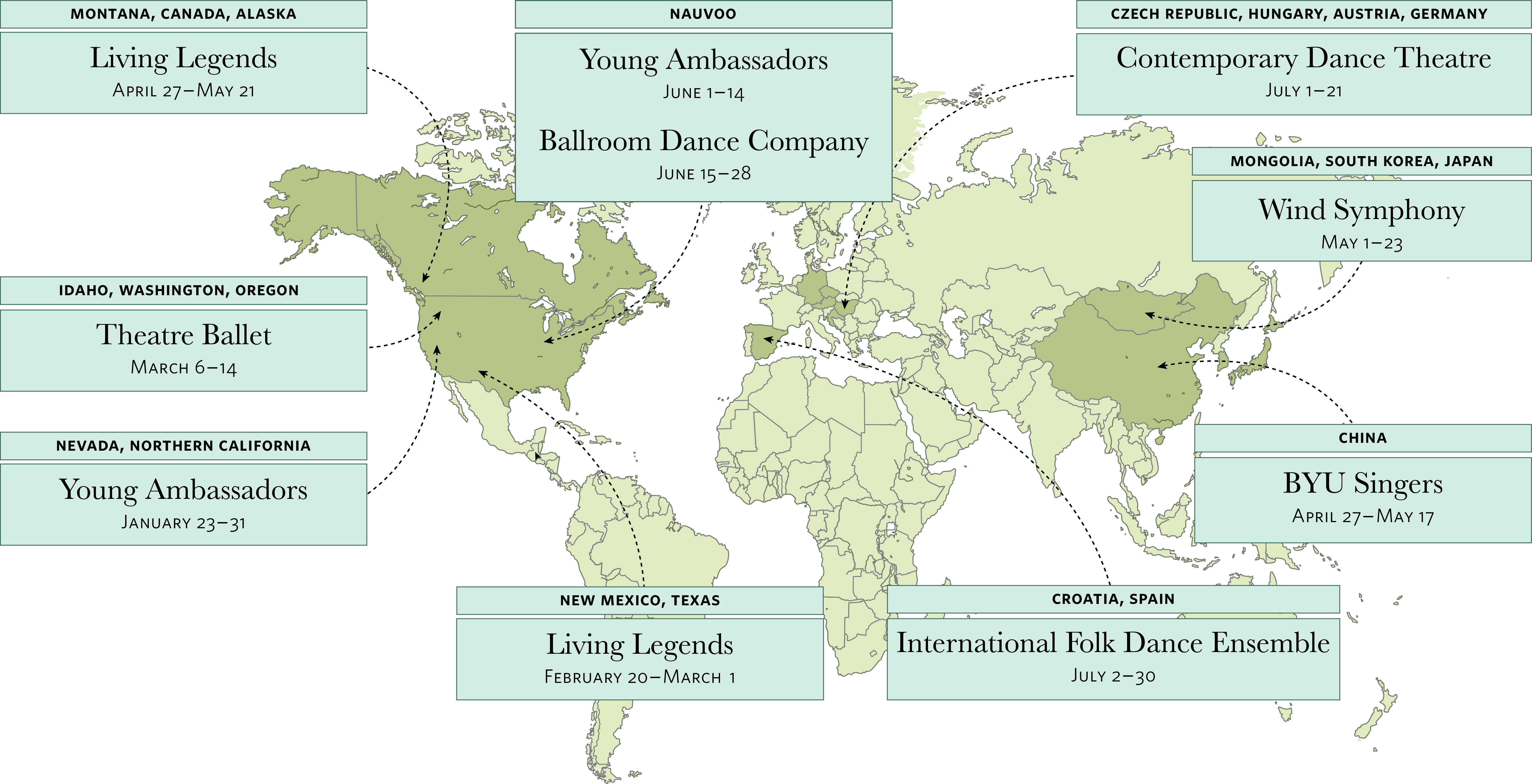 On April 27, Living Legends and the BYU Singers will leave for Canada and China, respectively, marking the beginning of the summer tour season for seven BYU performing groups. On May 1, Wind Symphony leaves for Japan, South Korea, and Mongolia. The Young Ambassadors and Ballroom Dance Company will each perform nightly for two weeks in Nauvoo, Illinois. Contemporary Dance Theatre will perform throughout Eastern Europe including Slovakia, Germany, Hungary, and the Czech Republic starting July 2nd. And the American Folk Dance Ensemble will finish off the summer tours with performances in three different dance festivals in Croatia and Spain in July. 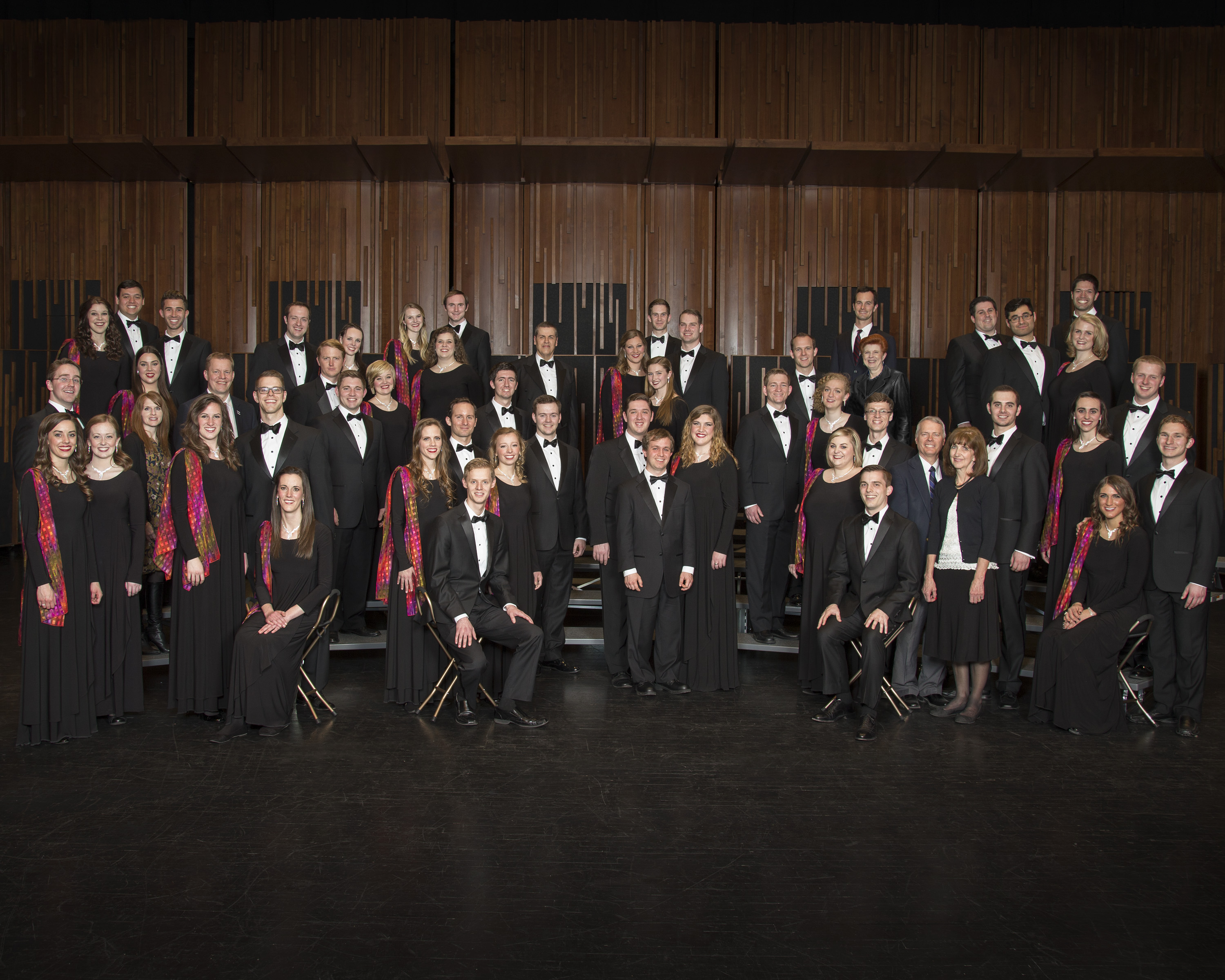 BYU Singers in China The BYU Singers depart on April 27<sup>th</sup> for an exciting three-week tour of China, the first time this performing group has visited that impressive country. But while it is the first visit, it will be an exciting one as ten different cities will be visited and in many cases the BYU Singers will be collaborating with local university and community choirs. Many of these choirs have had prior interaction with BYU through the work of Dr. Ronald Staheli either through his visit to their cities in the past years, or their visit to the BYU Campus. The result for the tour this year will be workshops and joint public concerts in several locations. This year also marks the tenth anniversary of BYU’s relationship with the China Performing Arts Agency (CPAA). As a result, the Singers will participate once again in the Meet in Beijing Arts Festival (which occurs every May), and CPAA has helped arrange several concerts in major concert halls across China.  In Beijing the Singers will be featured in two public concerts and one outdoor presentation (in the Chaoyang Choral Festival). Additionally, the choir will be giving a special short concert on the Great Wall, and 2 choral workshops with Beijing area choirs. Academic Vice President Brent Webb and his wife Amy, and Erlend Peterson, Associate International Vice President, will be the VIP delegation representing BYU in Beijing at a special “Big Sky Country” barbeque hosted by the US Ambassador to China and commemorating the inauguration of the Meet in Beijing festival this year. The United States is being given special recognition this year in that festival.  Stephen Jones, Dean of the College of Fine Arts & Communications, will also be with the group in Beijing and these administrators will host BYU friends and guests specifically at the Beihang University concert of the BYU Singers on April 30th. Following the week in Beijing, the tour will travel to Tianjin, Jinan, Kaifeng, Xi’an, Hangzhou, Jinhua, Shanghai, Wuxi, and Changzhou. In addition to concerts and workshops in each of these locations, the students in the group will expand their education started this past semester regarding China by visiting important cultural and historical sights, museums, and tasting the local cuisine. All are excited about the fantastic experience ahead of them as they journey to China this year. 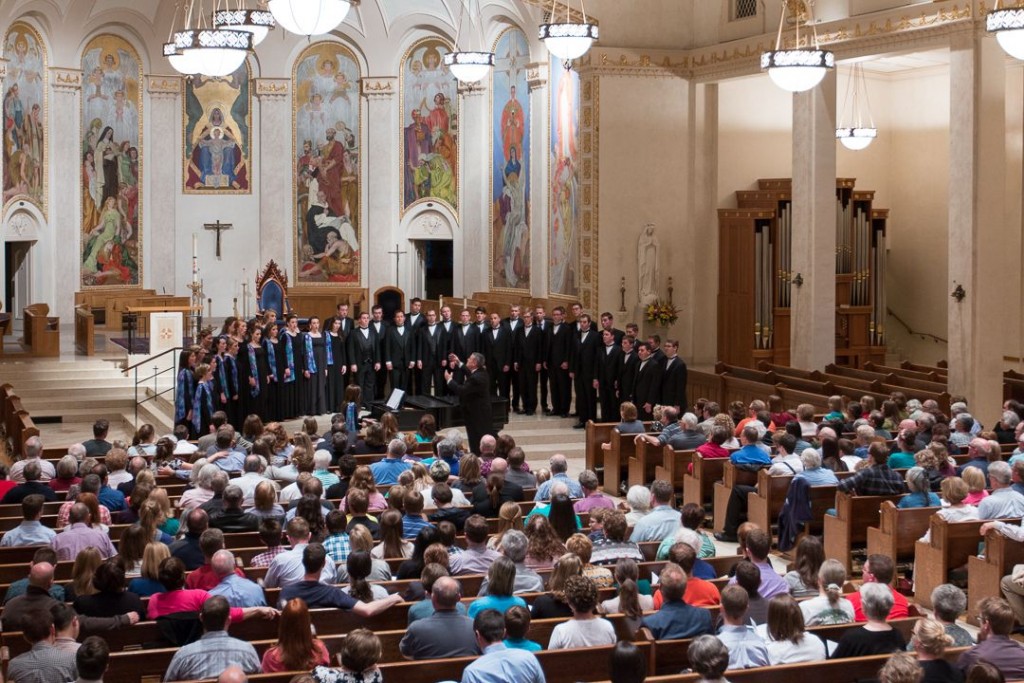 The BYU Singers have performed in many prestigious venues across the globe, and look forward to presentations in many more fine concert halls of China this year. 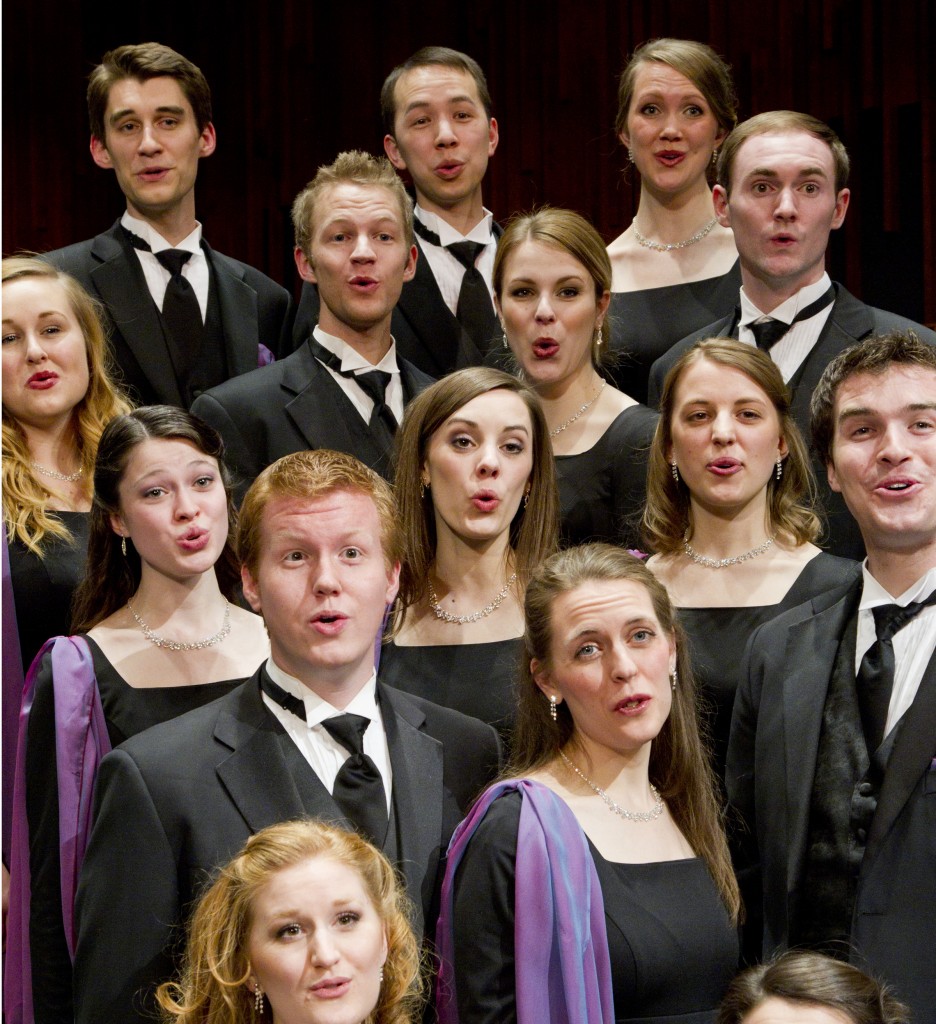 In addition to singing in English, Latin, and other languages, the BYU Singers will perform in Chinese, to honor their host country 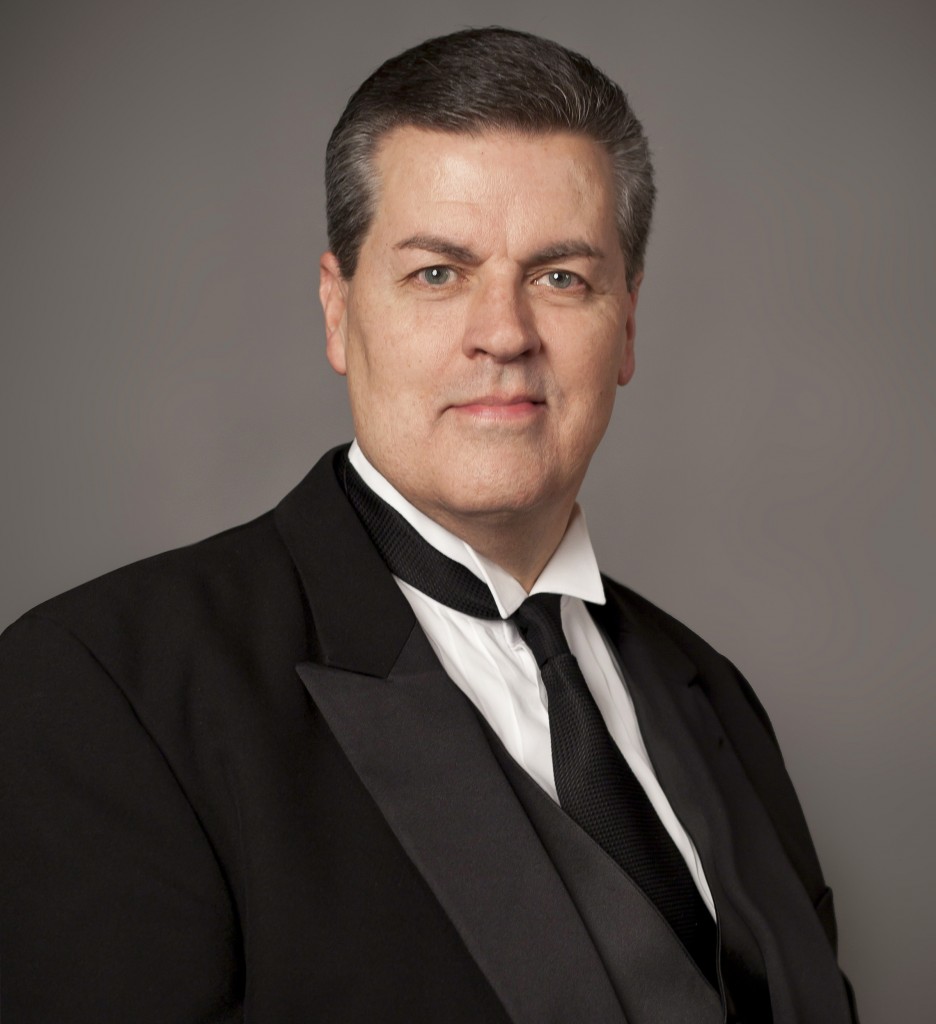 In China, Ronald Staheli will direct the BYU Singers for the last time on tour before retiring 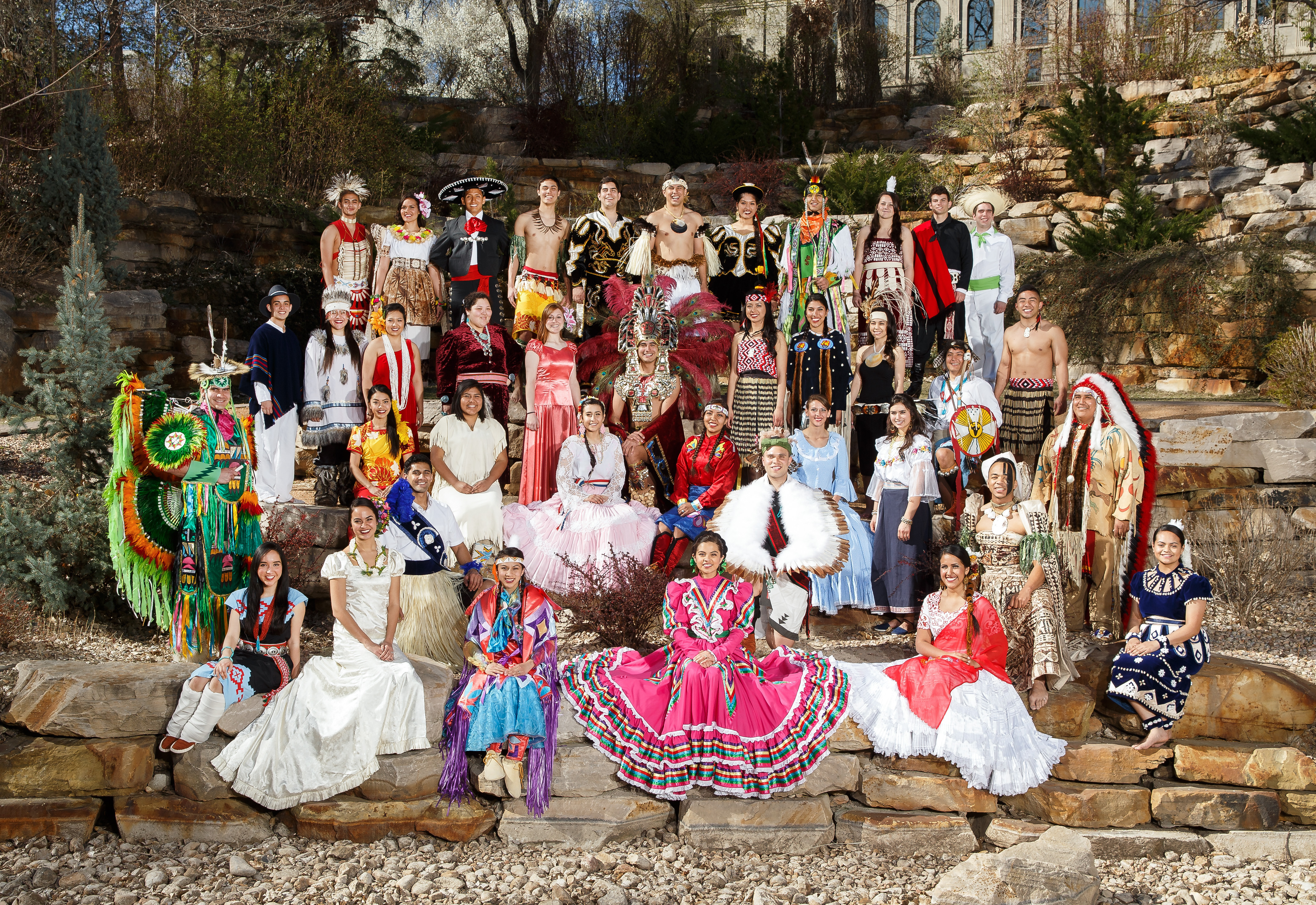 Beginning April 28<sup>th</sup>, 2015, the Living Legends will travel to Kalispell, Montana before continuing to Cranbrook, Penticon, Vernon, Merritt, Kamloops, Prince George, and Prince Rupert, British Columbia. On May 9<sup>th</sup> the team will continue to Alaska, ferrying and driving between Ketchikan, Juneau, Fairbanks, and Anchorage. This tour marks the Living Legends fourth tour of Alaska and fifth to British Columbia. Along with numbers from the Latin and Polynesian cultures, the ensemble is excited to share dances native to the region of Alaska and British Columbia. The native Alaskan dance Yupik expresses through the hands of the dancers fishing exploits and the building of friendships. A Native American number called “Go My Son,” emphasizes the importance of family, education and service. These dances have a special meaning when performed as a gift to their native people. Artistic director Janielle Christensen shared some thoughts as the team makes its final preparations for the tour. "It is such a rich and important experience. Together with the audience, we explore the diversity of music, dance, and costuming in these tribes.  We meet with the people and learn from them. By visiting these cultures, we get the dance's most authentic history to incorporate into our show. We meet the people and hear how they pass down their story through these dances. It is so important for these students, who are also working to keep their culture alive. It enriches us personally and enhances our show." 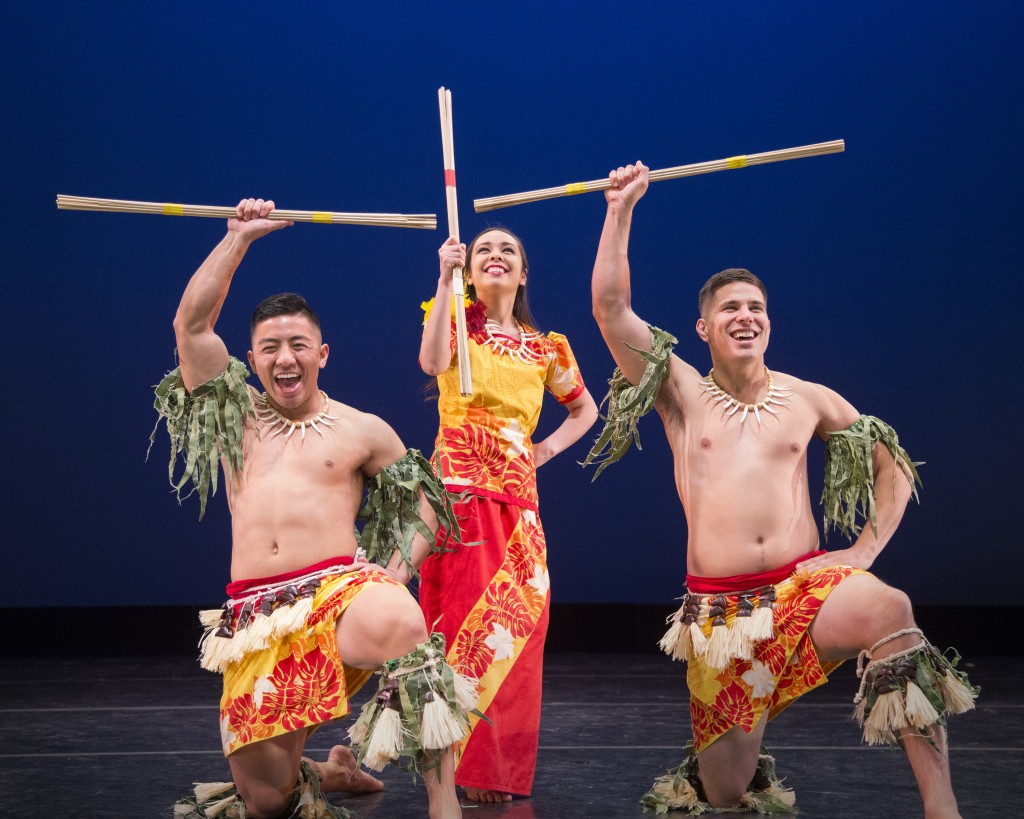 BYU's Living Legends looks forward to representing the Polynesian culture to it's audiences with numbers like "Sasa, Lapa Lapa, Slap". 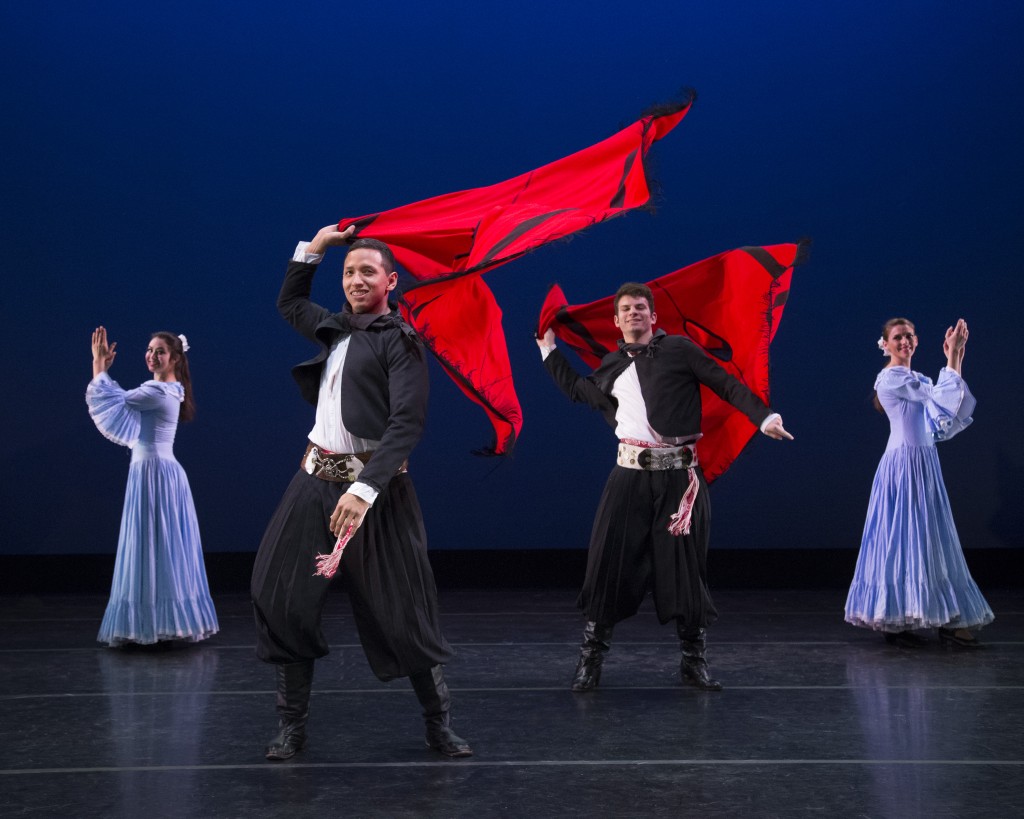 "The Chacarera" is one of many dances that represent the rich history of Latin America. 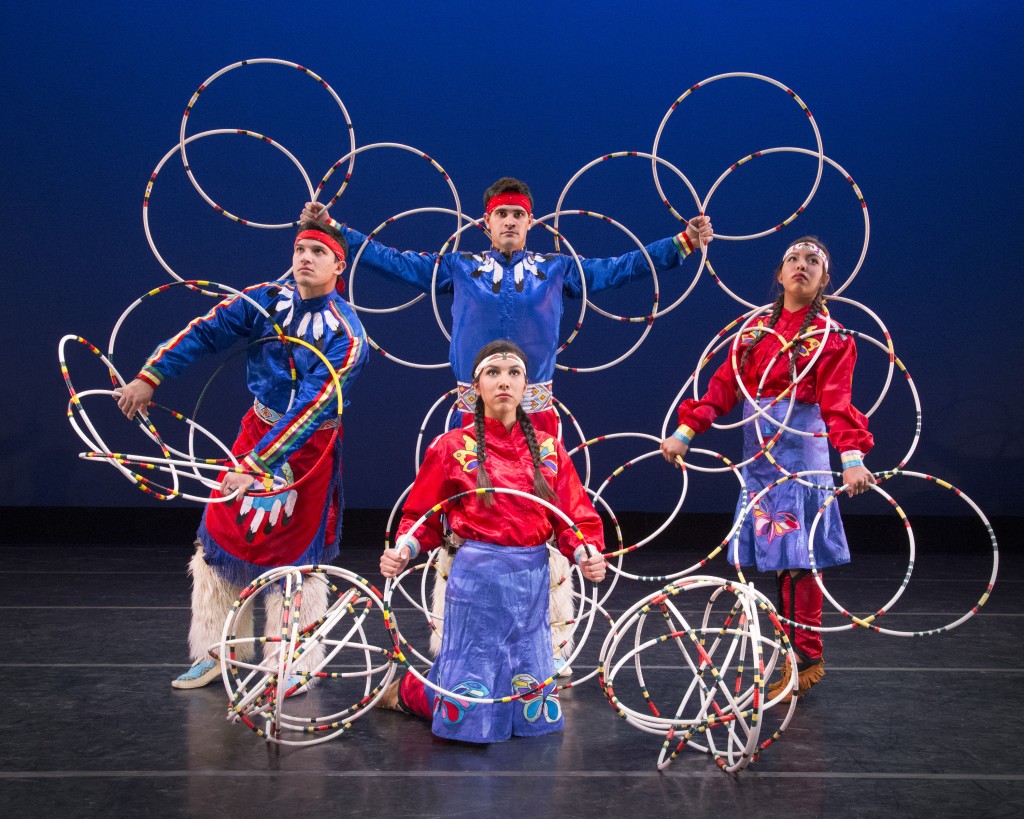 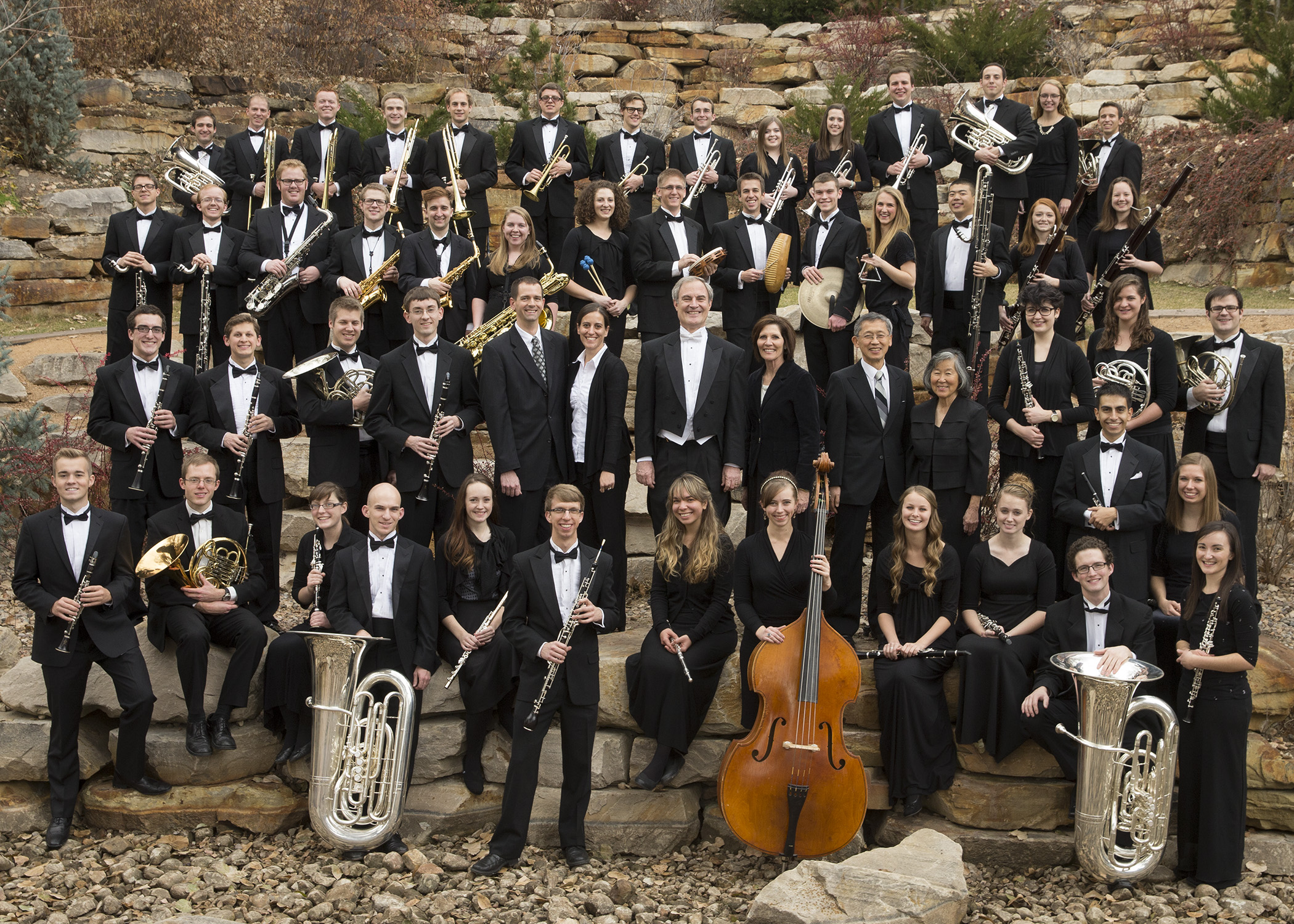 The BYU Wind Symphony is excited to return to South Korea and Japan after a successful tour to those countries in 2009.  Fortunately, they will also be adding the beautiful and culturally rich country of Mongolia to this tour. The tour begins with an arrival in Ulaanbaatar, Mongolia on May 2<sup>nd</sup>.  The Wind Symphony will be only the second BYU performing group to ever visit Mongolia.  While in Ulaanbaatar the students will have opportunities to present a fireside, enjoy an activity with the young single adults, and share in multiple workshops with local students.  The hallmarks of the visit will be two performances in the beautiful Independence Palace in the center of Ulaanbaatar. The next stop will be South Korea, where friends and members are anxious to once again receive the talented students of Wind Symphony.  The group begins with a performance in Gwangju, one of fastest growing areas of the Church in Korea and an excellent place to enjoy Korean barbeque, or Bulgogi.  They will travel to Busan and perform as they did in 2009 with Jin Yhoun Baek and the Busan Wind Symphony for a wonderful evening of shared music.  The musical cooperation continues in Seoul as they enjoy a combined performance with the US 8<sup>th</sup> Army Band one night, and the Camarata Choir the next. The final week of the tour will be spent in beautiful Japan.  The Wind Symphony begins with a performance near Fukuoka, moves on to perform in Tokyo and Nagoya, and finishes in Osaka.  Along the way the students will experience the Japanese countryside as they ride on the high-speed trains between cities.  They will also have opportunities to engage in workshops at schools and, of course, experience the rich history and culture of Japan.  Everyone is anxious and prepared to begin this exciting journey. 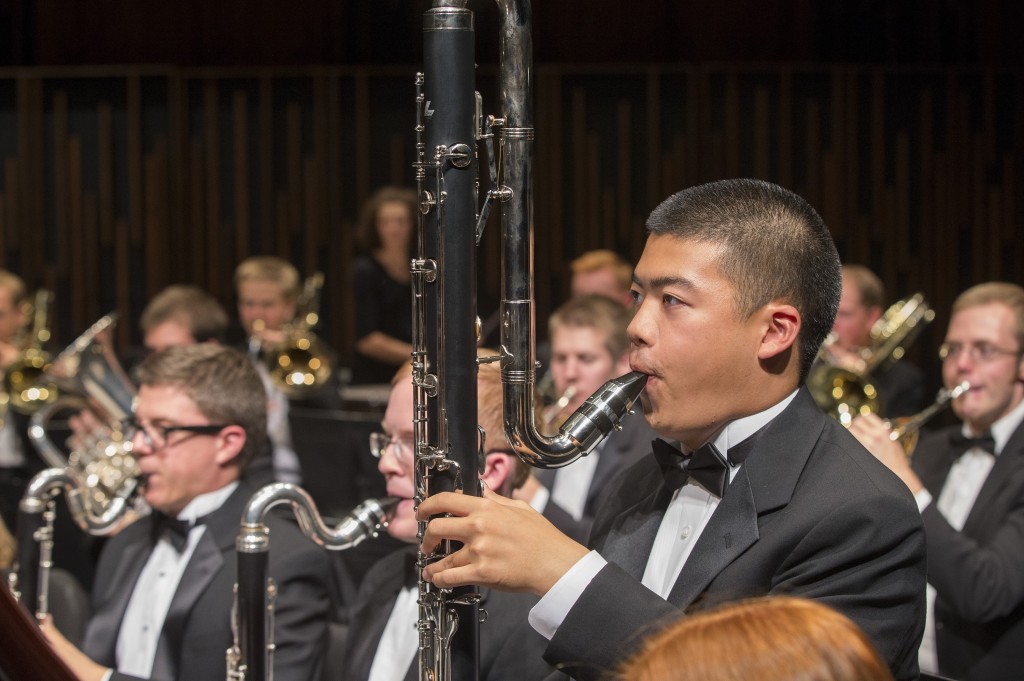 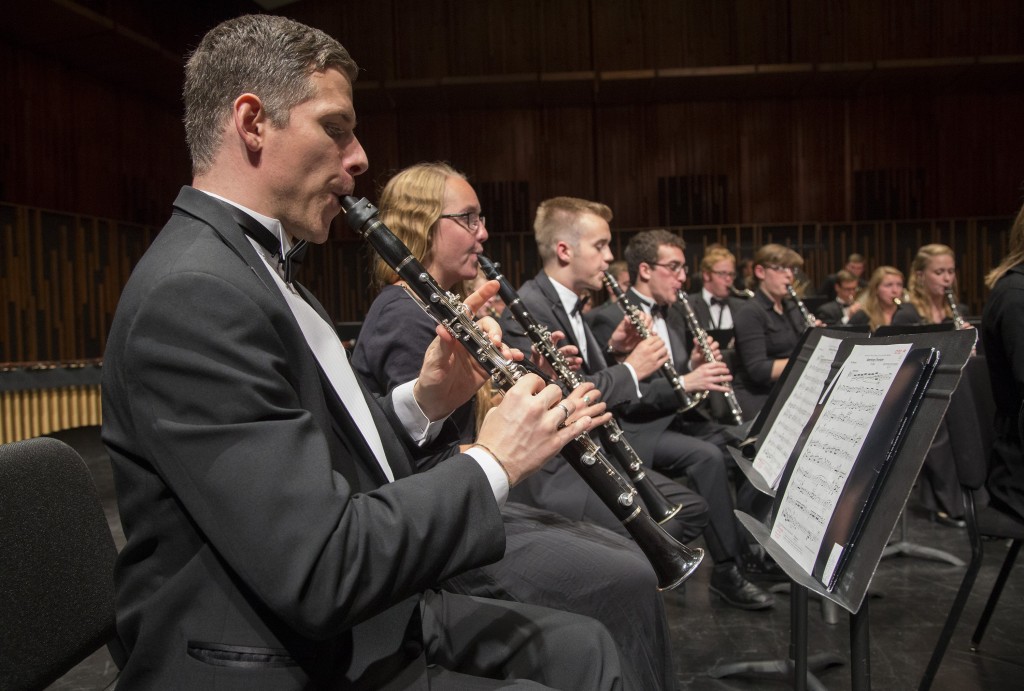 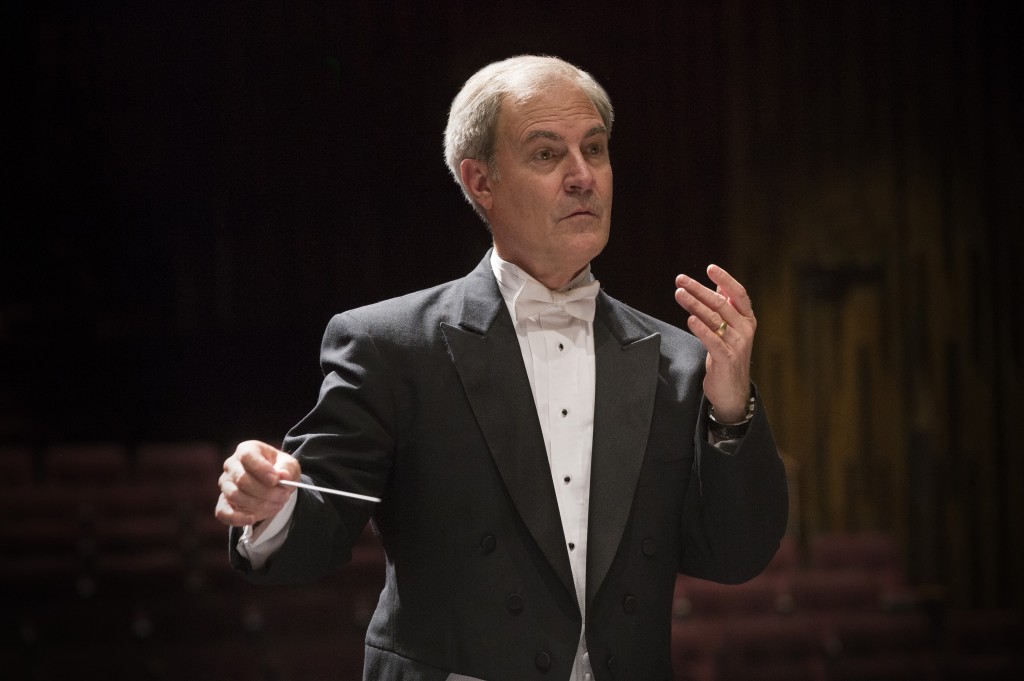 Dr. Don Peterson once again directs the Wind Symphony in this encore tour to Asia. 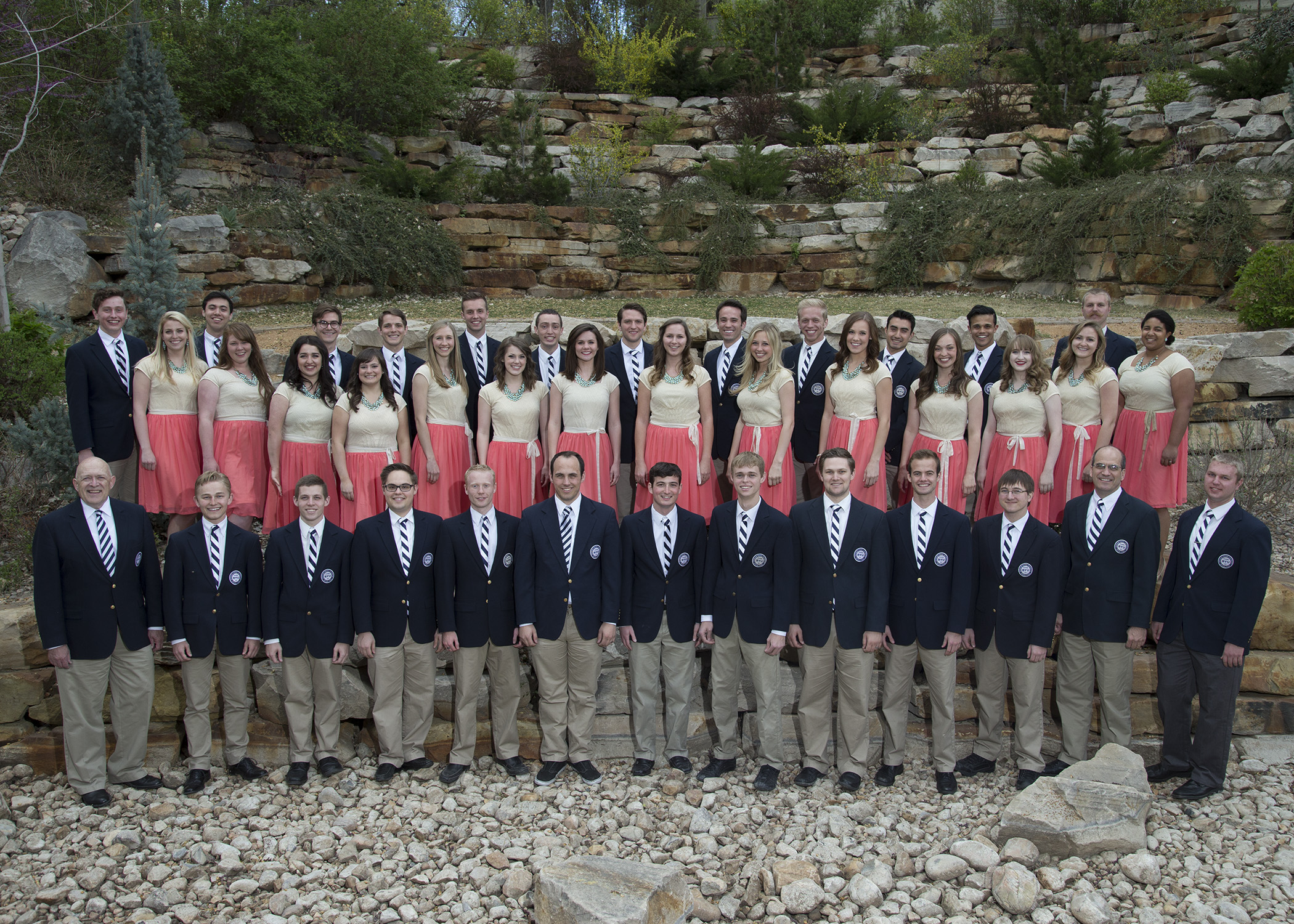 The Nauvoo mission is excited to once again host the Young Ambassadors in early June.  The group’s busy touring season will culminate in Nauvoo by presenting nightly performances of their current show <em>Heartsongs: Melodies of Love</em>, a stage production celebrating favorites from some of America’s best-loved musical scores. Along with entertaining audiences each evening, the Young Ambassadors will have opportunities to promote the Church history sites during the day with visits to nearby communities.  They will perform for community-sponsored events in Springfield, Macomb, and Keokuk, Illinois.  The group will also have the opportunity to provide service and entertainment in the communities of Hannibal, Missouri and Quincy, Illinois.

Creative choreography, including stunts, makes every moment memorable in the Young Ambassadors’ show, 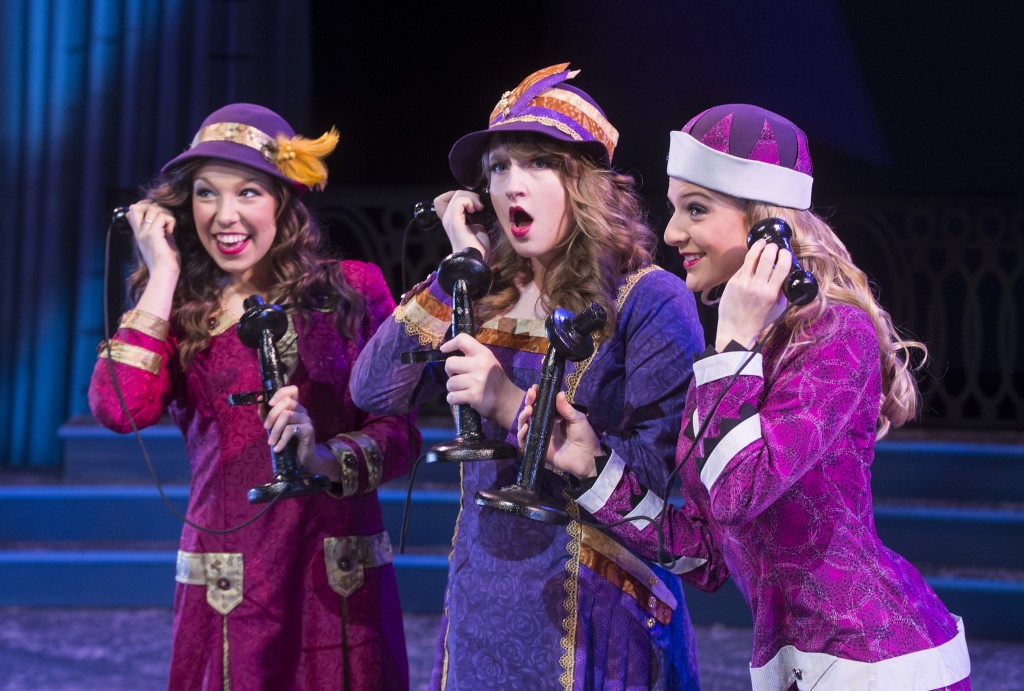 "Heartsongs: Melodies of Love" features some of the world's all-time favorite love songs. 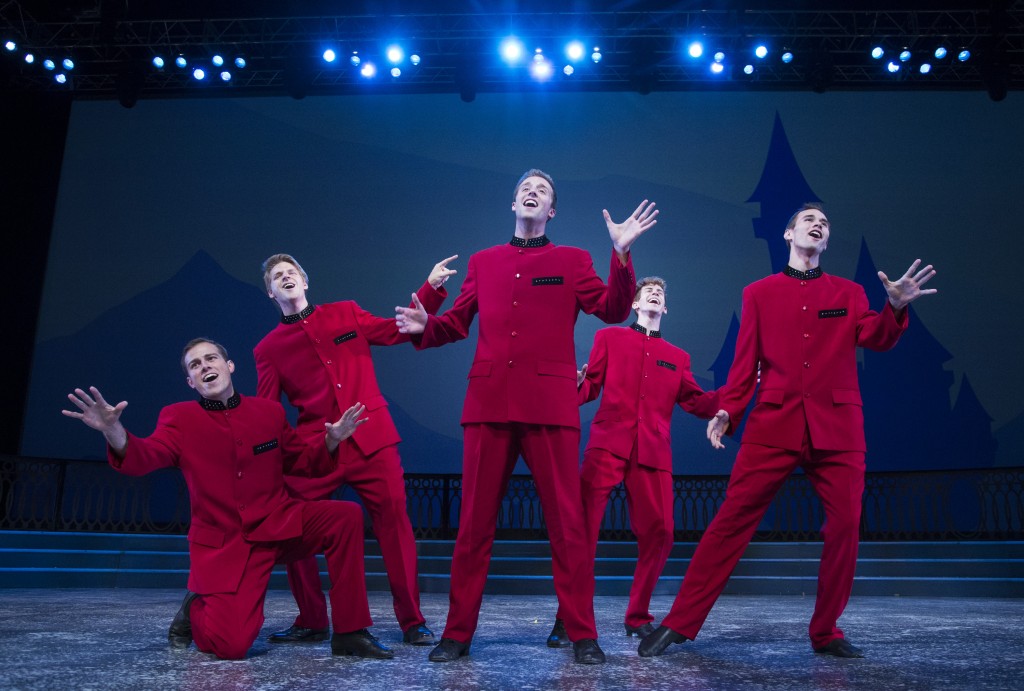 The Young Ambassadors perform a wide variety of vocal styles, from the Beatles to Broadway. 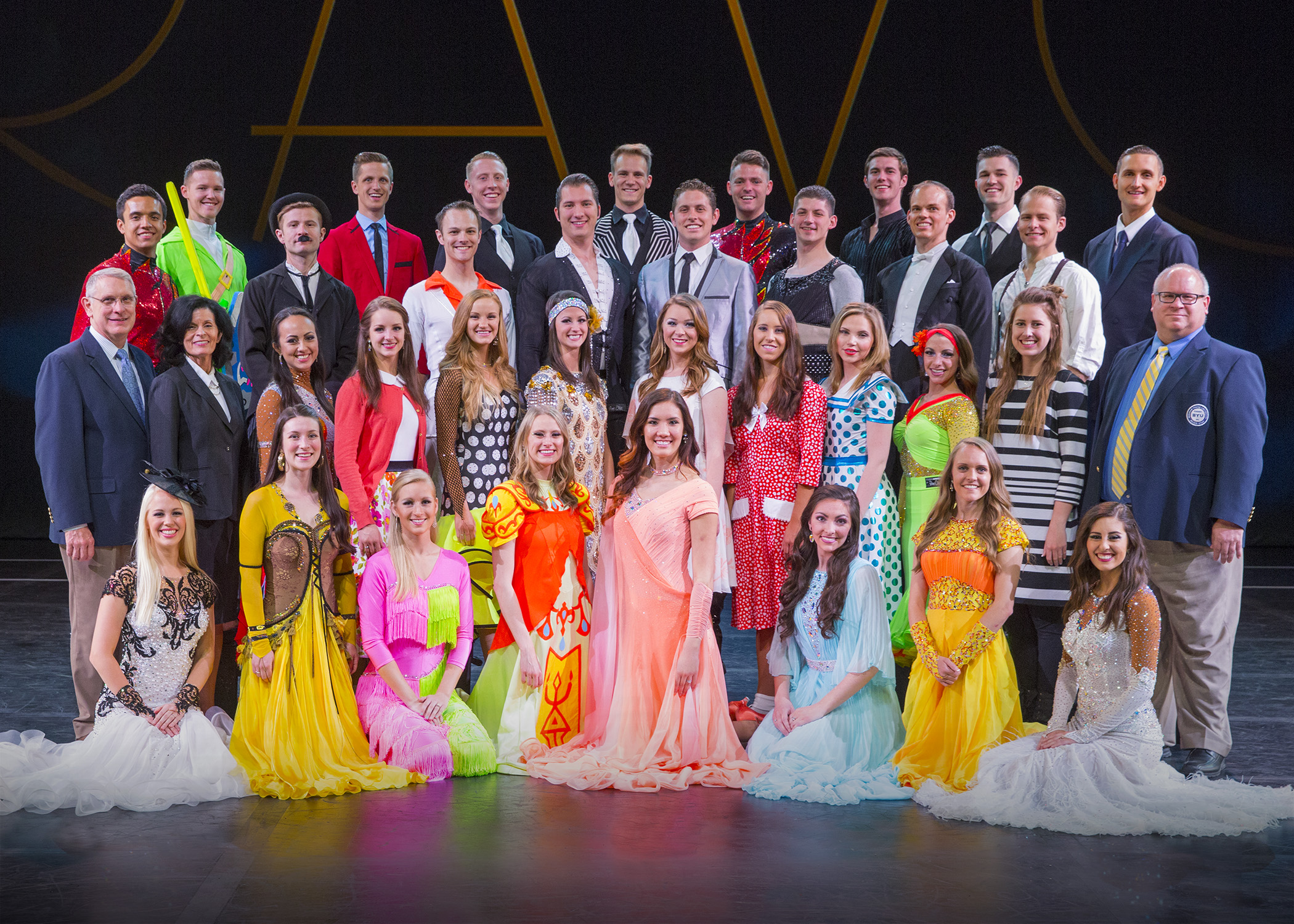 The Ballroom Dance Company will shortly head to the banks of the Mississippi to bid a fond welcome to the guests of Nauvoo.  They will be presenting their current showcase, <em>Capture the Magic</em>, which features a wide variety of dances ranging from the Viennese Waltz to the West Coast Swing and including solo, small group, and full company numbers. The ballroom dancers will be performing nightly in the beautiful setting of the Nauvoo outdoor stage.  The group is anxious to experience the history and spirit of historic Nauvoo and share it with others.  They will perform at the Lincoln Presidential Museum in Springfield, contribute to FairFest in Fairfield, and entertain community audiences in Burlington, Carthage, and Cedar Rapids.  There is already a buzz in Nauvoo about having this talented group return to their stage. 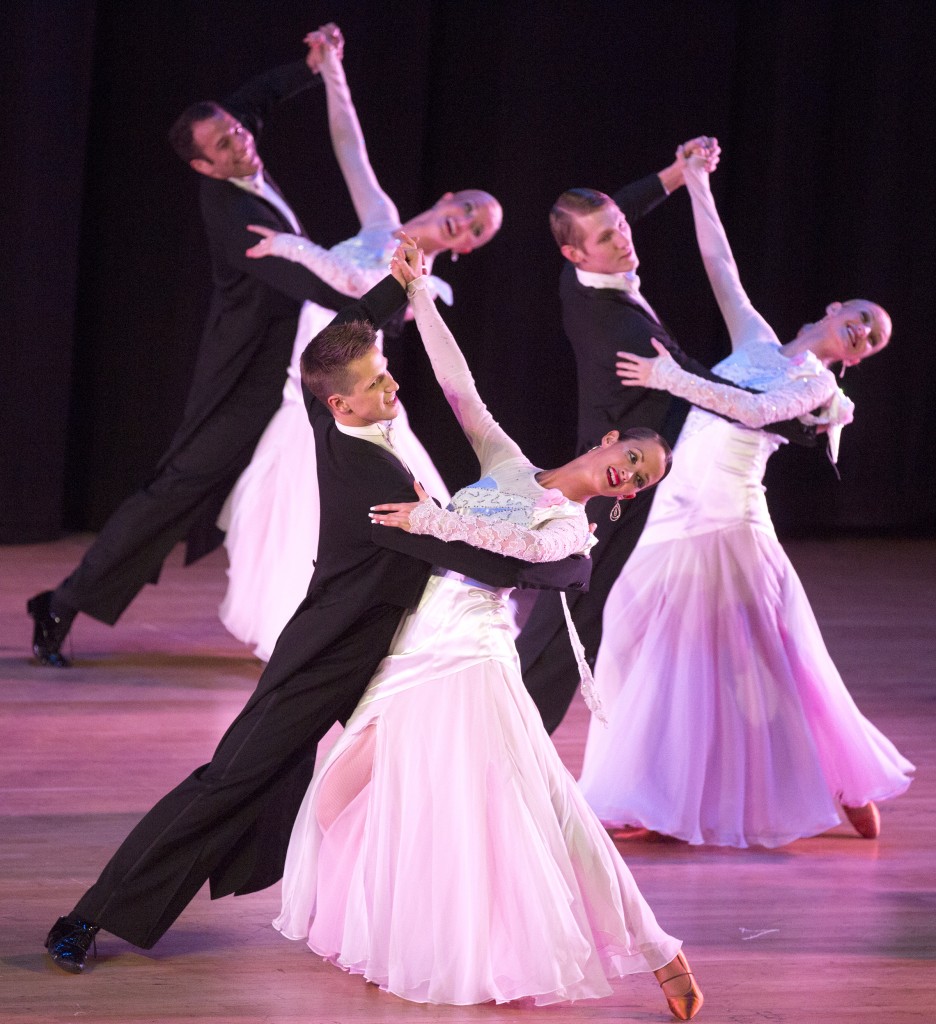 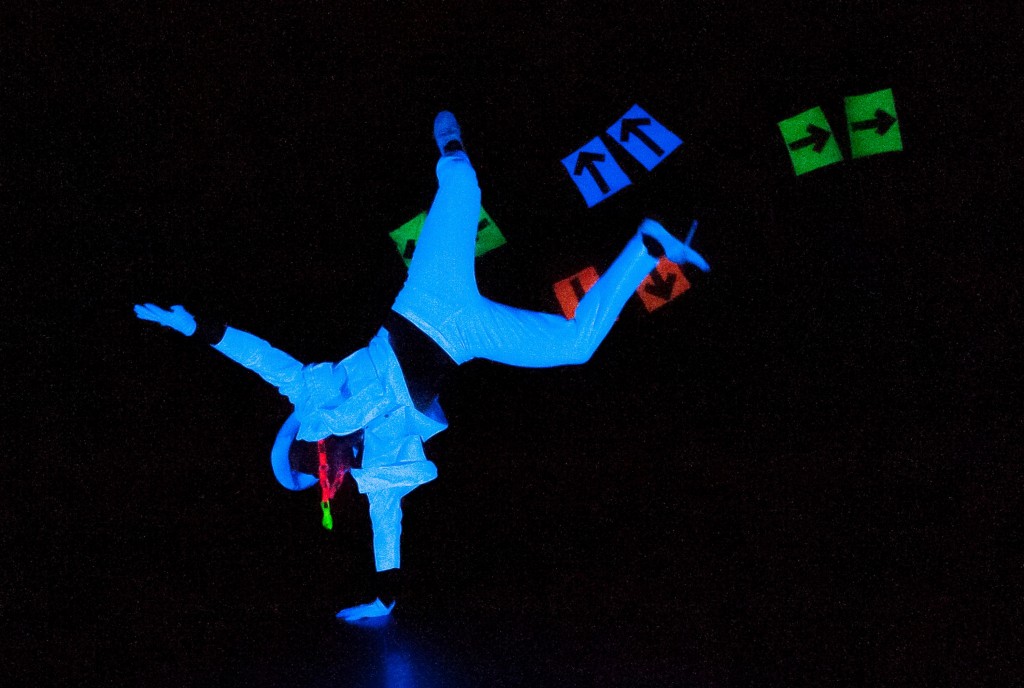 Crowd favorites like "Mictendo" use special lights, costumes, and choreography for an unforgettable experience. 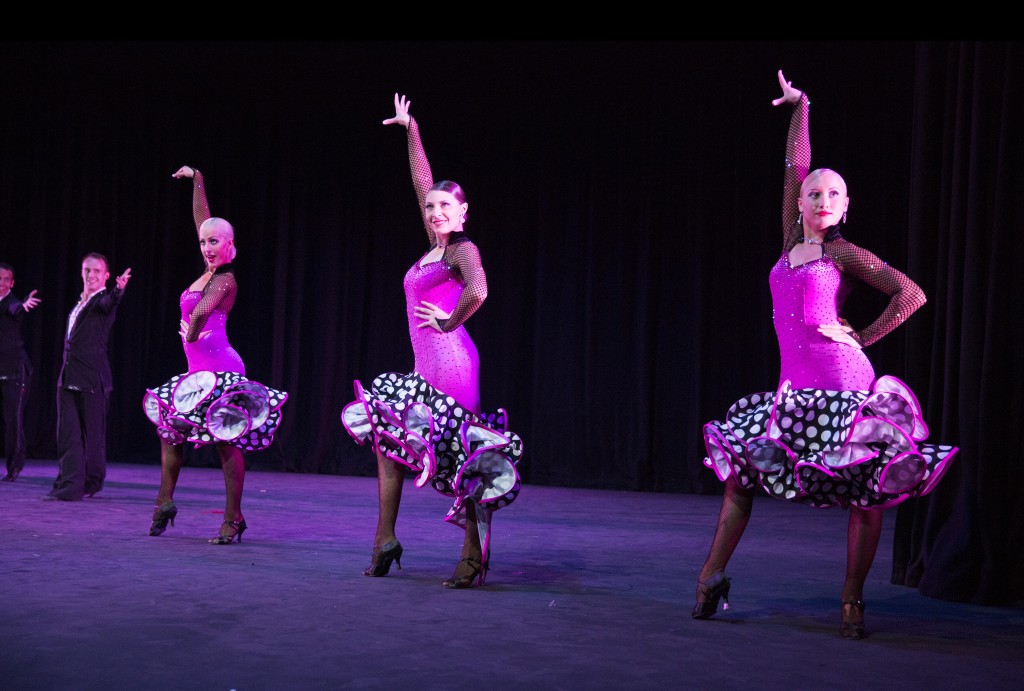 Dancers will perform onstage and in a variety of outreach facilities throughout Illinois. 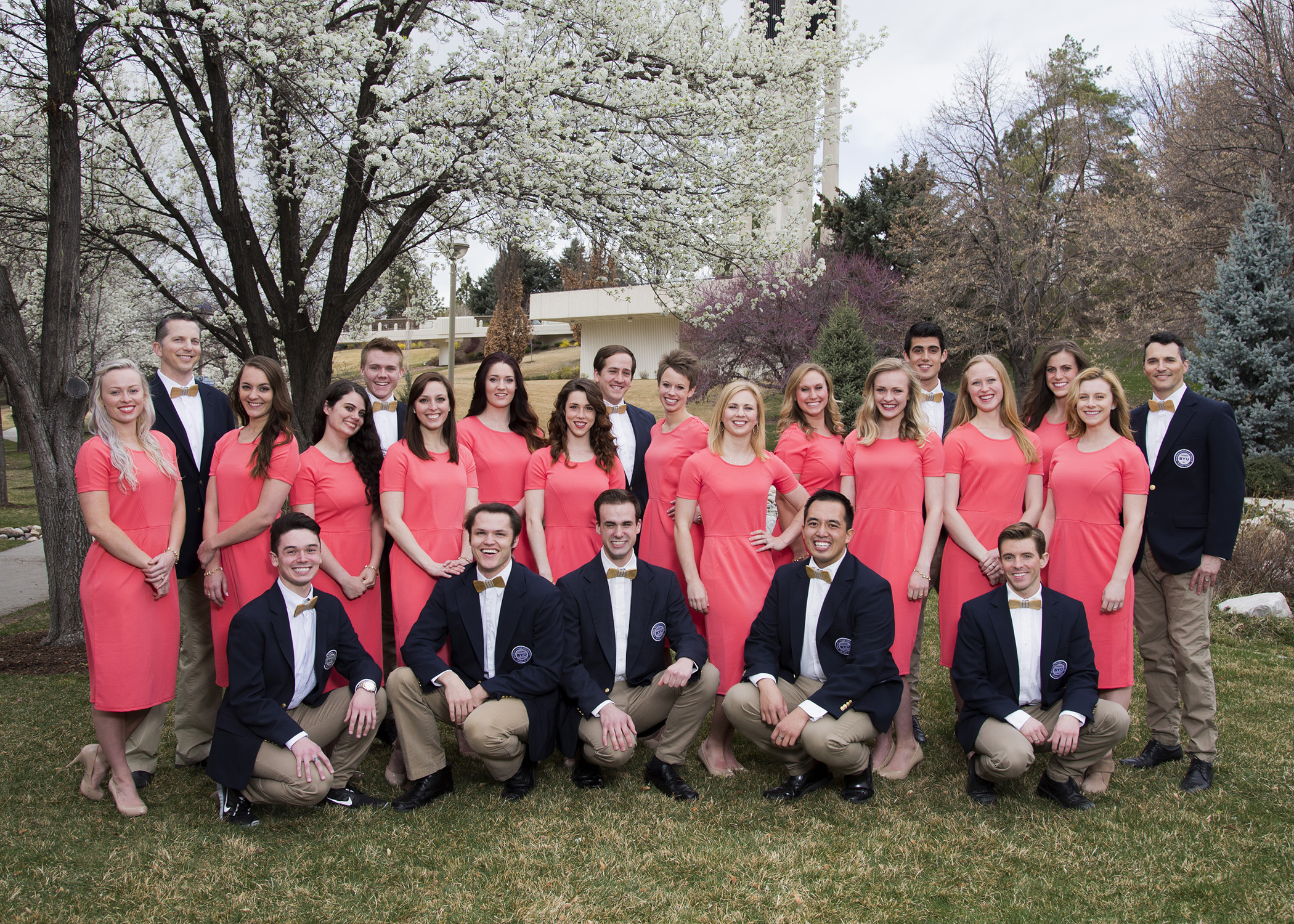 An international debut is making its way to Europe. Brigham Young University’s Contemporary Dance Theatre is unveiling their new show <em>Encounters </em>in the 2014-2015 performance season, including a tour to the Czech Republic, Hungary, Austria, and Germany. The group will arrive in the Czech Republic to participate in the New Prague Dance Festival on July 3<sup>rd</sup>. In addition to master classes and performances, members of Contemporary Dance Theatre will also offer a dance workshop to local young adults. On July 10<sup>th</sup>, the group will travel to Budapest, working with high school students and performing at the Bakelit Multi-Art Center. After a performance in Eisenstadt, Austria on July 13<sup>th</sup>, the team will bring a contemporary flair to historic Vienna. Members will perform a flash mob with local youth in the Museum Quartier on July 14<sup>th</sup>. The final performance will take place on July 16<sup>th</sup> at the Mainfranken Theatre in Würzburg, Germany. With experience on Broadway, artistic director Nathan Balser’s has helped the group grasp a new and creative approach to the contemporary dance genre. The team also works with other prestigious choreographers such as Ivan Pulinkala and Ihsan Rustem. 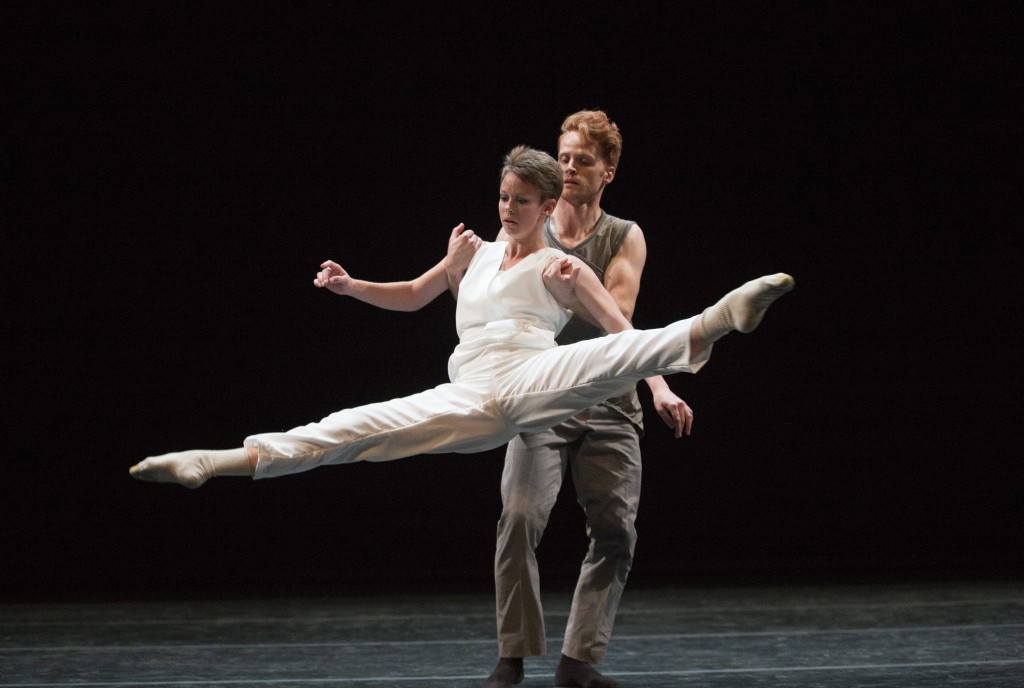 Contemporary Dance Theatre’s show Encounters invites all to see beauty in the unanticipated, find something new in the familiar, and be transformed by connections and exchanges. 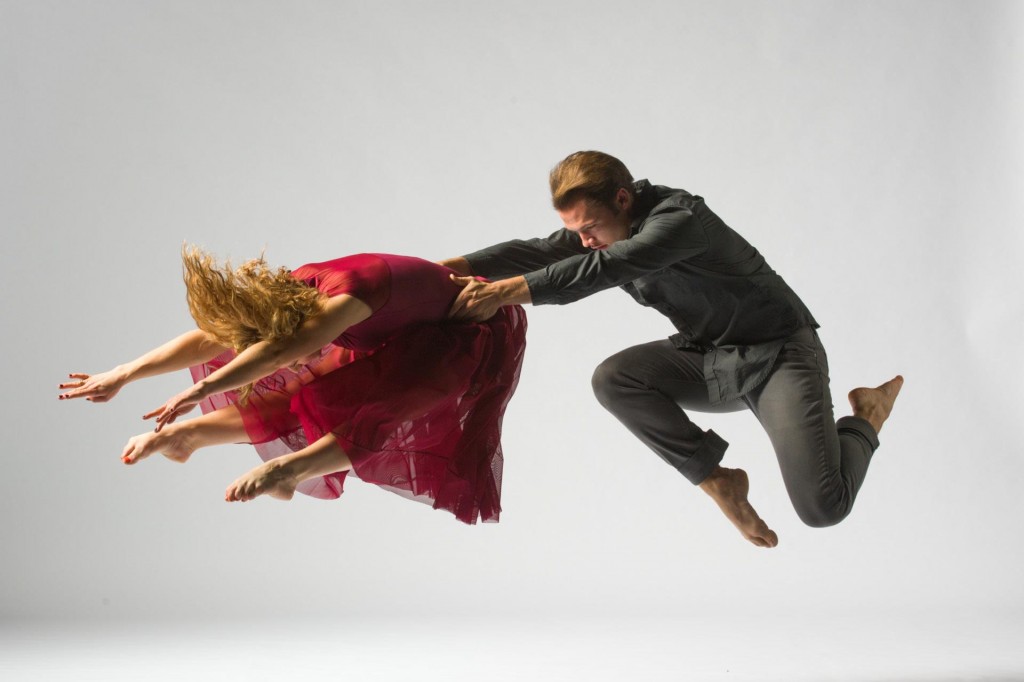 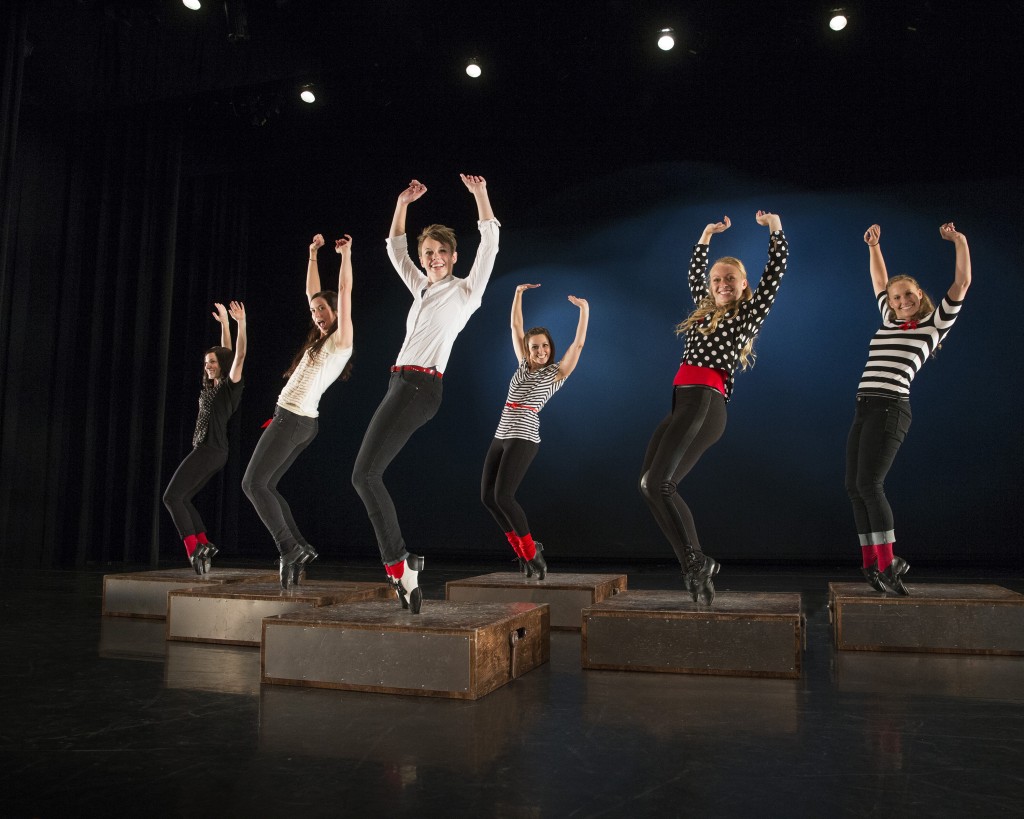 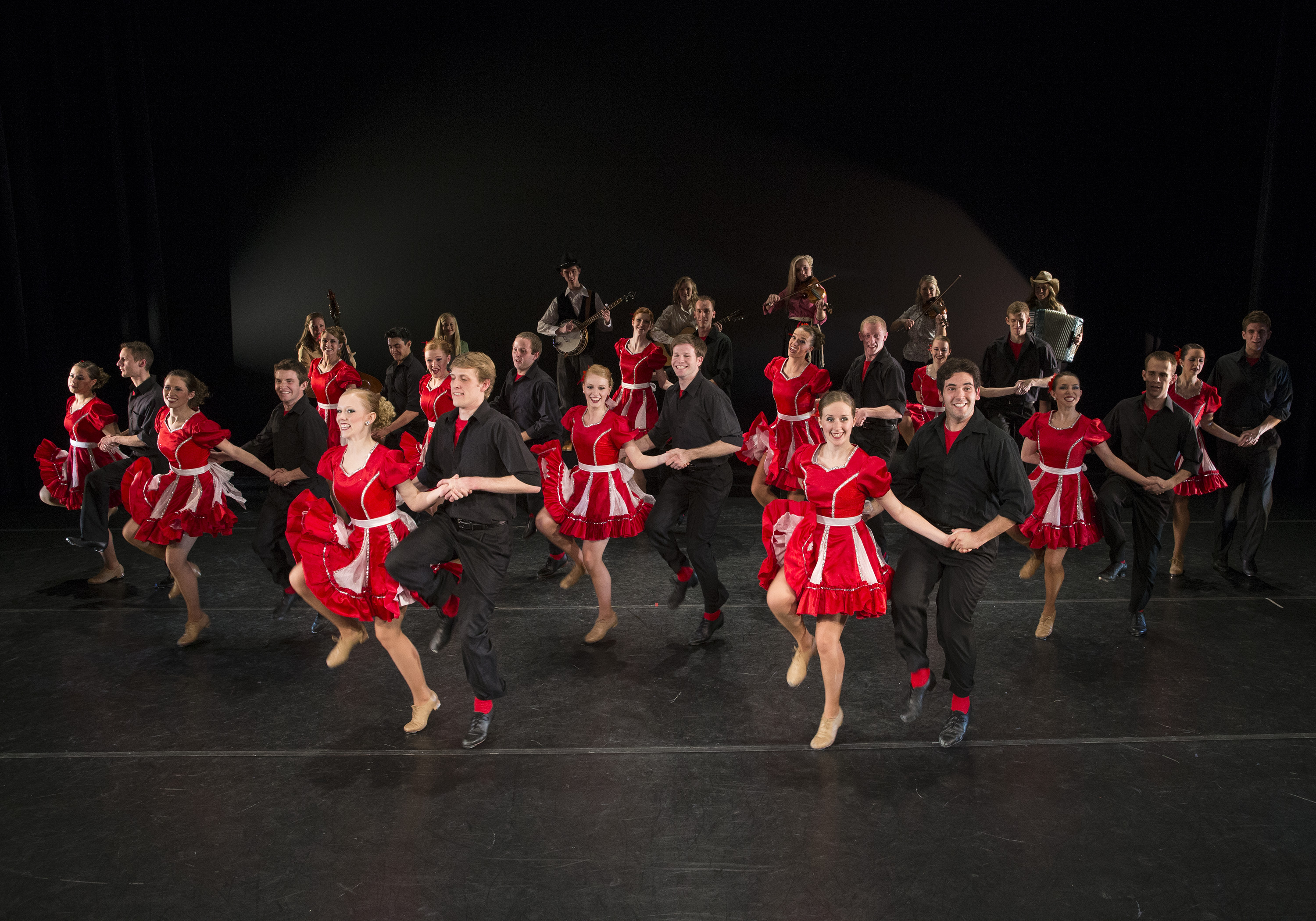 The largest university folk dance program in the country sets out on another international tour this summer. The American Folk Dance Ensemble will be featured in three different European folk festivals;  The International Folklore Festival in Karlovac, Croatia; ‘Ciudad de Burgos’ International Folkloric Festival in Burgos, Spain; and the Extremadura Festival in Badajoz, Spain. The group arrives in Croatia on July 3rd and will begin The International Folklore Festival on the 5th. Along with performing the ensemble will also have the opportunity to learn some Croatian folk choreography. After a week in Croatia the group will make their way over to Burgos, Spain. The ‘Ciudad de Burgos’ International Folkloric Festival will begin on July 15th and will go through the 18th. And lastly the group will travel to Badajoz, Spain and will participate in the Extremadura Festival from July 21st through July 26th. Throughout it all the ensemble is excited to showcase the traditional American folk dance and music to a diverse international audience as well as learn and interact with other folk dancers from around the world. 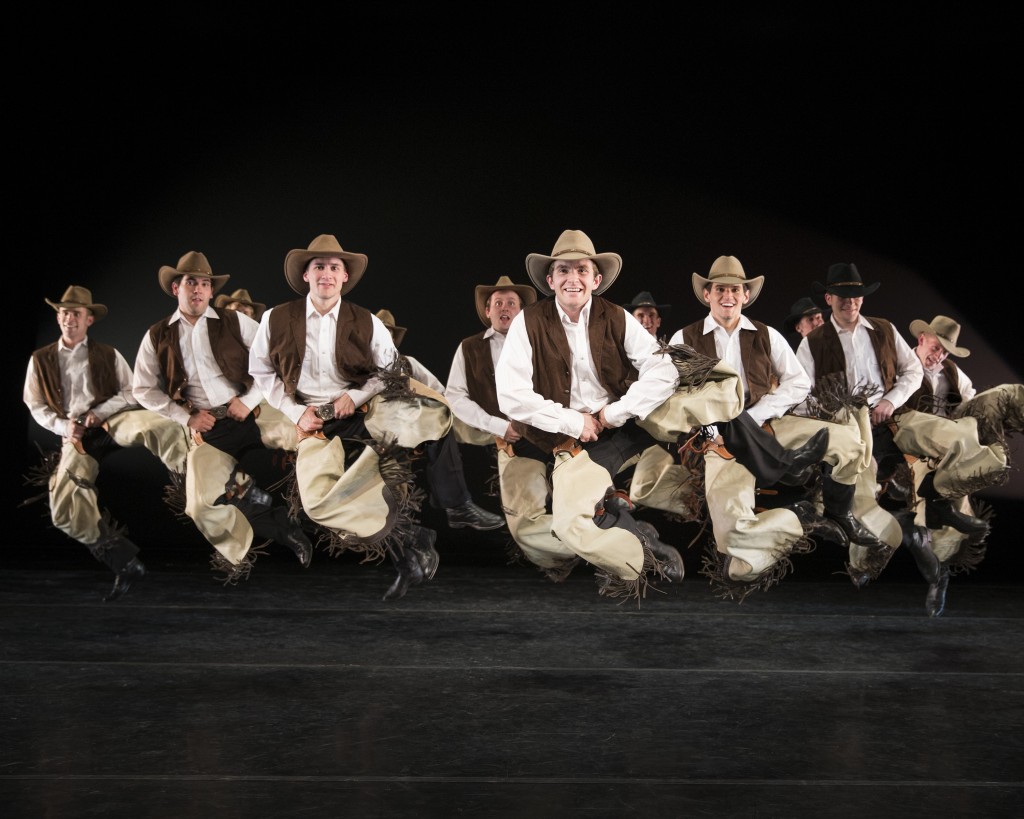 The American Folk Dance Ensemble has traveled the world since 1964 showcasing the best of American folk entertainment. 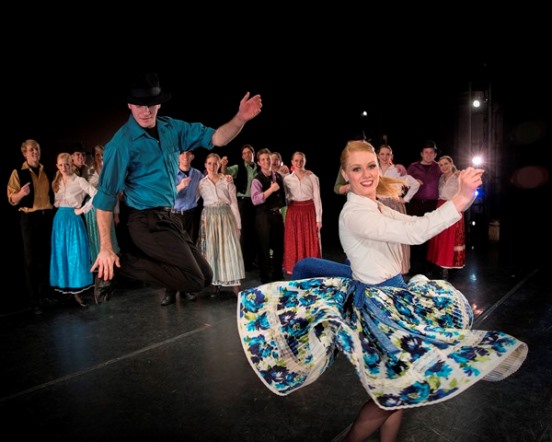 Journey represents the heartbeat of American culture through the years. 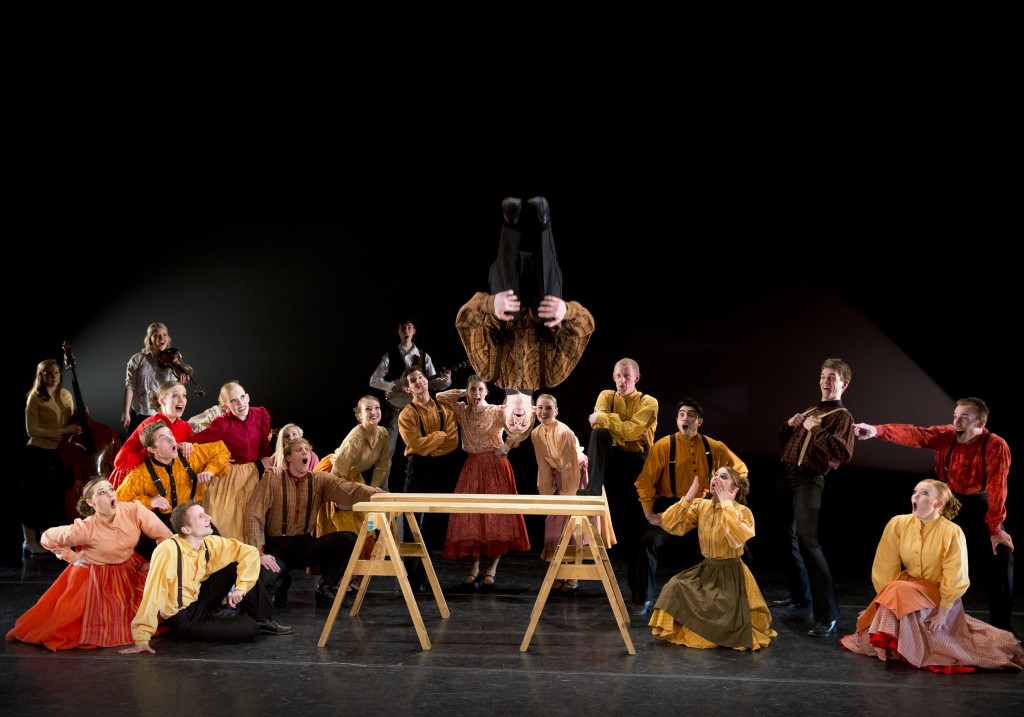