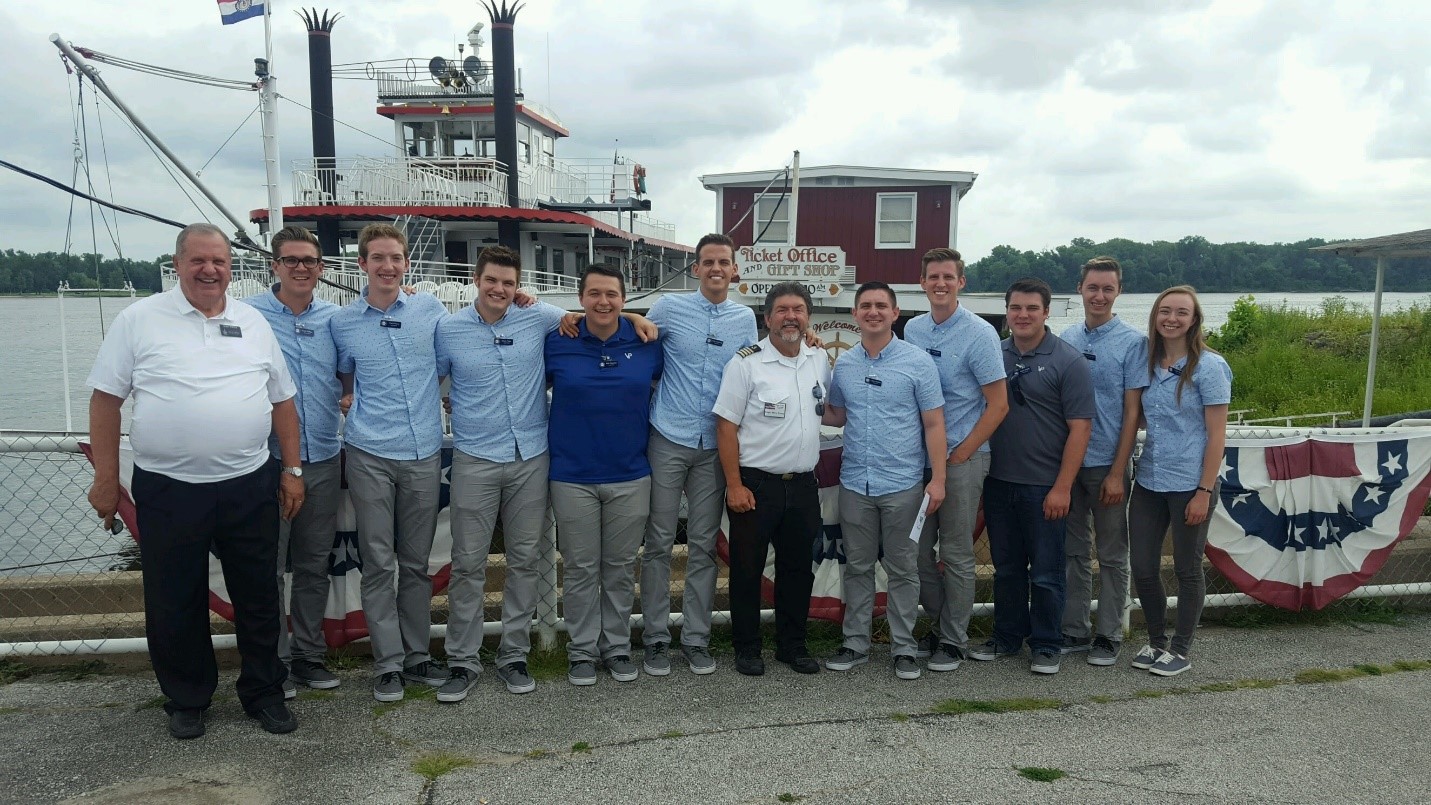 Vocal Point’s final week in Nauvoo, and special matinee performance in Des Moines, IA were outstanding experiences to conclude their tour this summer. Singing one weekday on the riverboat <em>Mark Twain</em>, the group was afterward invited to meet the ship’s captain.  He had been moved by the group’s music, which reminded him of a recently deceased daughter.  She was a singer, and especially loved a cappella music.  This resulted in another song, just for Captain Terry: “Nearer My God to Thee”.  He and his wife were able to come to Nauvoo that evening to enjoy a full Vocal Point performance in celebration of their experience together. The added matinee performance in Des Moines on the day the group left the Midwest attracted an audience of nearly 600.  This became a fitting finale for three of the group’s performers who were singing with Vocal Point for the last time – they have graduated from BYU.  A widely varied audience in Des Moines proved that Vocal Point’s social media efforts have broadened their fan base and increased the influence for good the group seeks to have. Other highlights of the week included: <ul> <li>An outreach performance in Carthage, IL, followed by a service project helping to clean the historic Legacy Theatre.</li> <li>Additional outreach performances in Keokuk and Fort Madison, IA.</li> <li>Experiencing a pioneer handcart trek for three miles along a trail in Nauvoo.</li> <li>Activities in historic buildings such as the Nauvoo Seventies Hall, Nauvoo Temple, and the Old Cultural Hall.</li> <li>Presenting a devotional fireside in Des Moines, IA.</li> </ul> 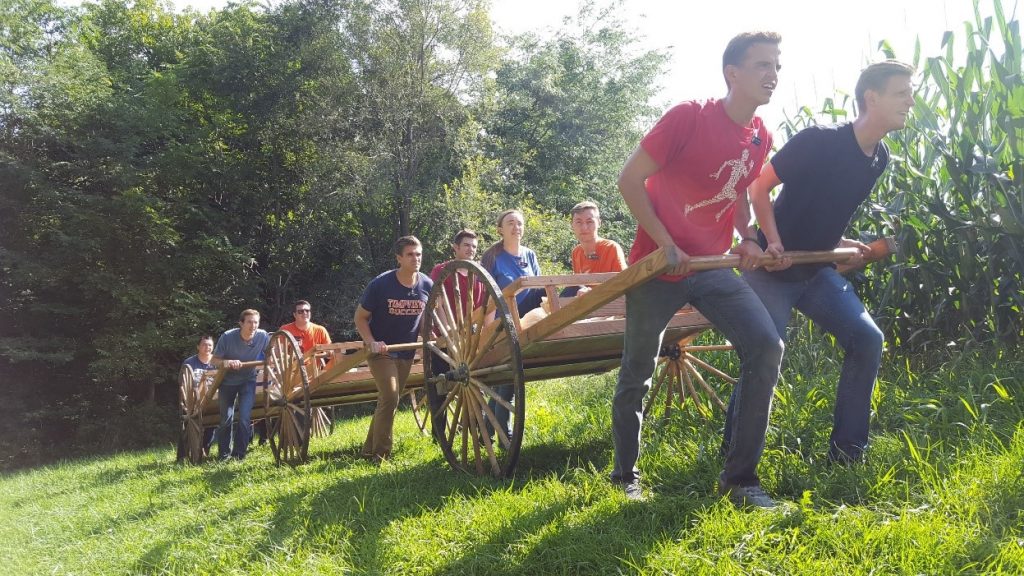 Vocal Point pulling handcarts on the three-mile trail in Nauvoo 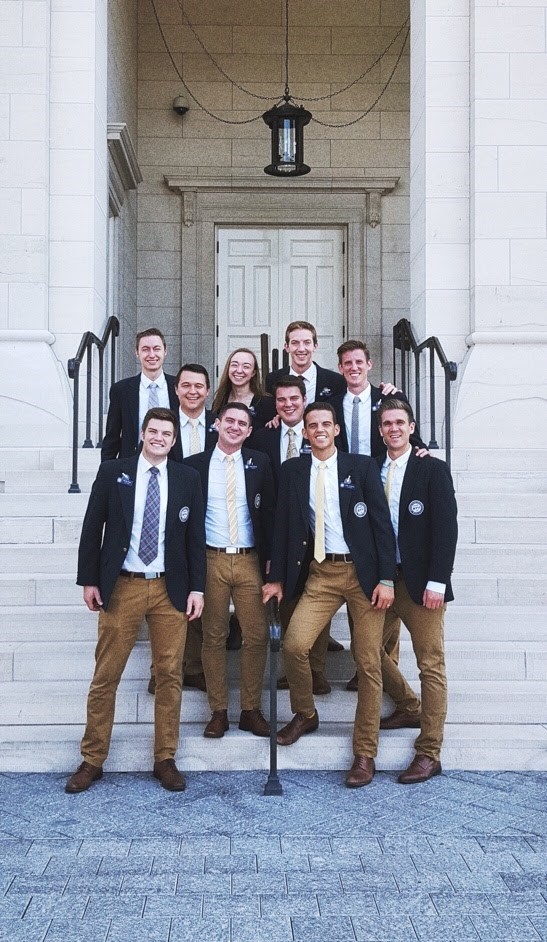 Vocal Point in front of the Nauvoo Temple, following a session inside. 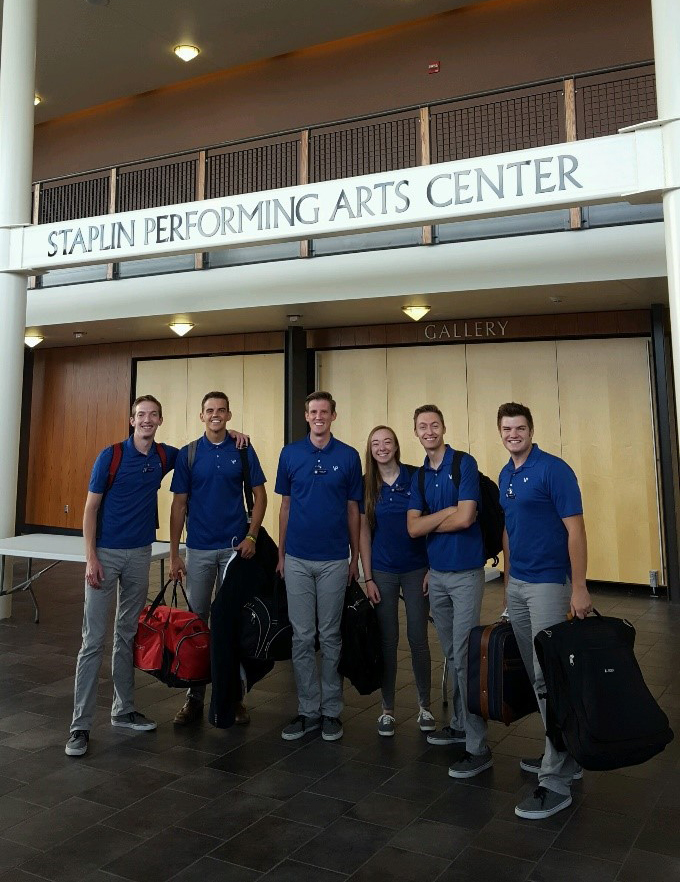 Vocal Point getting ready to perform in Des Moines.