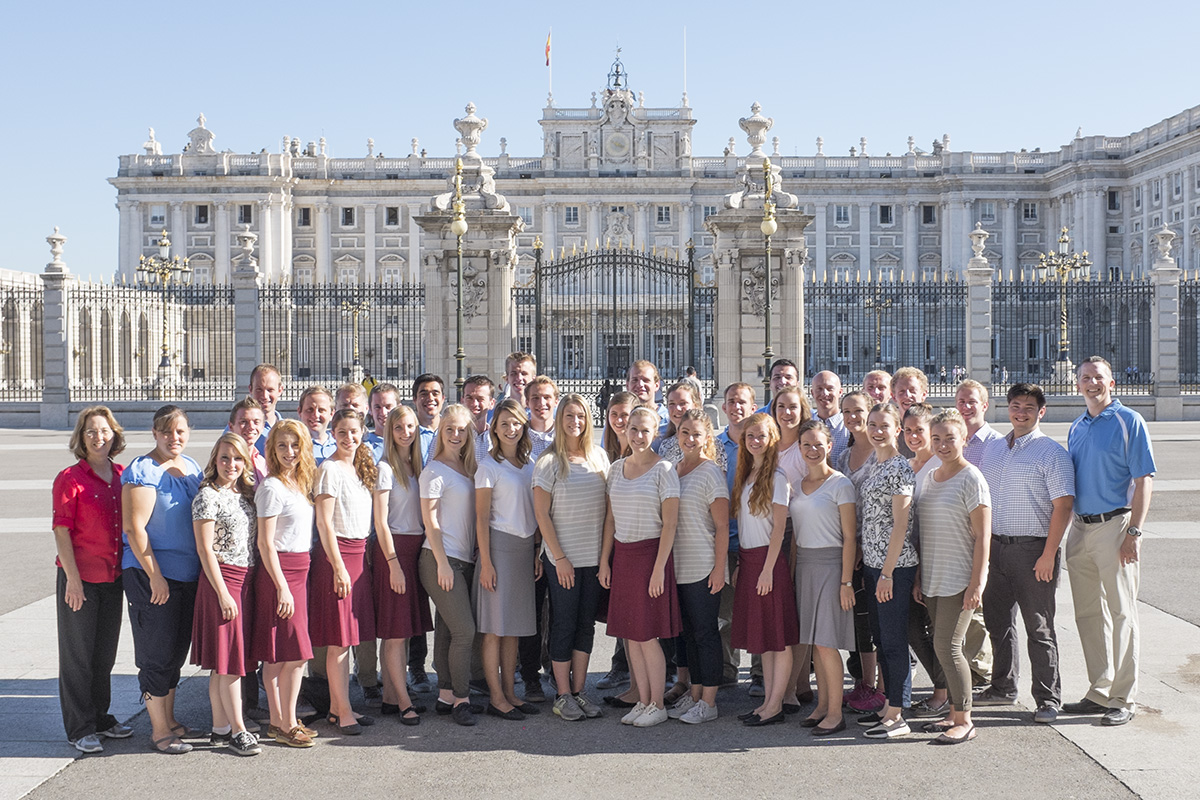 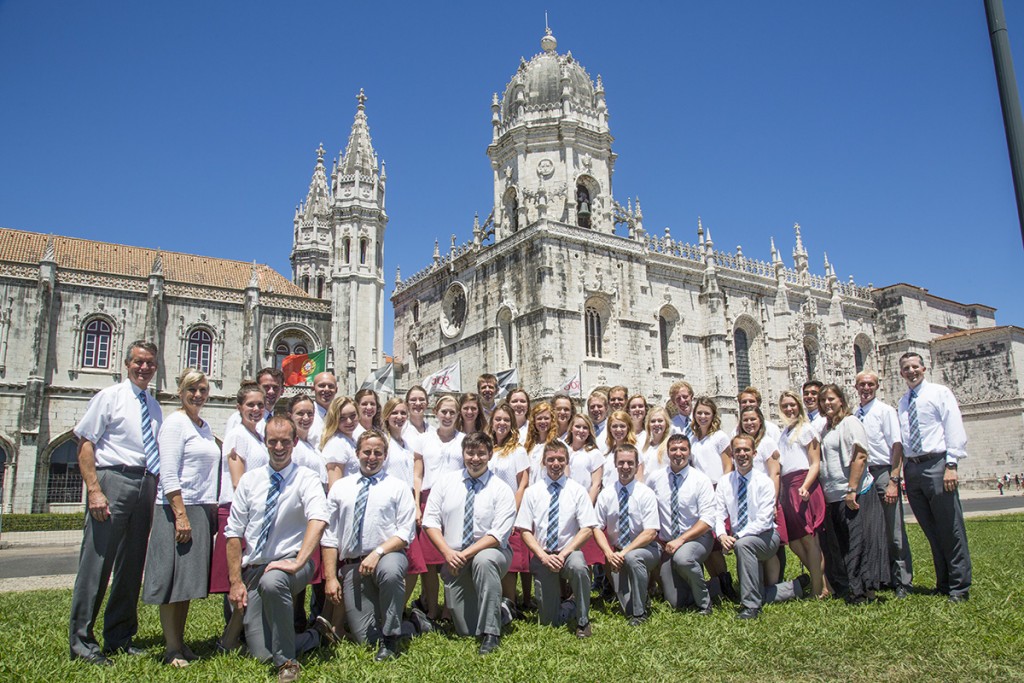 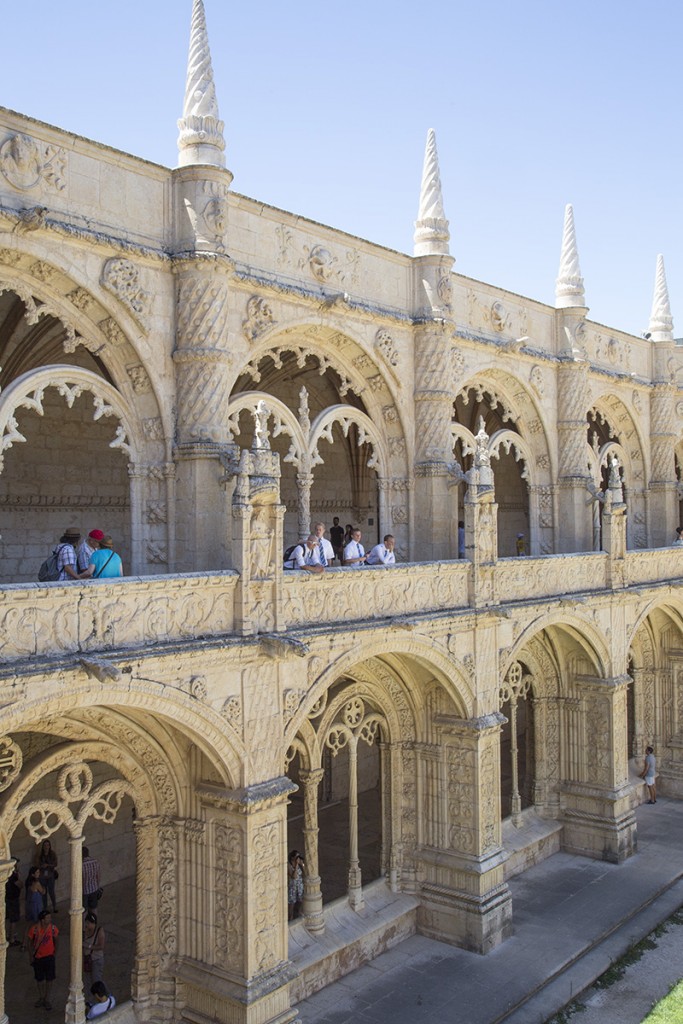 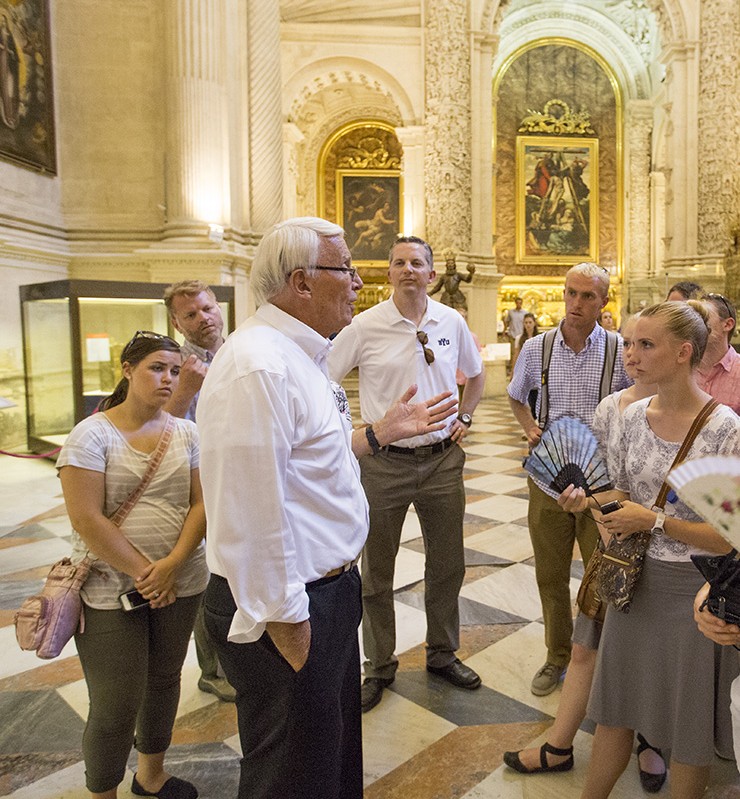 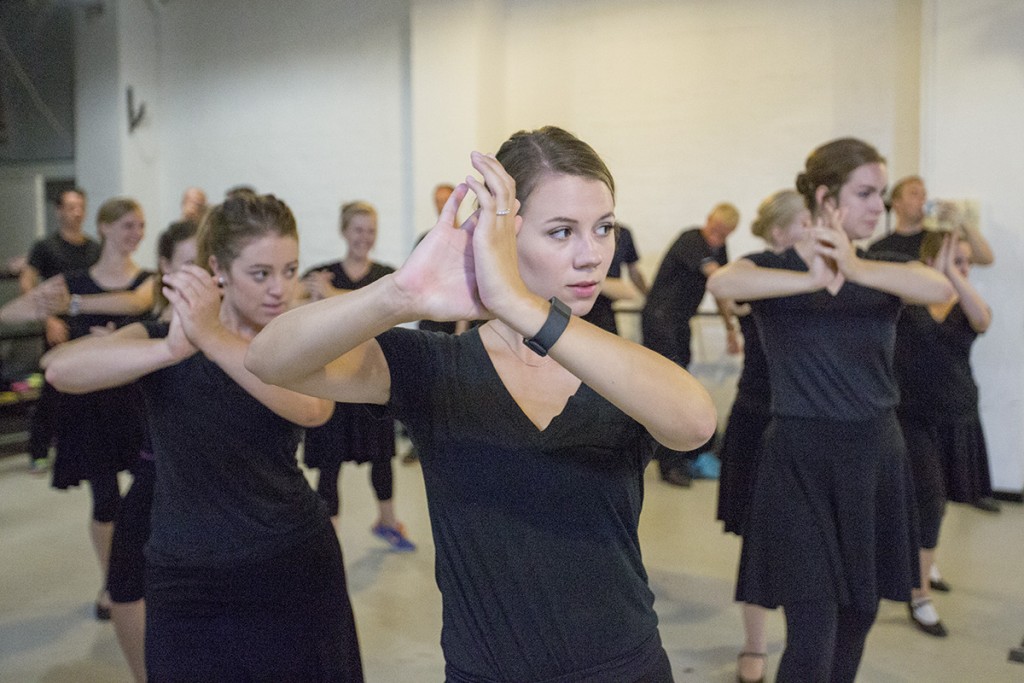 Members of the Folk Dance Ensemble focus during the flamenco workshop held for them in Seville, Spain.