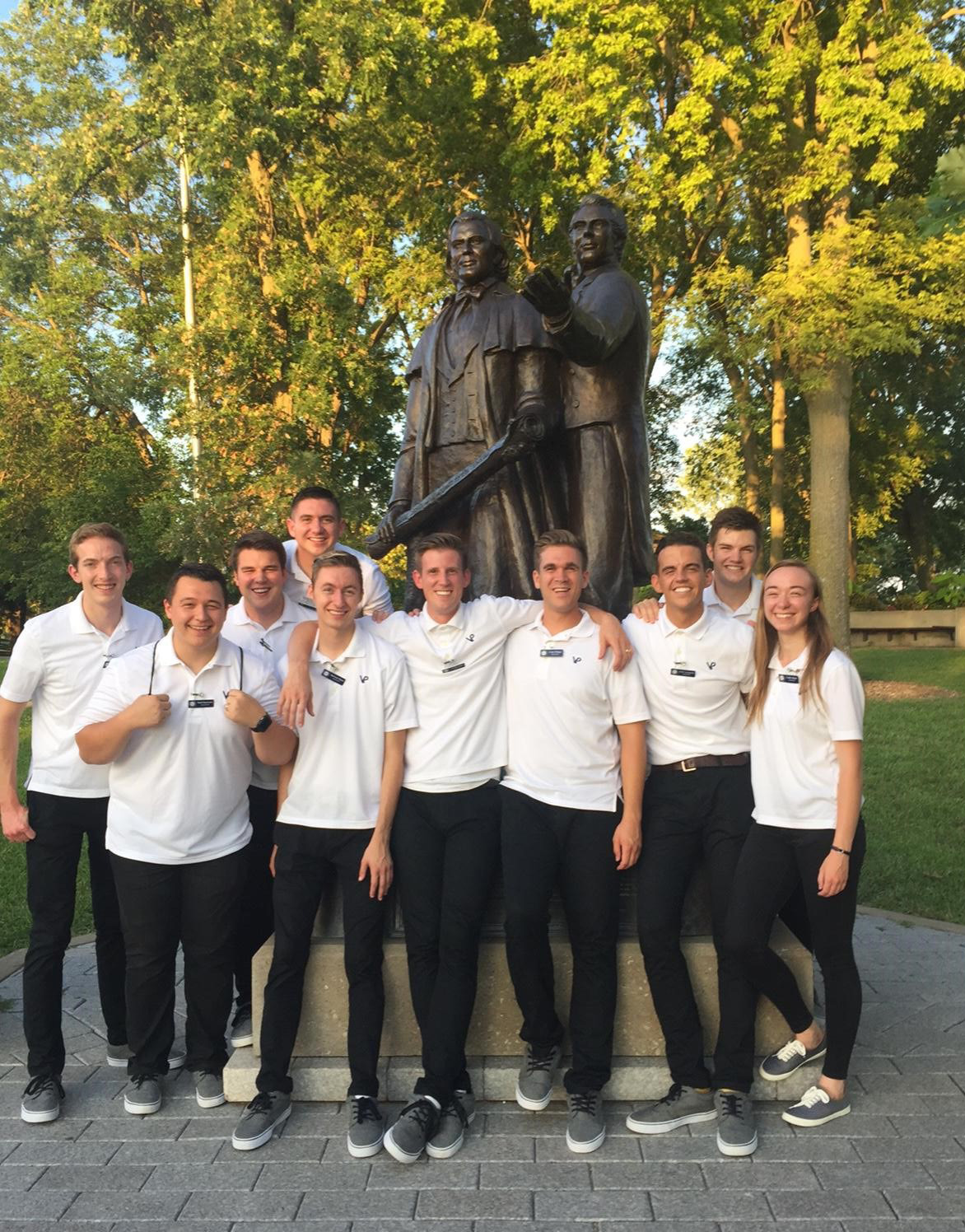 Before Vocal Point’s first show on the Nauvoo Outdoor Stage, a woman approached them and immediately started to choke up. She softly said, “I thought I was ready for this.” She went on to explain how her son, just hours after meeting his brand new baby daughter, passed away from a previously undetected brain problem. About a month after the tragedy, this mother went to a Vocal Point show. Through tears, she told them how what she heard that night gave her a feeling of peace and hope for the future. And now in Nauvoo, she finally got the opportunity to tell the group all that had happened and thank them for their part in her story. Other highlights of the week include: <ul> <li>Performing at a rest home and in the Brown Bag Concert Series in Macomb, IL.</li> <li>Walking the Trail of Hope, finding the names of ancestors who passed away on the journey from Nauvoo to the Salt Lake Valley.</li> <li>Performing in and walking through the Abraham Lincoln Presidential Museum in Springfield, IL.</li> <li>Getting a tour of historic Burlington, IA, and singing in front of 150 people, including members of the Red Hat Society.</li> <li>Performing at the Smith Family Reunion for the descendants of Joseph Smith, Sr.</li> </ul> <br> 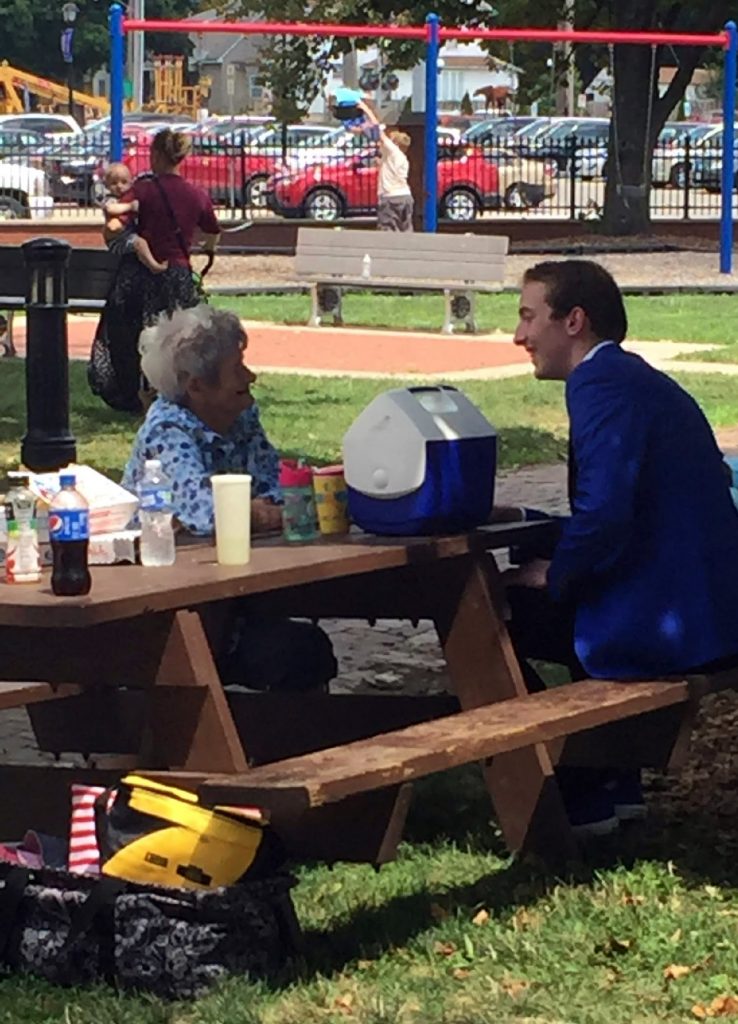 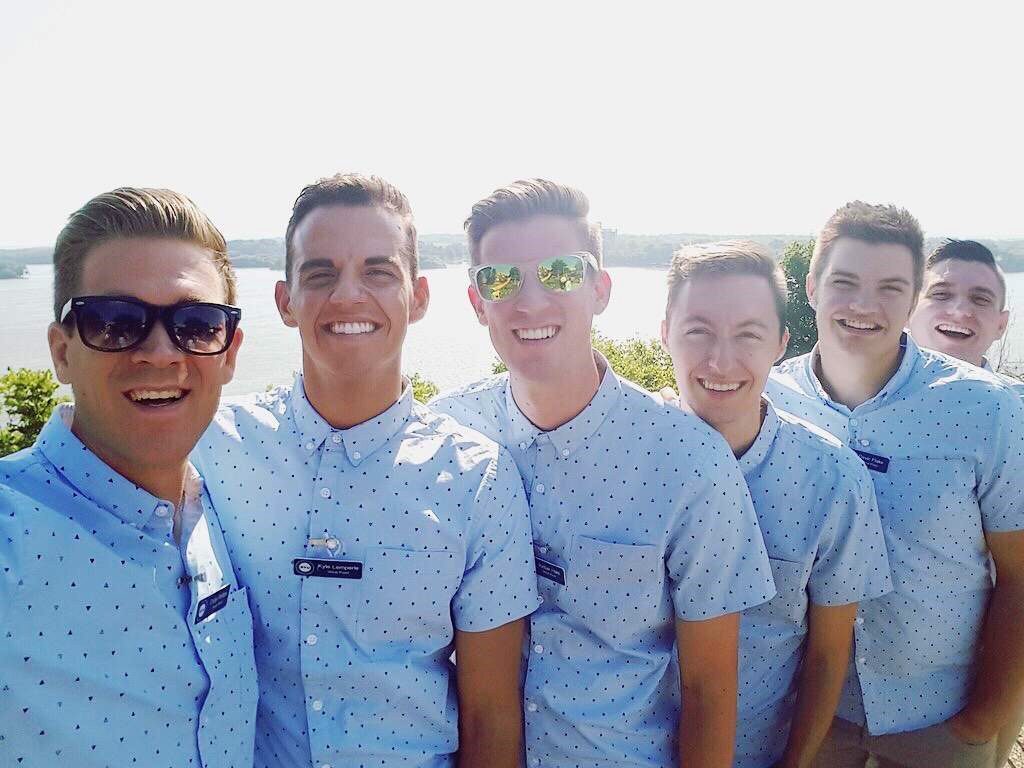 Members of Vocal Point enjoy the view of the Mississippi from Mosquito Park in Burlington, Iowa. 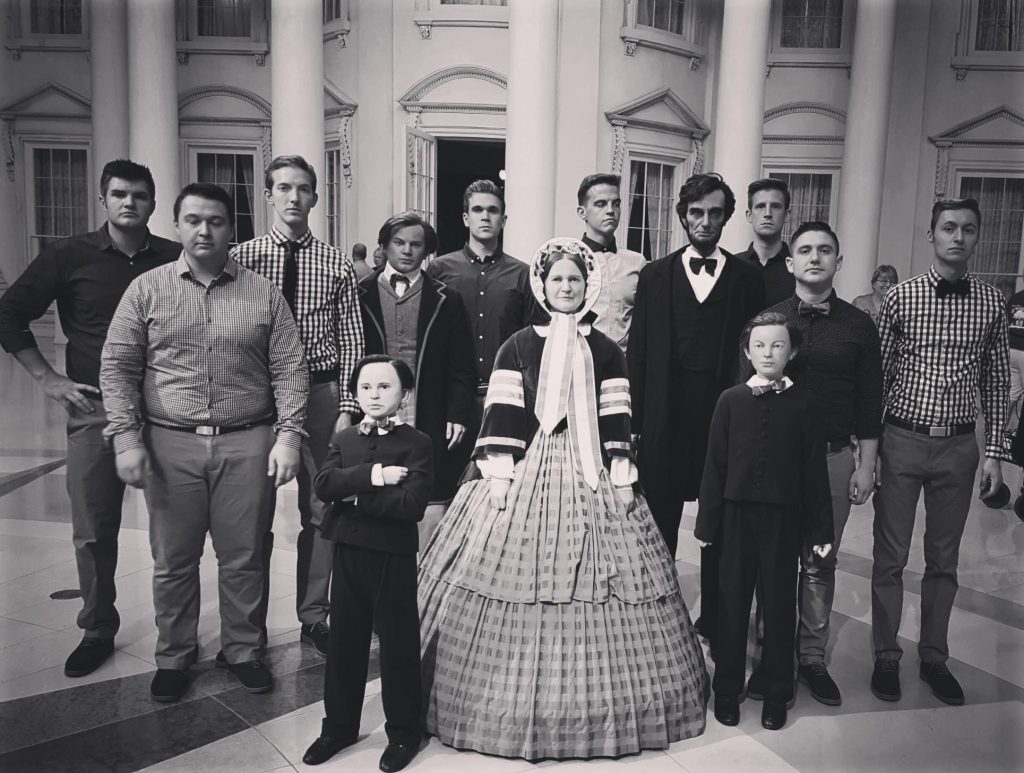 This display at the Lincoln Presidential Museum in Springfield, Illinois prompted Vocal Point to take a serious picture with “Honest Abe” and his family. 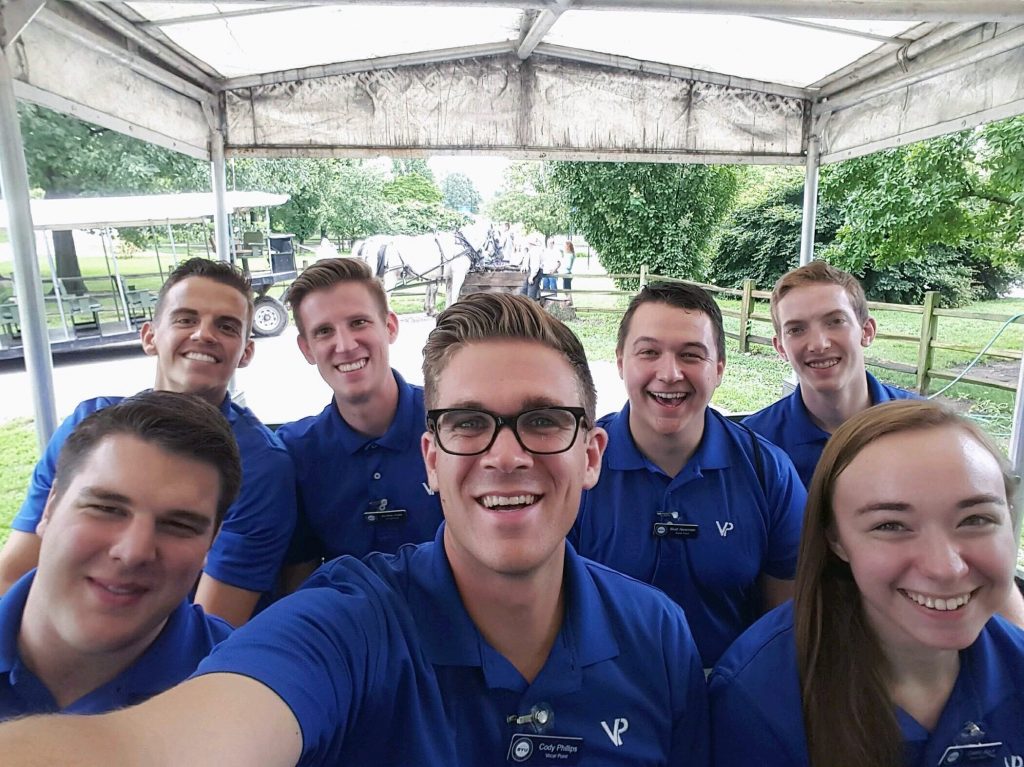