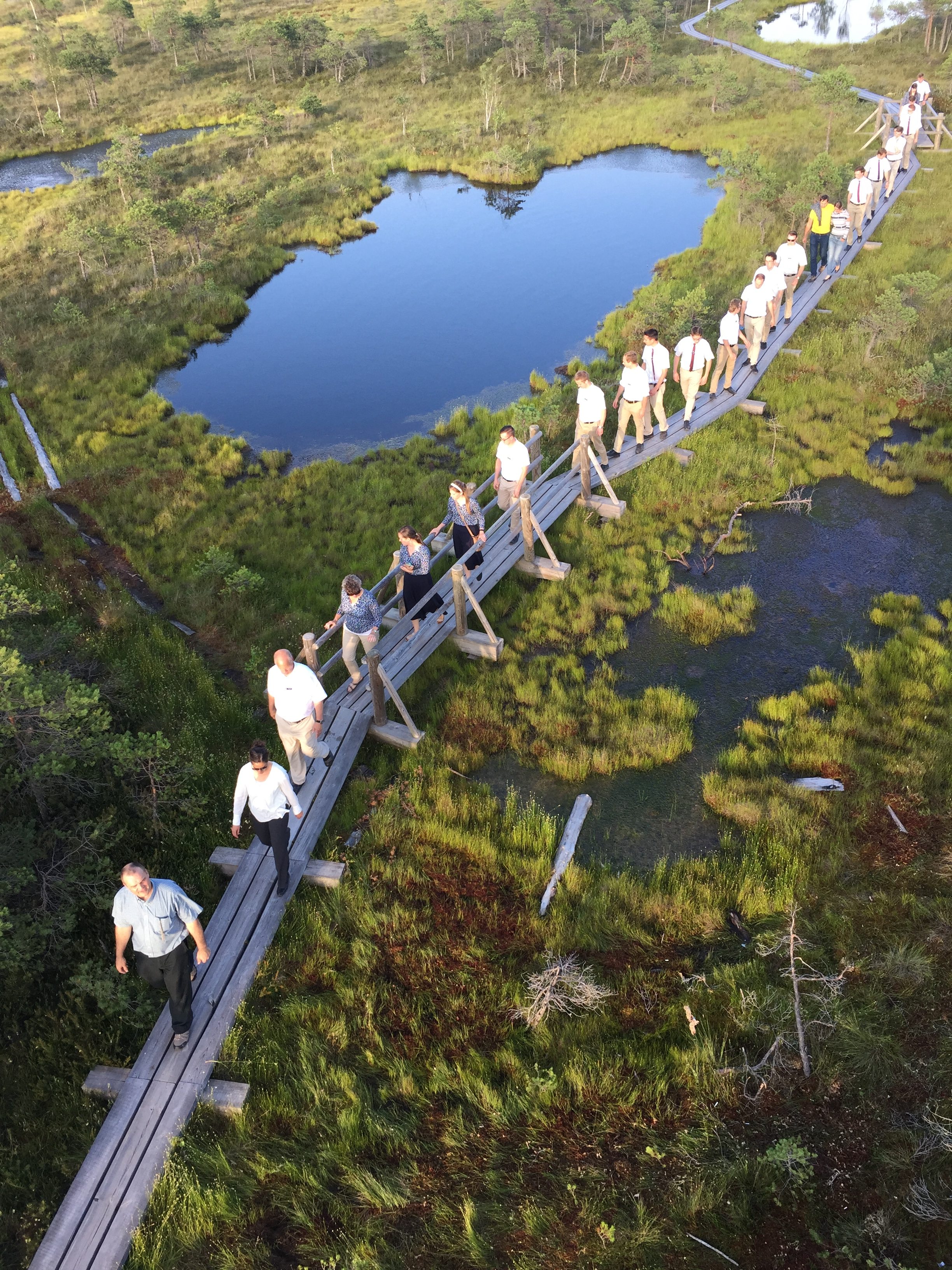 It was a very memorable week for Synthesis as they travelled and performed in the Baltics.  As the headline act on Friday night at the Saulkrasti Jazz Festival, the group won over the audience with their high-energy performance.  By the end of the concert everyone was on their feet dancing to the music.  After an encore the festival played a final announcement and turned off the stage lights, but the audience wouldn’t accept that the night was over.  After continuing to cheer for several more minutes the lights came back on and Synthesis performed a second encore.  Festival organizers told the band backstage that this had never happened in the nineteen years of the festival’s history! Additional highlights for the week include: <ul> <li>Presenting a benefit concert at Graniitvilla to support Estonian foster families.</li> <li>Drawing a large crowd at the main square in Pärnu, Estonia for an LDS Church open house.</li> <li>Performing on the Origo stage in the center of Riga, Latvia as part of the Saulkrasti Jazz Festival.</li> <li>Enjoying more historical and cultural insights from Uldis Vanags, guest expert on Estonian history and culture, as they visited Latvian sites such as Riga old town and Temeri National Park.</li> <li>Sharing two performances at the open house for the beautiful new Riga chapel just two days after it received final occupancy approvals.</li> <li>Visiting Church members in their homes and afterwards giving a devotional presentation for them and their friends in the Vilnius LDS chapel.</li> </ul> 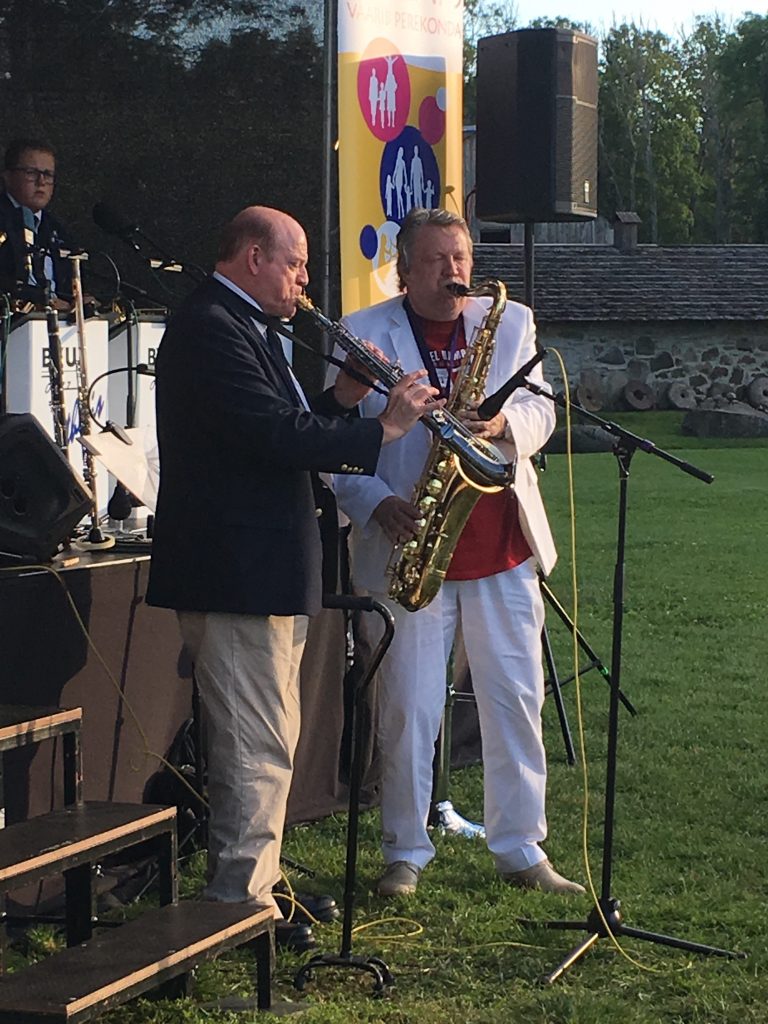 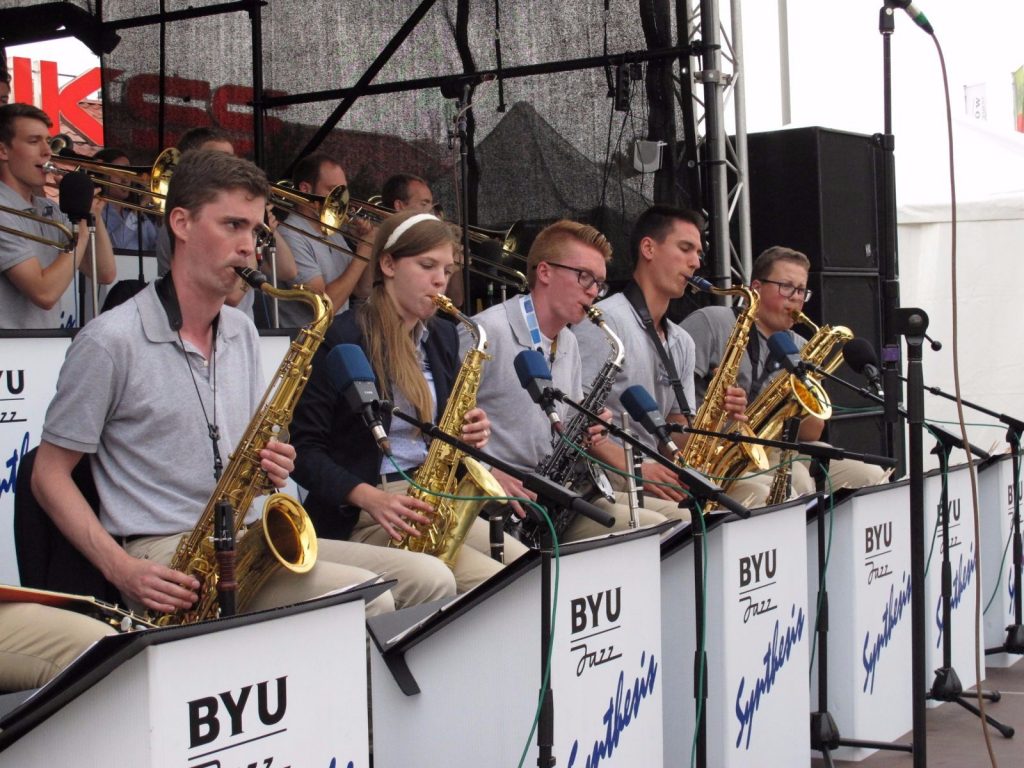 The saxophone section plays at the Origo Outdoor Stage. 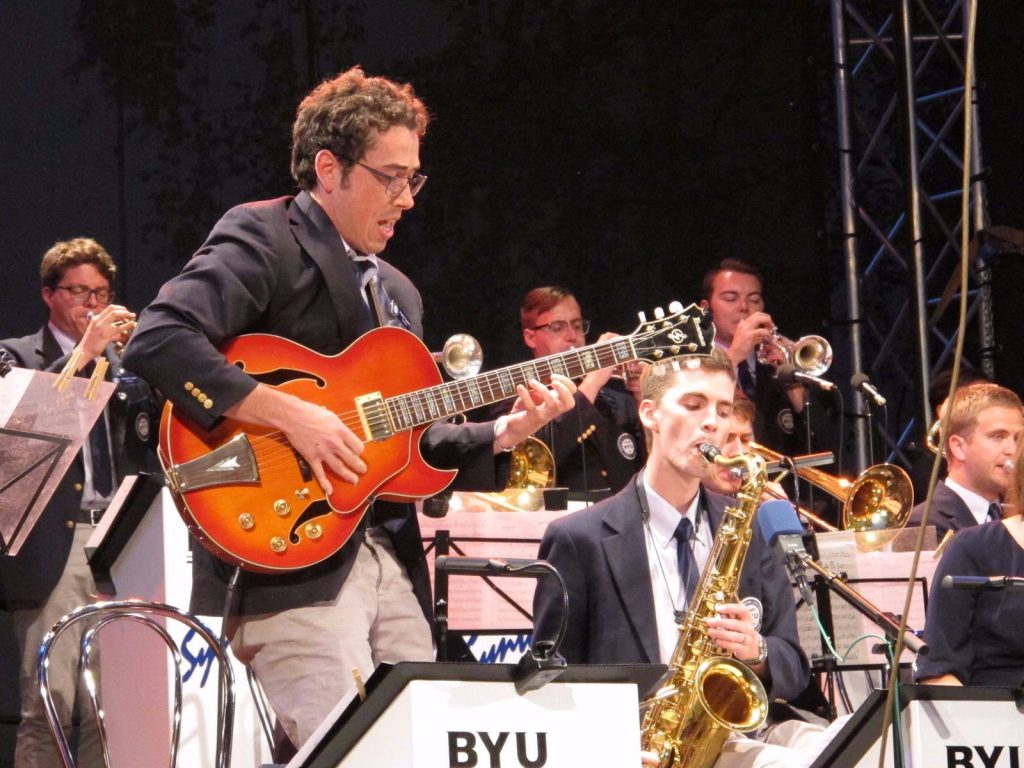 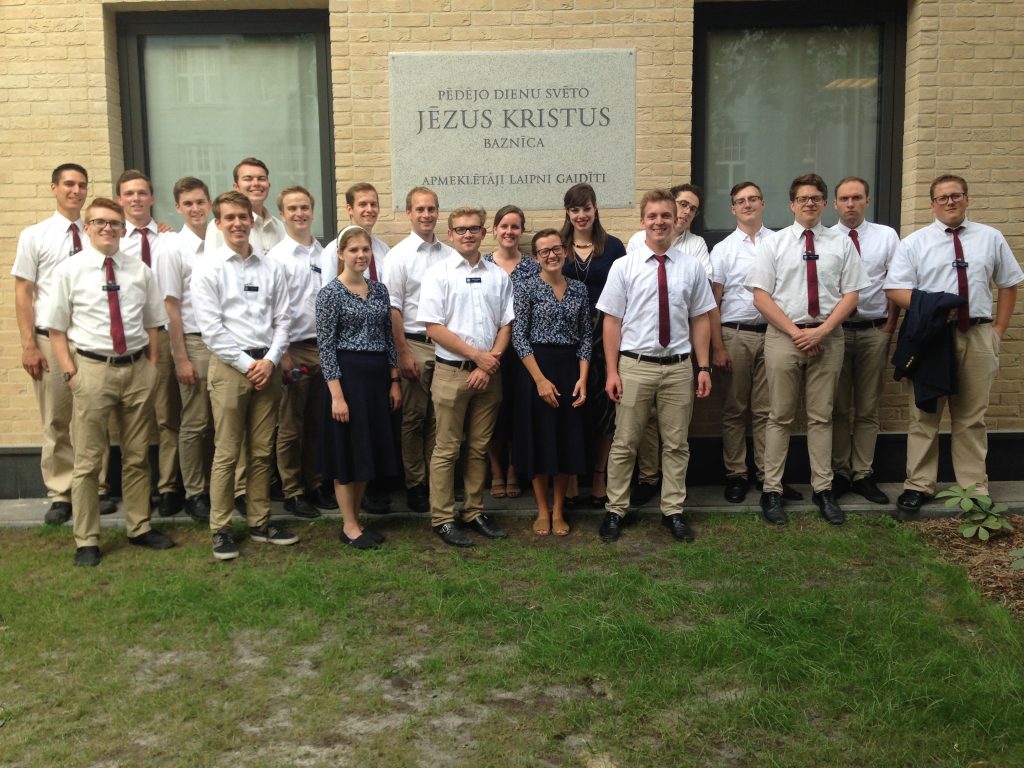 The band poses for a photo in front of the new LDS chapel in Riga, Latvia. 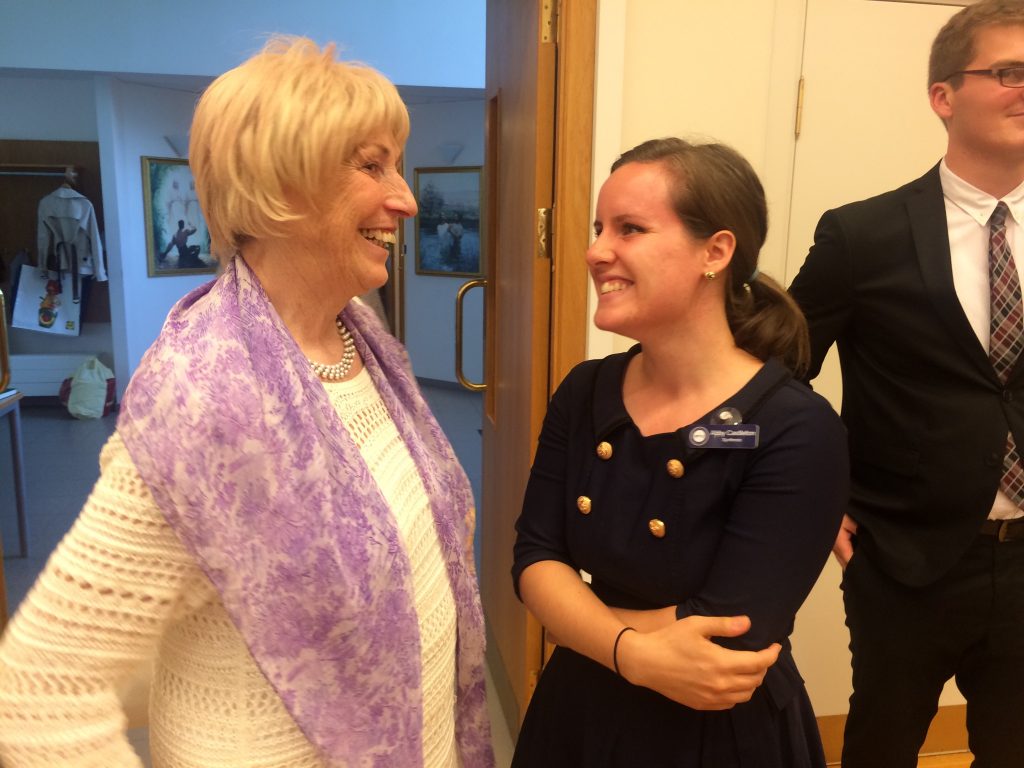 Abby Castleton gets aquainted with a local LDS Church member.