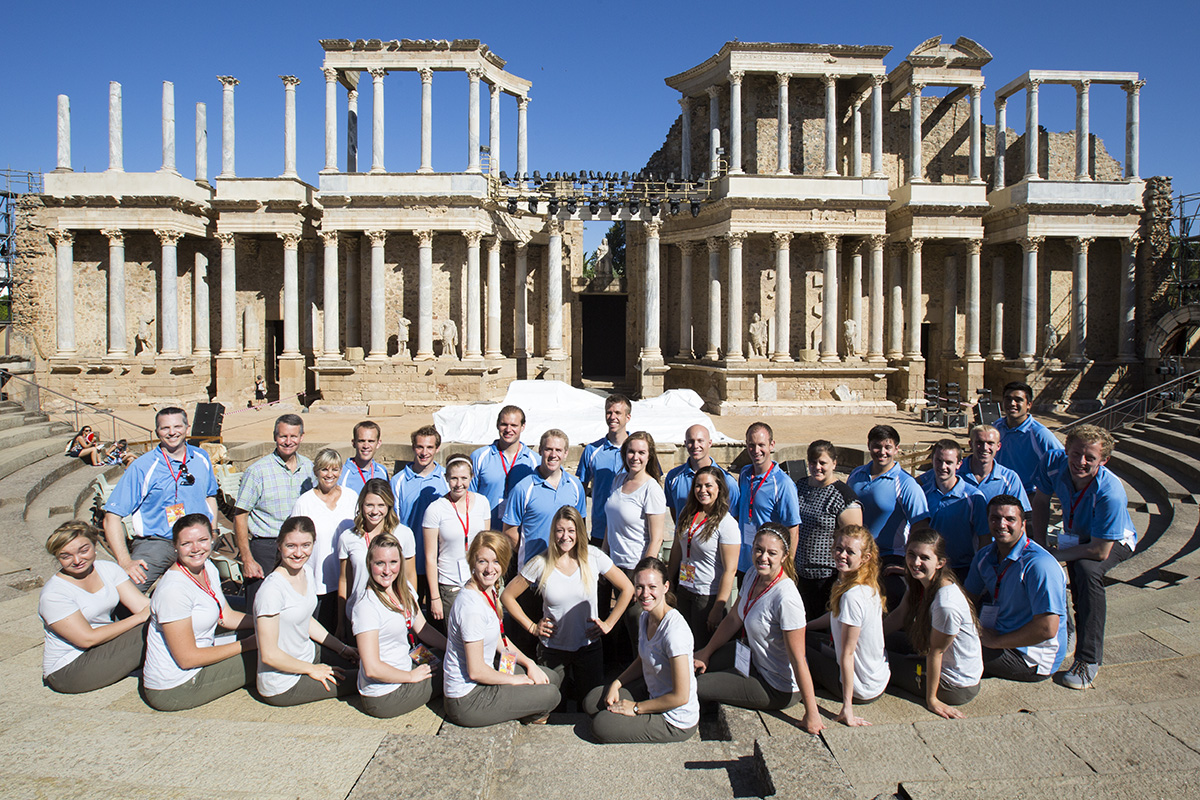 This week the Folk Dance Ensemble had many wonderful adventures, and southern Spain brought on the heat. Saturday the Folk Dance Ensemble gave their last performance at the International Folkloric Festival "Ciudad de Burgos".  The group was sad to leave their new friends and the beautiful, ancient city of Burgos, but they were excited for their new adventures.  Sunday the group made their way to the Extremadura Festival in Badajoz, Spain.  Badajoz is know for its heat, with temperatures soaring over 100 degrees, but that did not stop the group from reaching out to the other groups at the festival - Russia, Croatia, Taiwan, Bosnia, Mexico, Columbia, and Spain. <h6>The small village of 5,000 was very receptive, with about 700-800 people attending the evening performance.</h6> The group made a stop in Toledo, Spain, to meet up with John Rosenberg, BYU Spanish professor and former dean of the College of Humanities. He took the group on an amazing and highly educational tour of Toledo.  He was able to show examples of where Muslim, Jewish and Christian cultures co-existed. <h6>This week the Folk Dance Ensemble had many wonderful adventures, and southern Spain brought on the heat.</h6> Monday started out with a trip to Merida, home of the largest Roman ruins outside of Rome. Sites such as a coliseum, theater, homes, and city walls have been discovered.  That evening the festival had the group perform in the quaint village of Valdelacalzada, where they were able to perform with another group from Taiwan.  The small village of 5,000 was very receptive, with about 700-800 people attending the evening performance. Tuesday morning the group taught traditional games from the USA to the local children.  That evening the group traveled to San Vicente De Alcantara and shared the stage with the group from Croatia.  The Folk Dance Ensemble performed a high energy show that the large local audience really appreciated. The next evening was another show in the village of Torreorgaz. Over the next few days the group was involved in a parade, met with the mayor and city council, and taught USA dances to the Badajoz community.  A highlight of the week was performing and dancing with local members in Badajoz. On the final day of the festival BYU was able to share the stage with Mexico.  Our group was also chosen to perform in the coveted last performance slot, where they wowed the capacity crowd, that rose to their feet in appreciation. 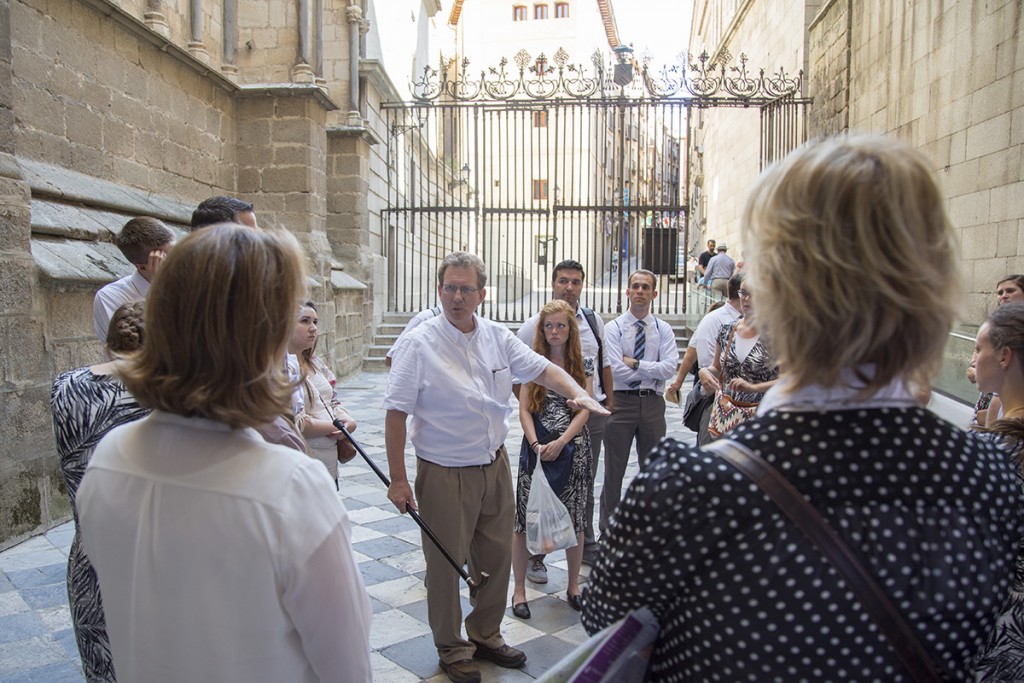 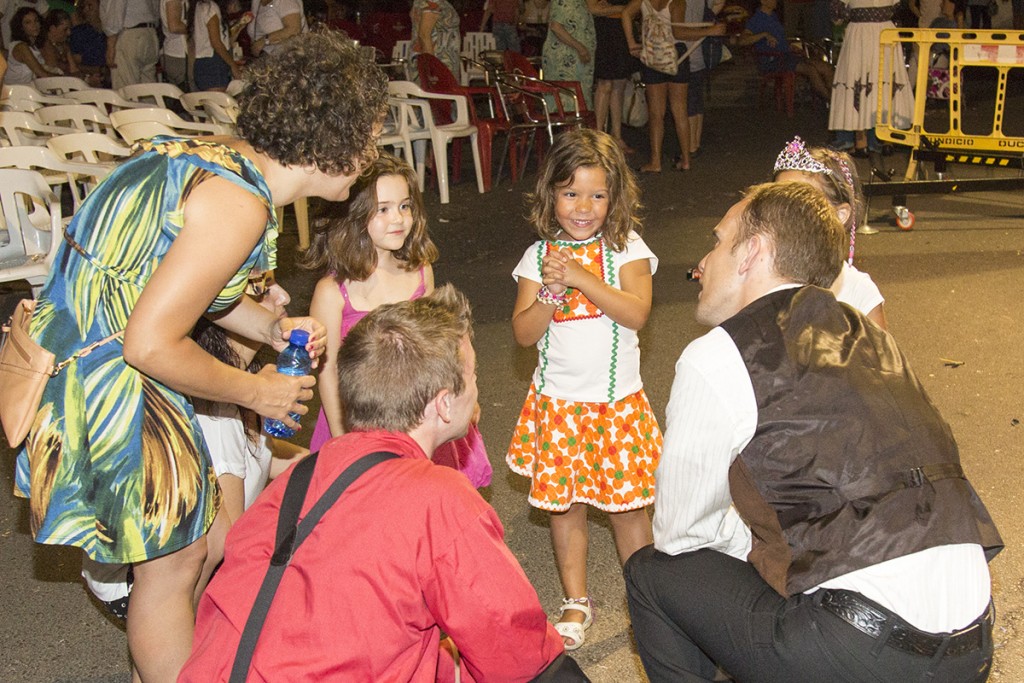 Folk Dance members talking with audience members after the show in the village of Valdelacalzada, Spain 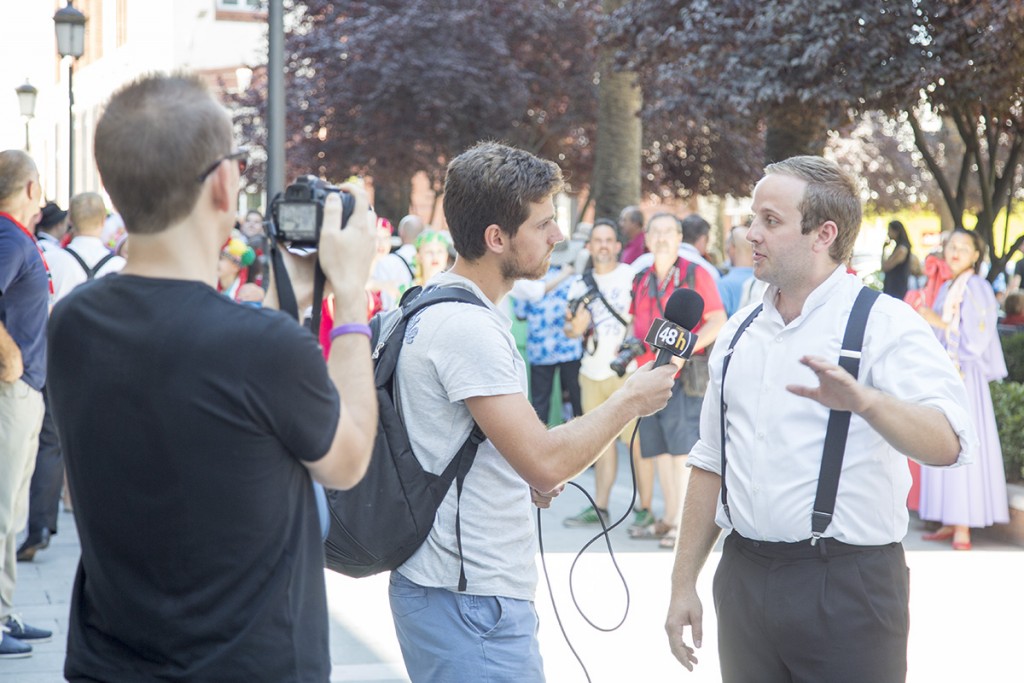 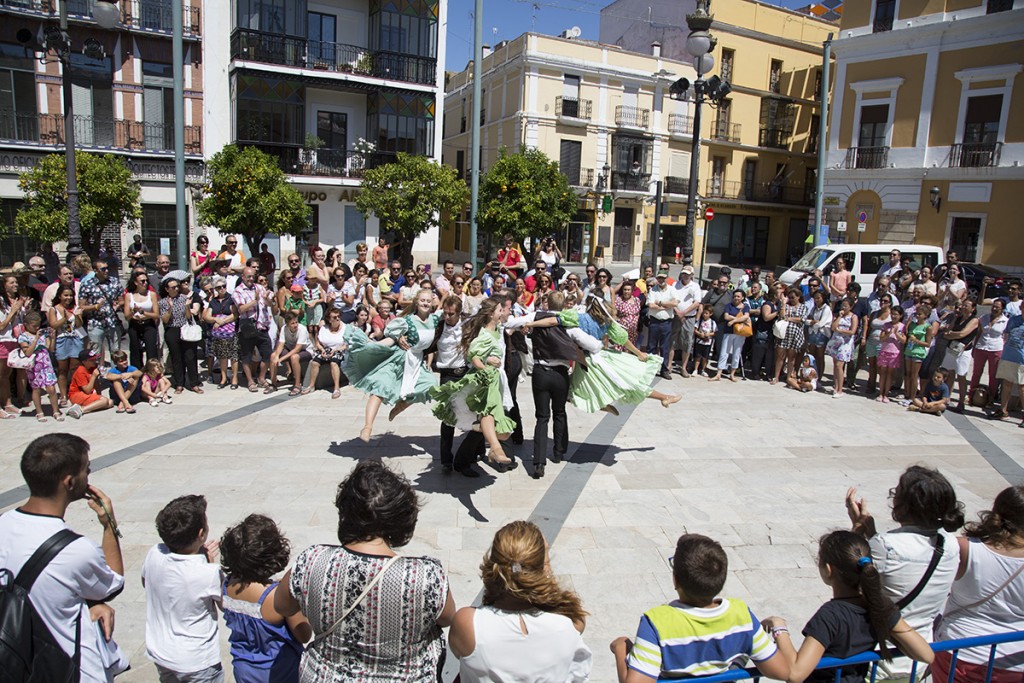 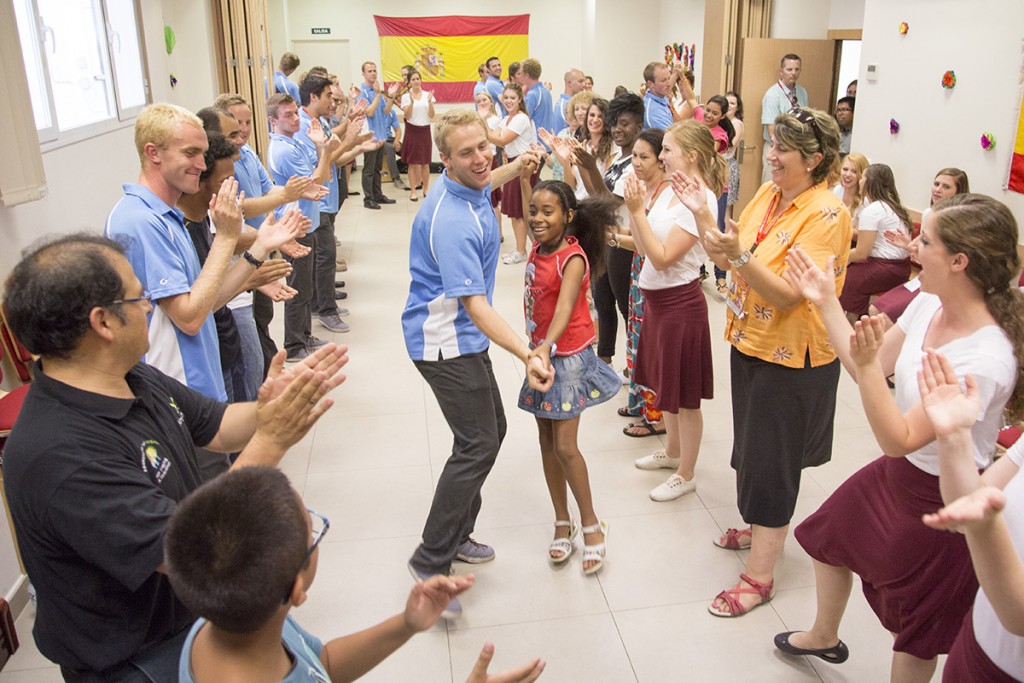 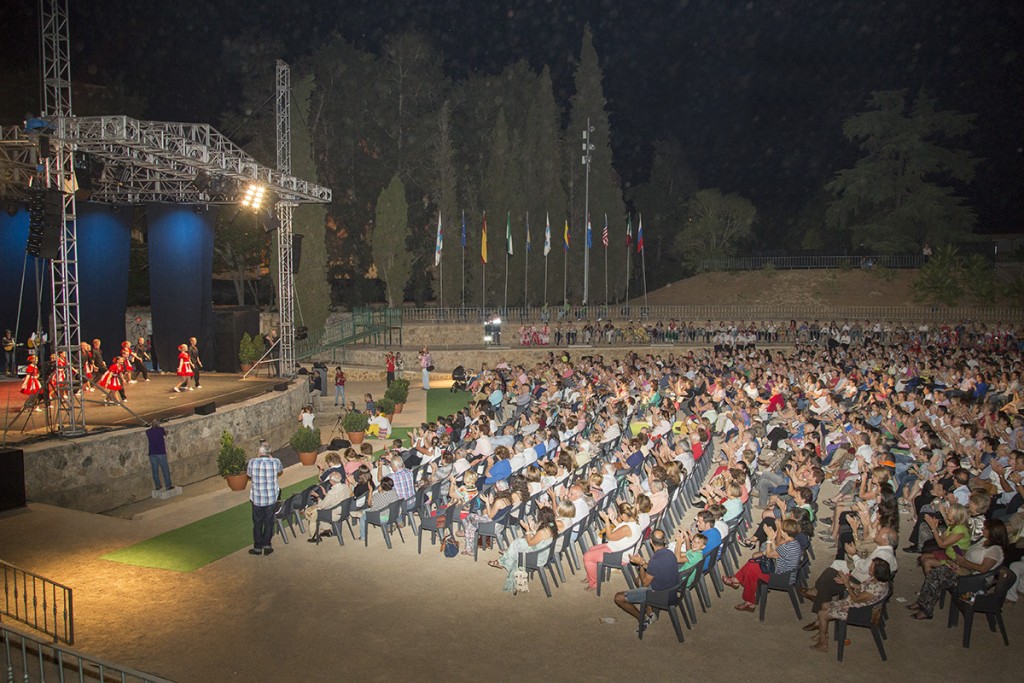