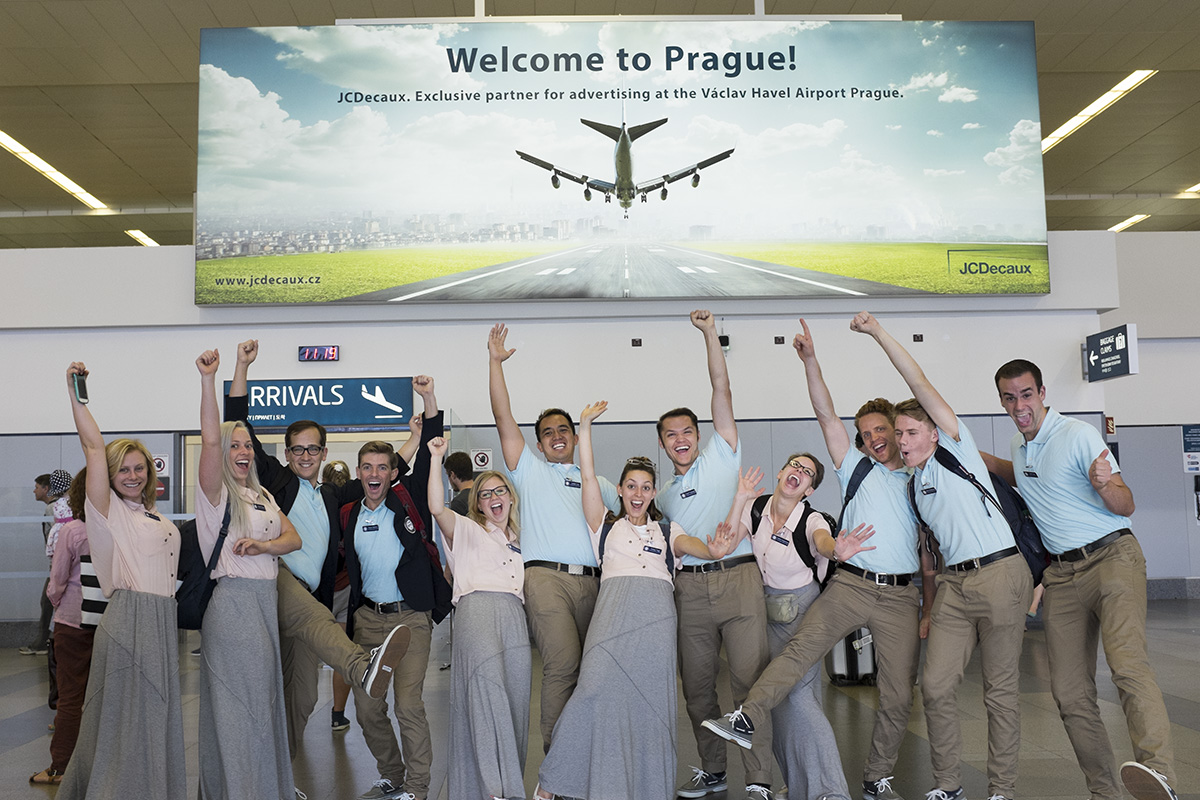 Landing in the Czech Republic on Friday morning was an exciting moment for members of Contemporary Dance Theatre (CDT). It meant after all the practice and preparation, they had arrived in Europe at last! The group is eager to share their dancing and expertise. After a quick check-in to their Prague hotel and lunch, the group set out on a trip into the countryside. In a little town, Dobrichovice, surrounded by cherry trees and wheat fields, the group spent 90 minutes with a group of orphan children at Flight's Children's Home. Together they toured the facility, exchanged English and Czech sayings, and practiced cartwheels and handstands. Afterwards, the BYU dancers performed several dances for the children including American dance styles, Lindy Hop and tap dancing. Then the children joined the CDT dancers in learning a simple yet fun-filled line dance. Many hugs and well wishes were shared during the reluctant goodbyes. <h6>Many hugs and well wishes were shared during the reluctant goodbyes.</h6> Next the group traveled to and toured the Karlstejn Castle, one of the homes of the 14<sup>th</sup> Century Bohemian King and Holy Roman Emperor, Charles IV. The history lesson continued the next day as the group traveled to UNESCO sites in Kutna Hora to better understand medieval history. The Gothic cathedrals and bone church, Kostnice, reminded the students of the long and storied past of dedicated believers. Saturday evening, Contemporary Dance Theatre students spent a rewarding exchange with the Young Single Adults of the Prague and Brno LDS branches. Dances were performed by CDT and then taught to the Czech members. New friendships were begun that would be furthered the following morning as CDT joined the members of the Prague Branch in their Sunday services. The Branch extended themselves showing love and generosity towards the BYU performers by providing them a meal and attending their devotional that evening. The Mission President, James McConkie, conducted the devotional presented by the CDT dancers, which was well received.  More reluctant goodbyes were had as the students left.  President McConkie expressed gratitude and thanked the group for coming to visit the members in Prague. The group is excited for the festivities of The New Prague Dance Festival to commence on Monday. They look forward to sharing their talents and friendship with the other festival participants this coming week. 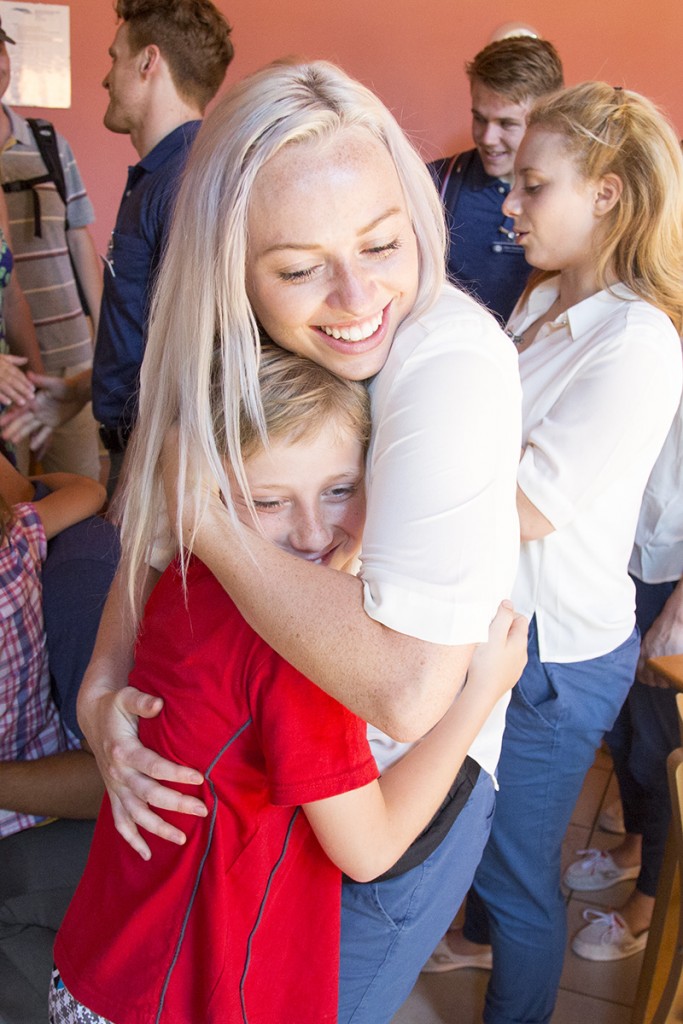 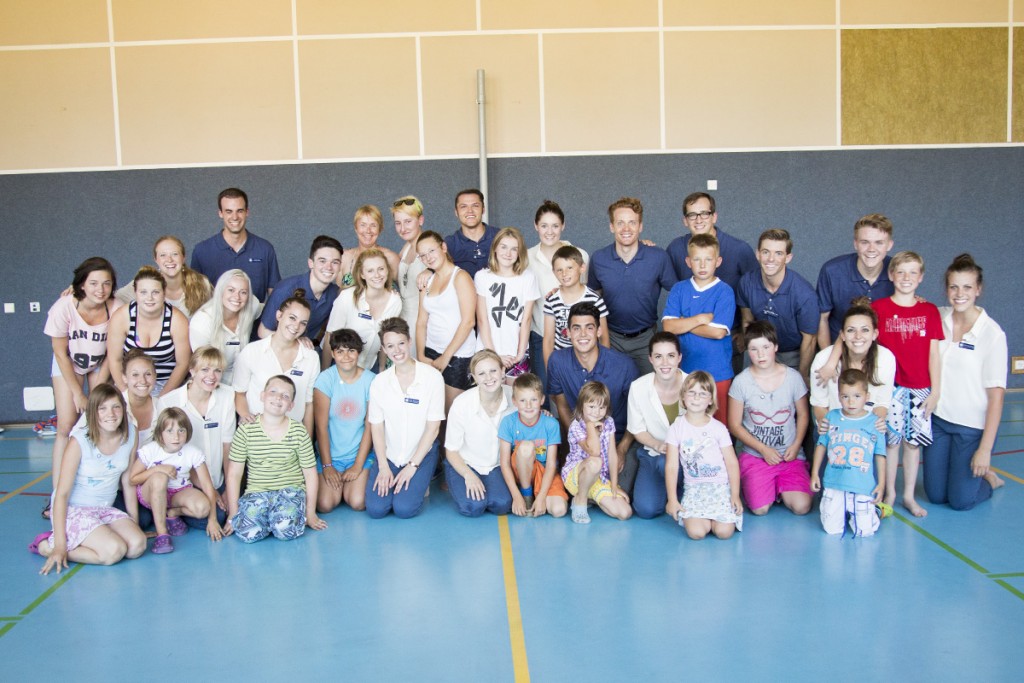 Members of Contemporary Dance Theatre pose after a workshop with the Flight's Children's Home in Dobrichovice, Czech Republic 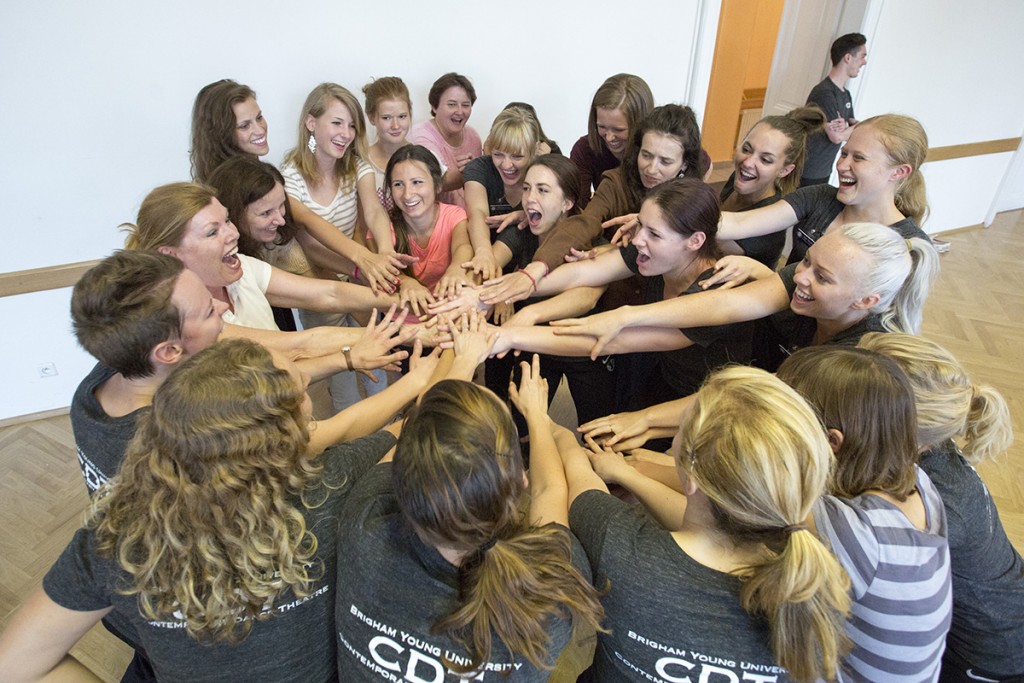 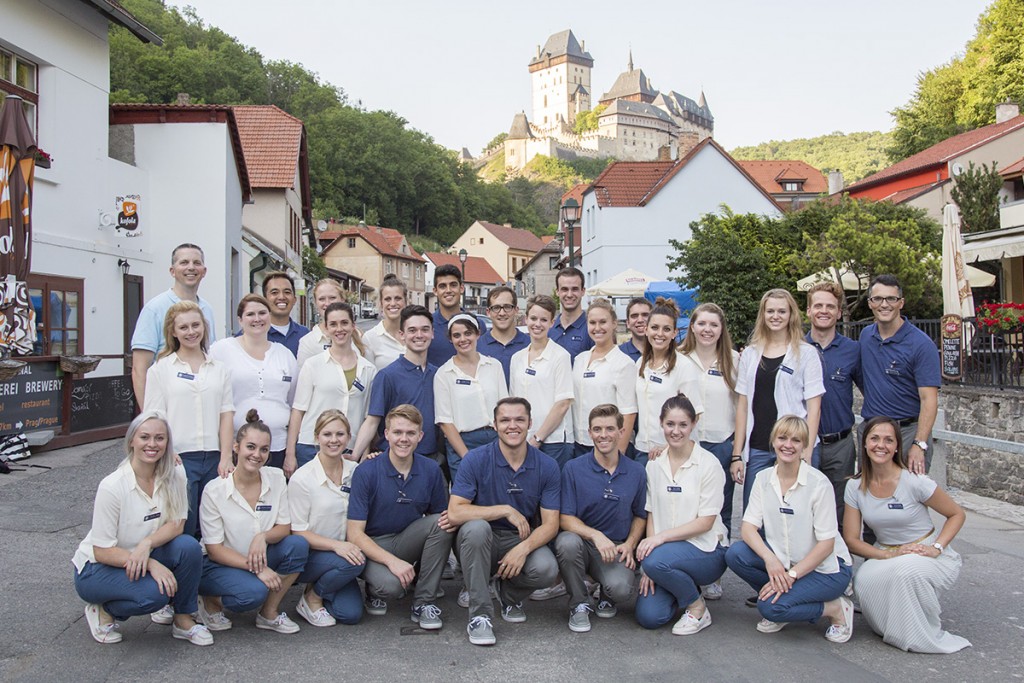 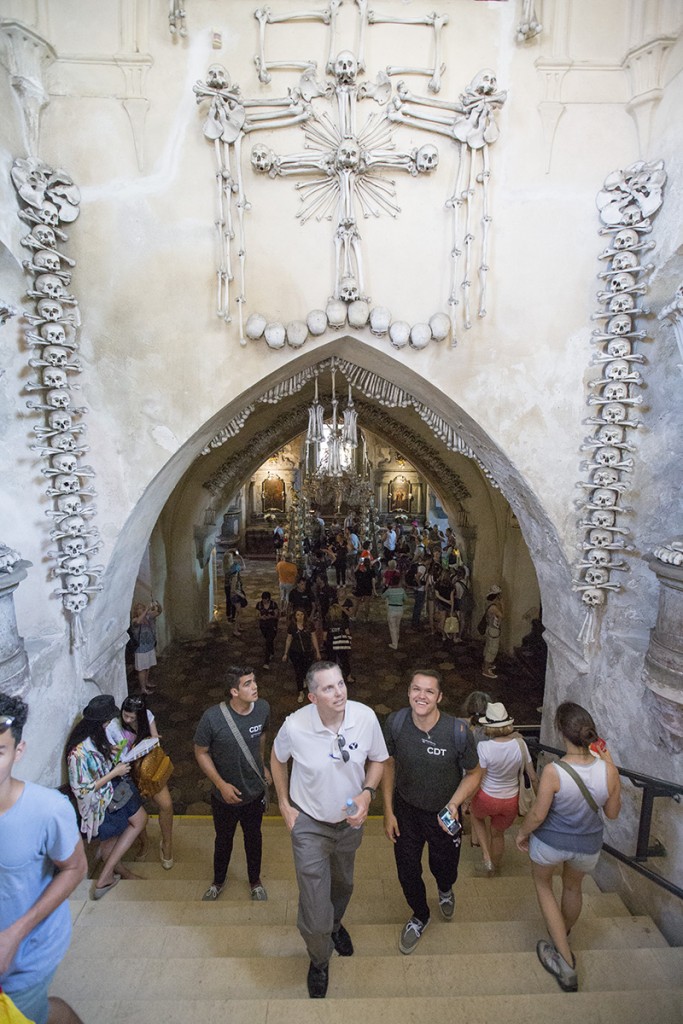 On their way to a workshop, Cayel Tregeagle, Seth Taylor and Shane Wright visit the Ossuary in Kutna Hora 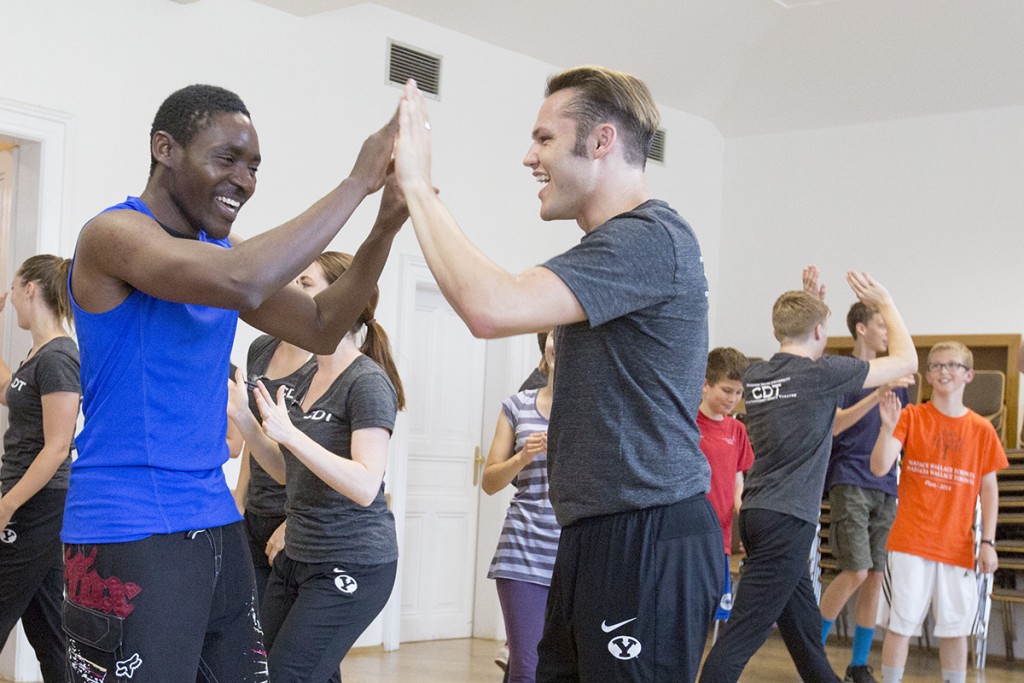 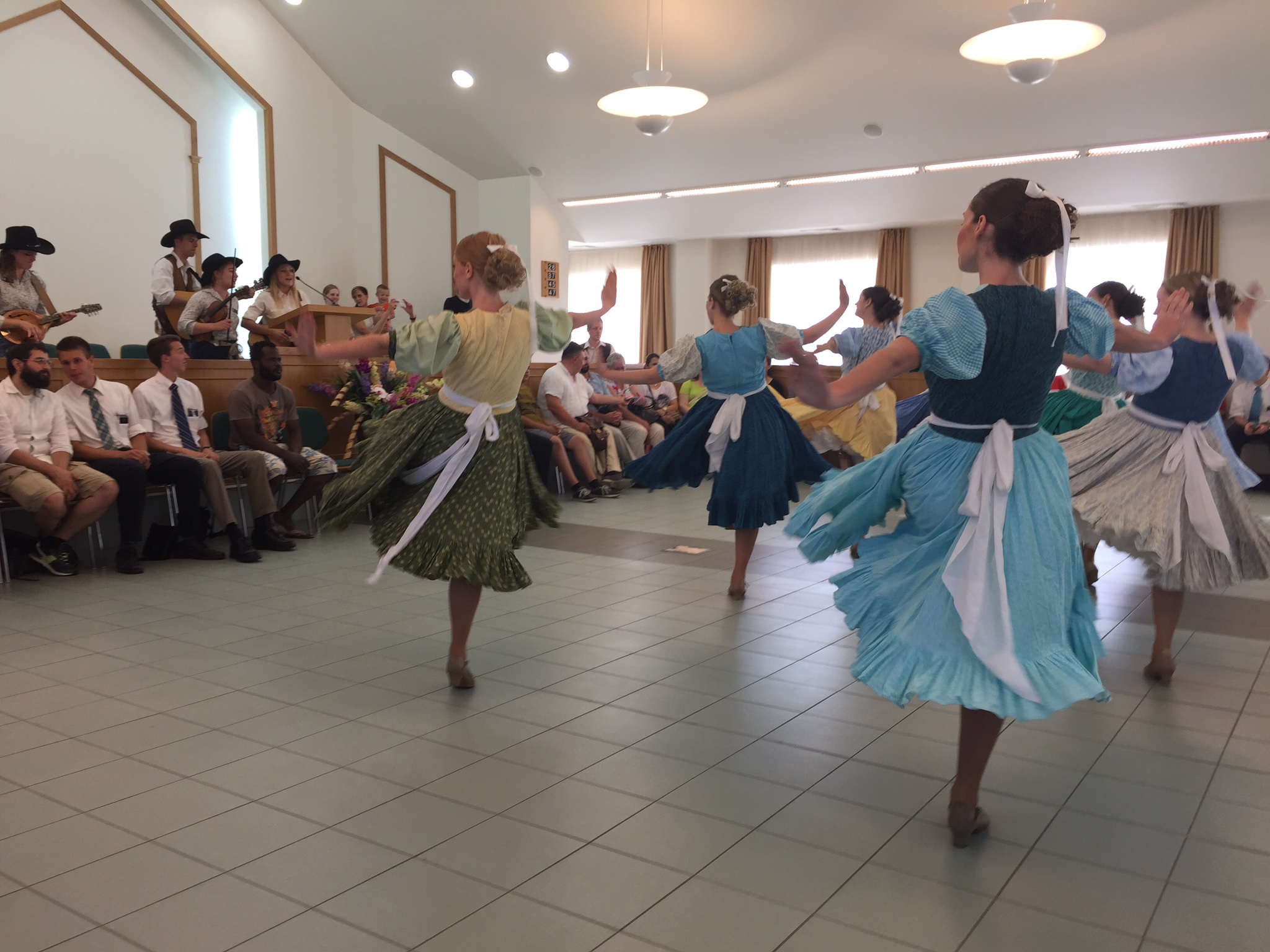 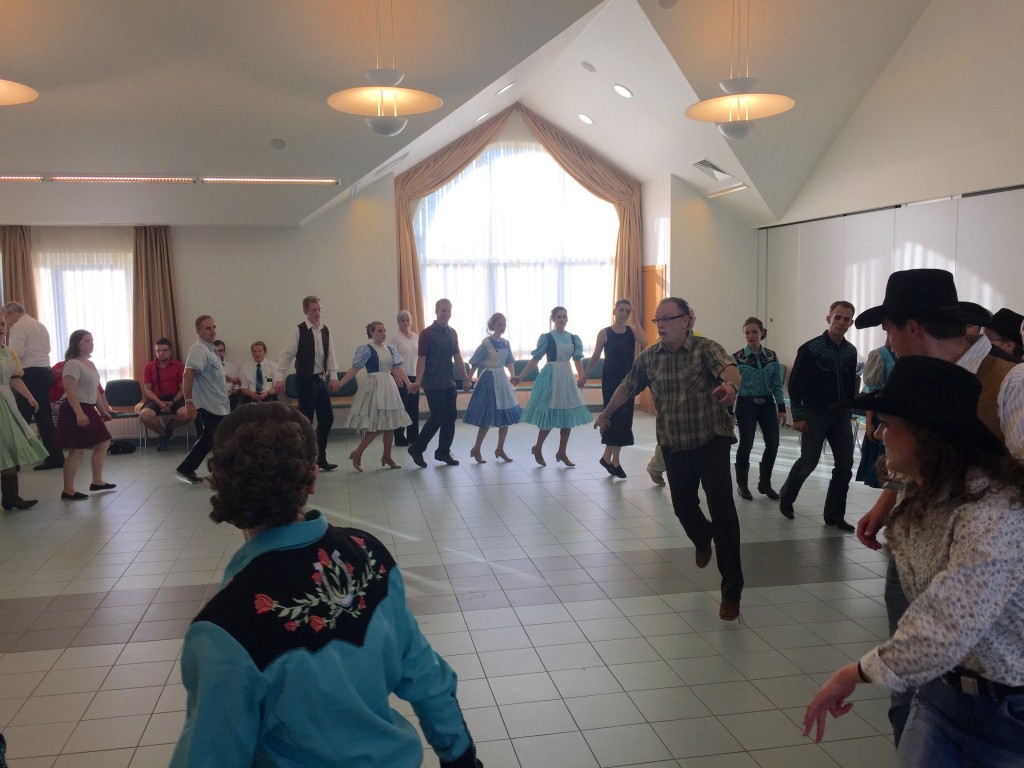