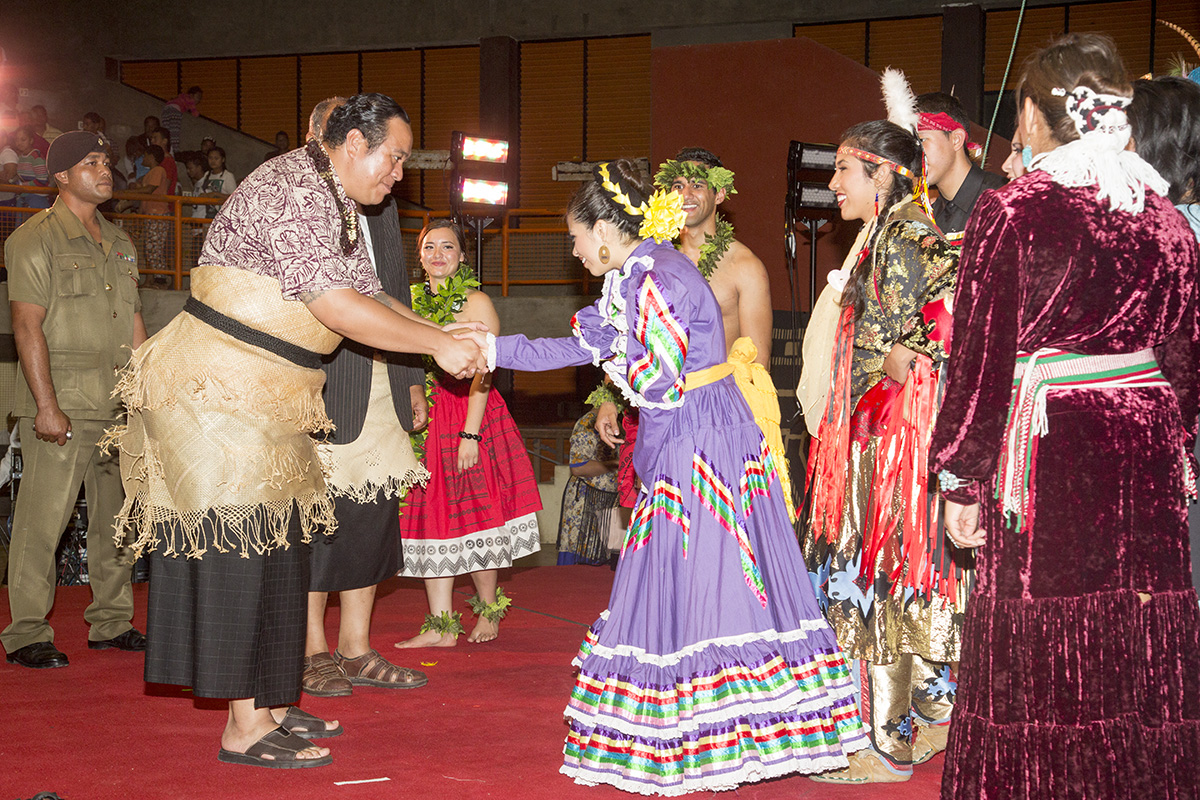 Following are a few highlights from the Living Legends South Pacific tour that occurred this last week: <ul> <li>This week performances and activities occurred in both Tonga and Samoa.</li> <li>A rousing school assembly was given at the Liahona High School in Tonga.</li> <li>The Crown Prince of Tonga, along with his wife and three-year-old son, attended the May 10 performance, which had over 5,000 attendees.</li> <li>While in Tonga the group visited the Mapu'a 'a Vaca blowholes and Tonga LDS Temple.</li> <li>Upon arrival in Samoa, Living Legends participated in a welcoming ‘Ava Ceremony, considered the highest form of respect, reserved only for distinguished guests.</li> <li>In Samoa the group toured the historic Samoan home of Robert Louis Stevenson, Papase’ea Sliding Rocks, and To-Sua Ocean Trench.</li> </ul> 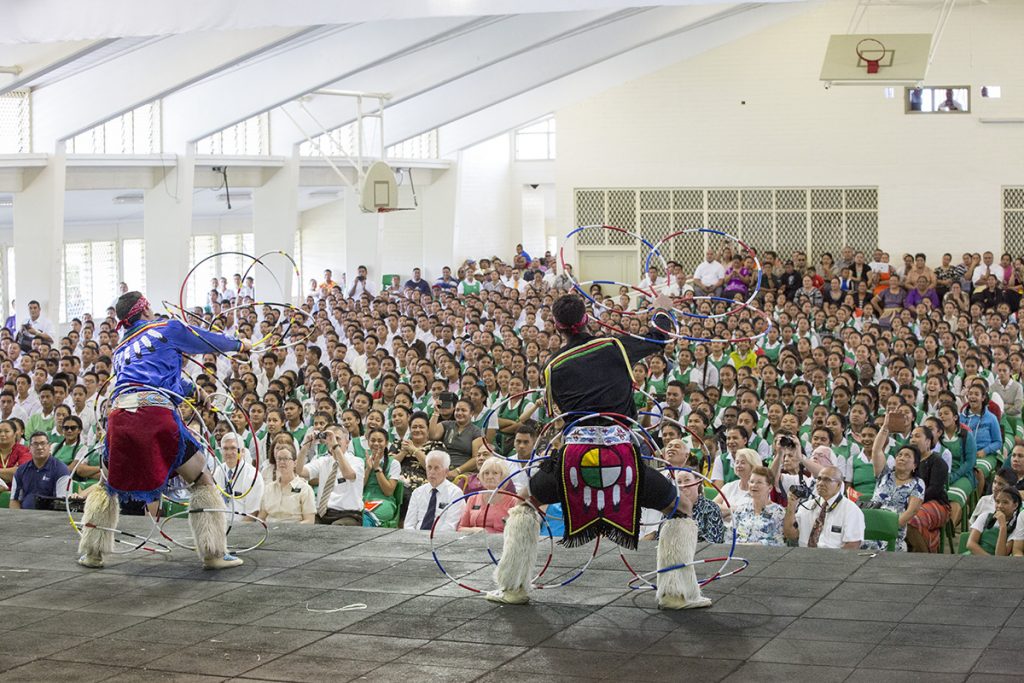 A school assembly at Liahona High School in Tonga was enthusiastically received, particularly when the Native hoop dancers took the stage. 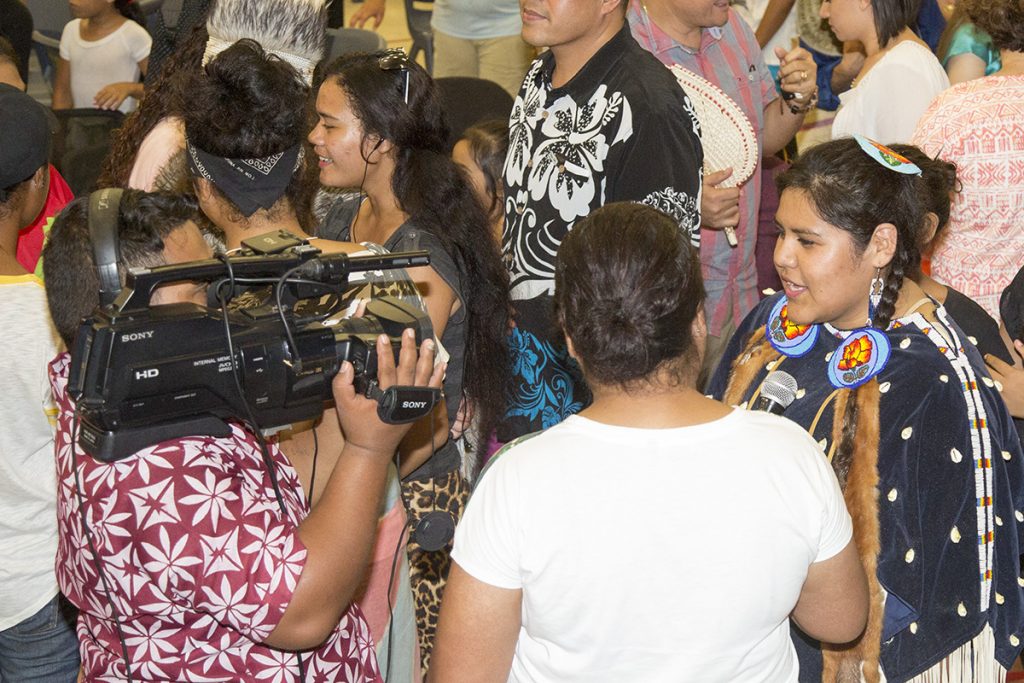 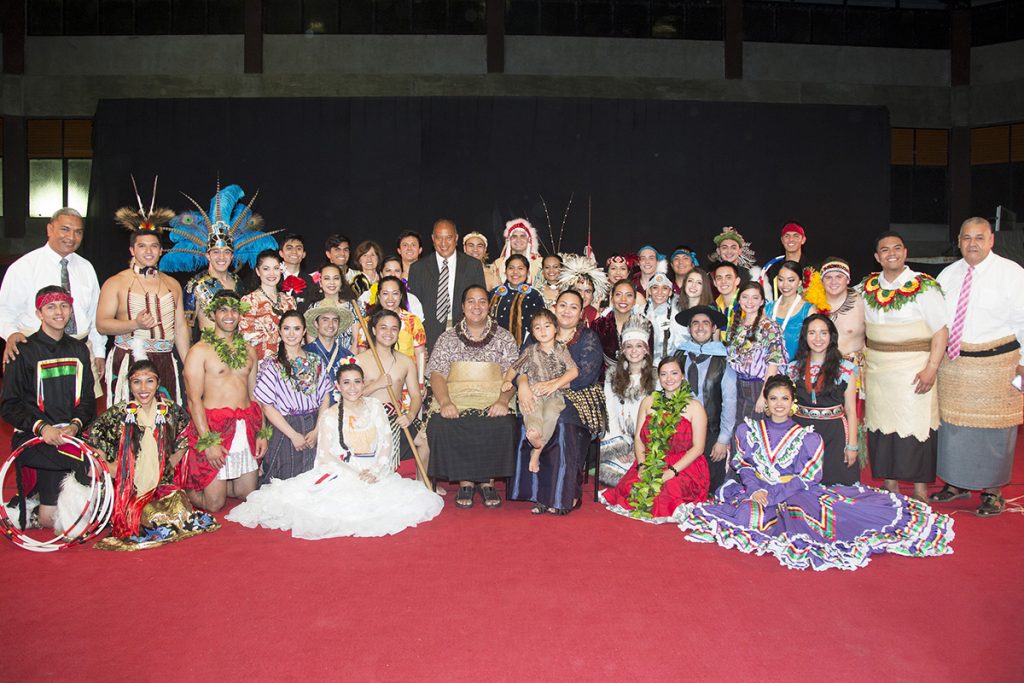 Tonga's Crown Prince and his wife and son, as well as LDS Church leaders in Tonga, pose with Living Legends following the May 10 performance at 'Atele Stadium. 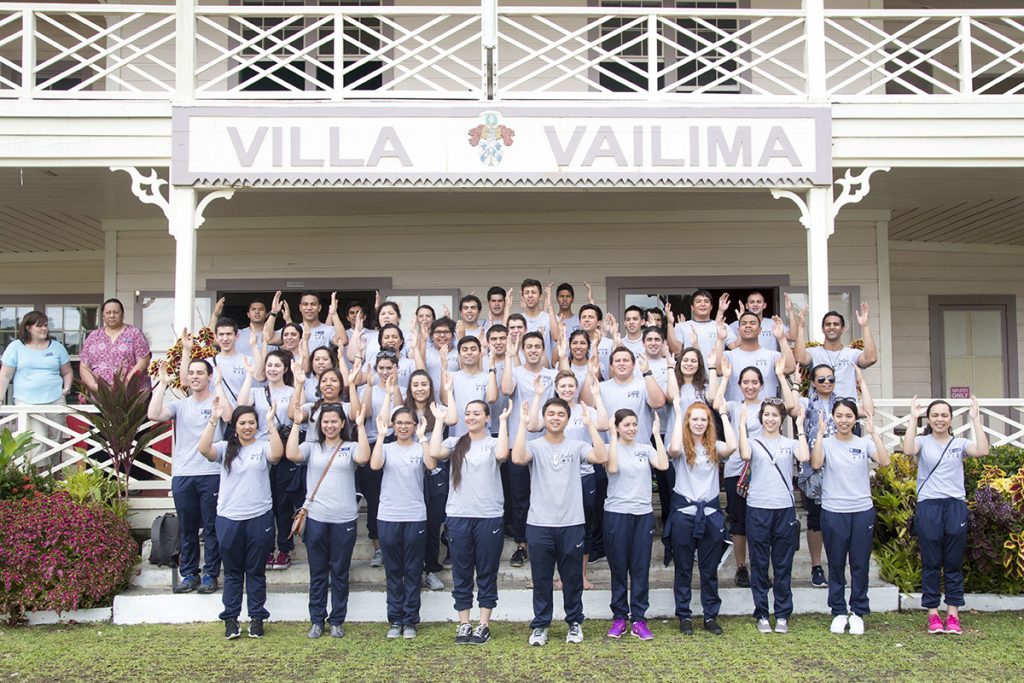 The estate of author Robert Louis Stevenson is now a museum outside of Apia, Samoa. Living Legends members sing a thank-you melody as they conclude their tour of the museum. 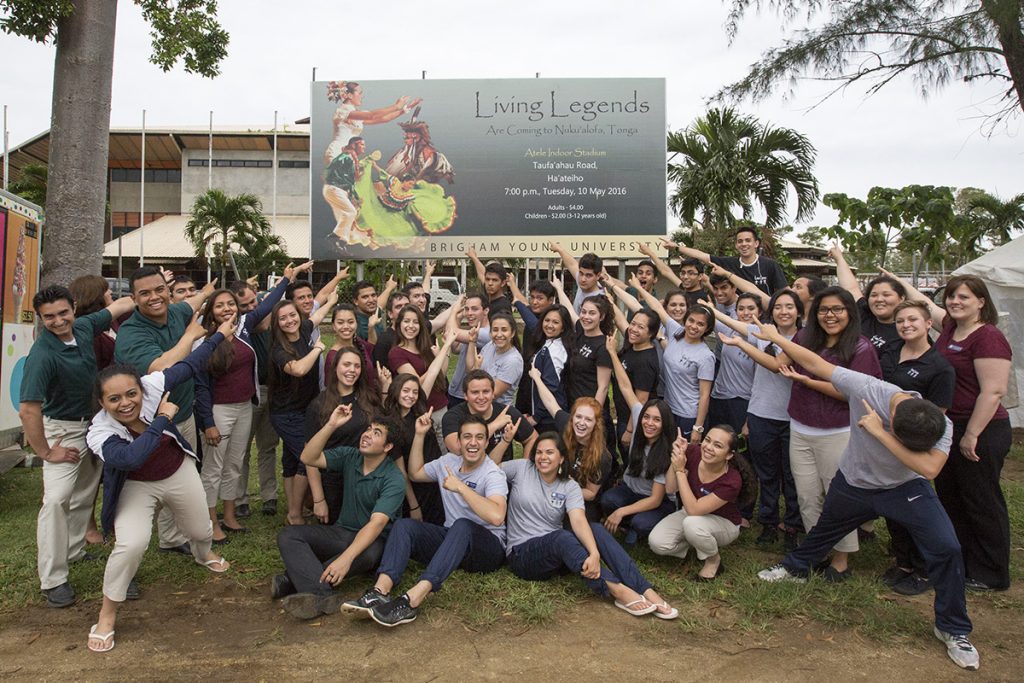 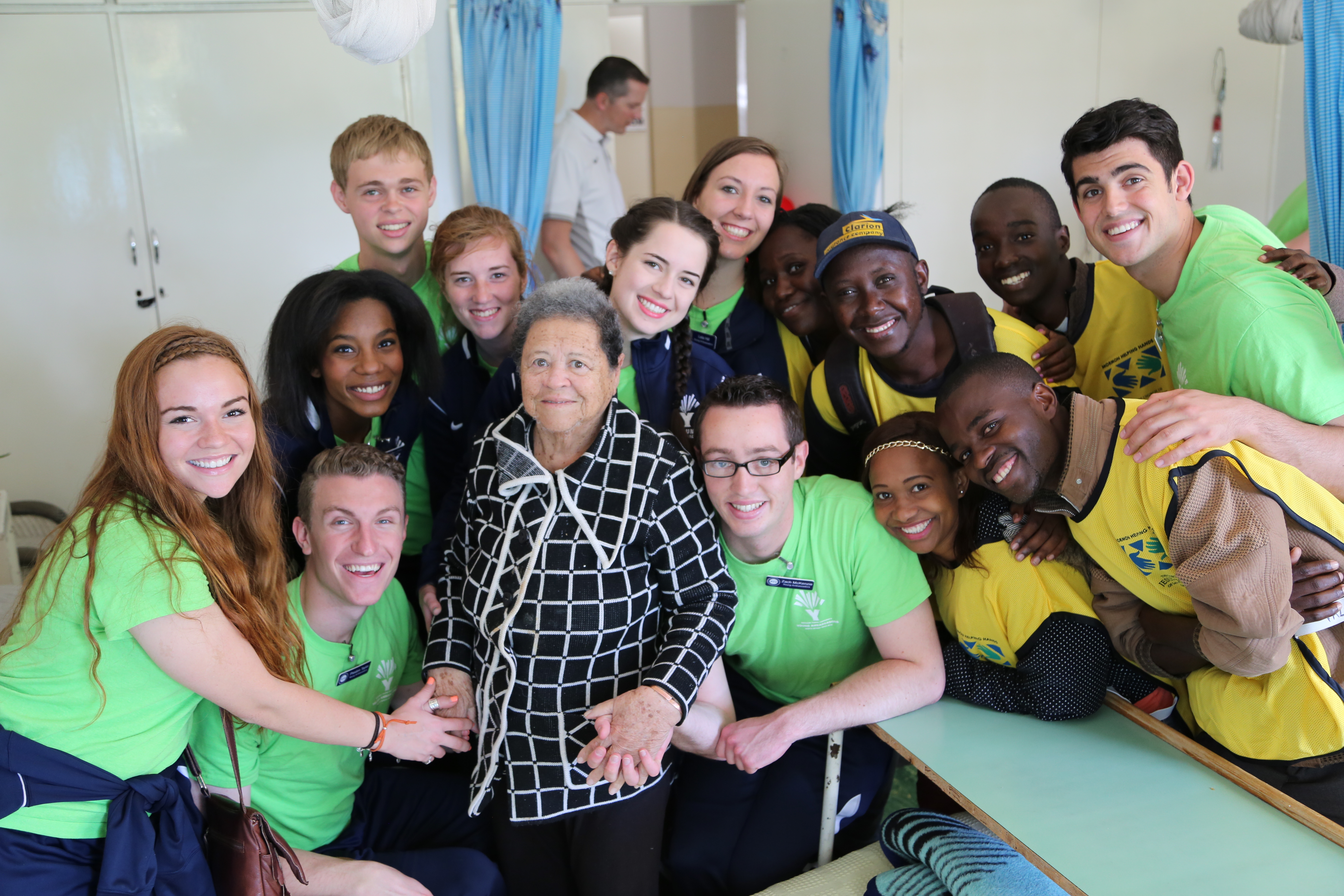 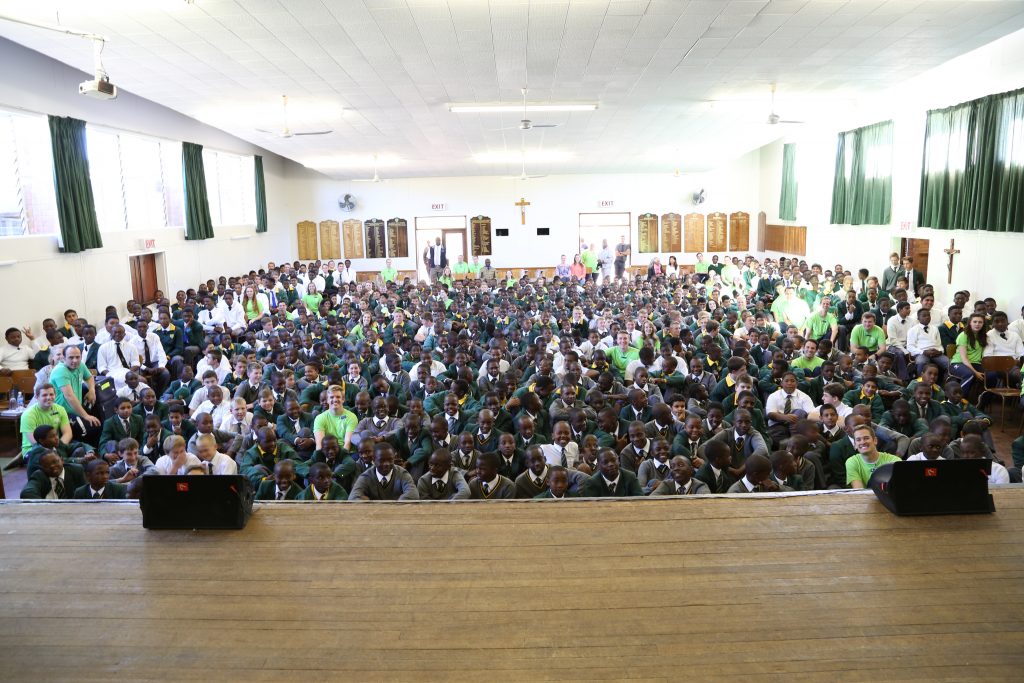 The Young Ambassadors pose after an assembly with the Christian Boys College in Bulawayo, Zimbabwe. 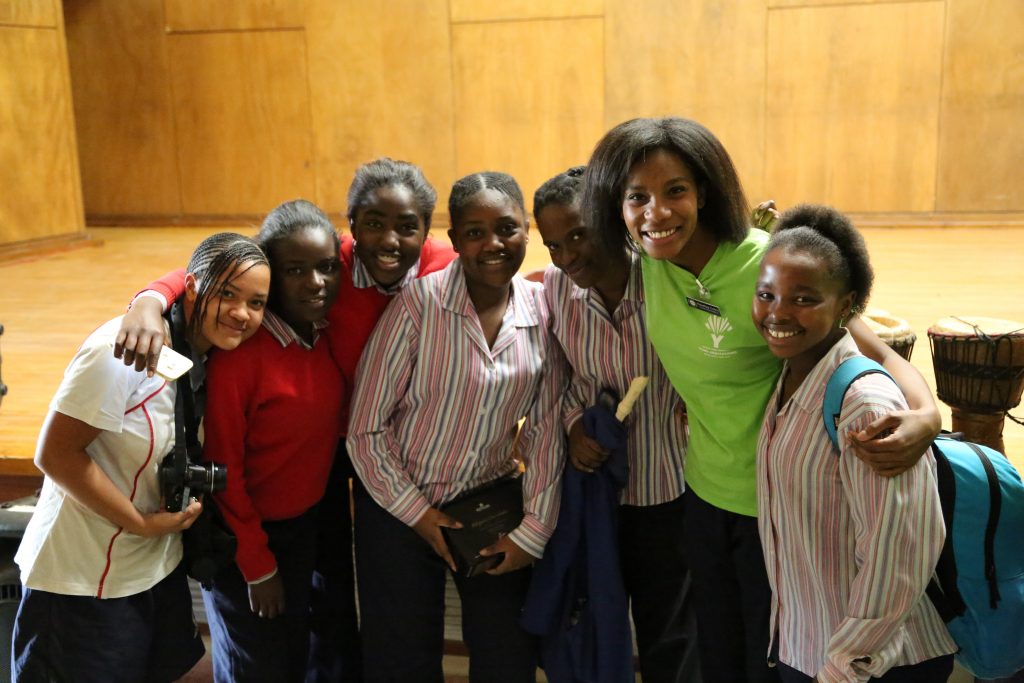 Kaushay Colvin poses with students from the Christian Girls College after the exchange at the Academy of Music. 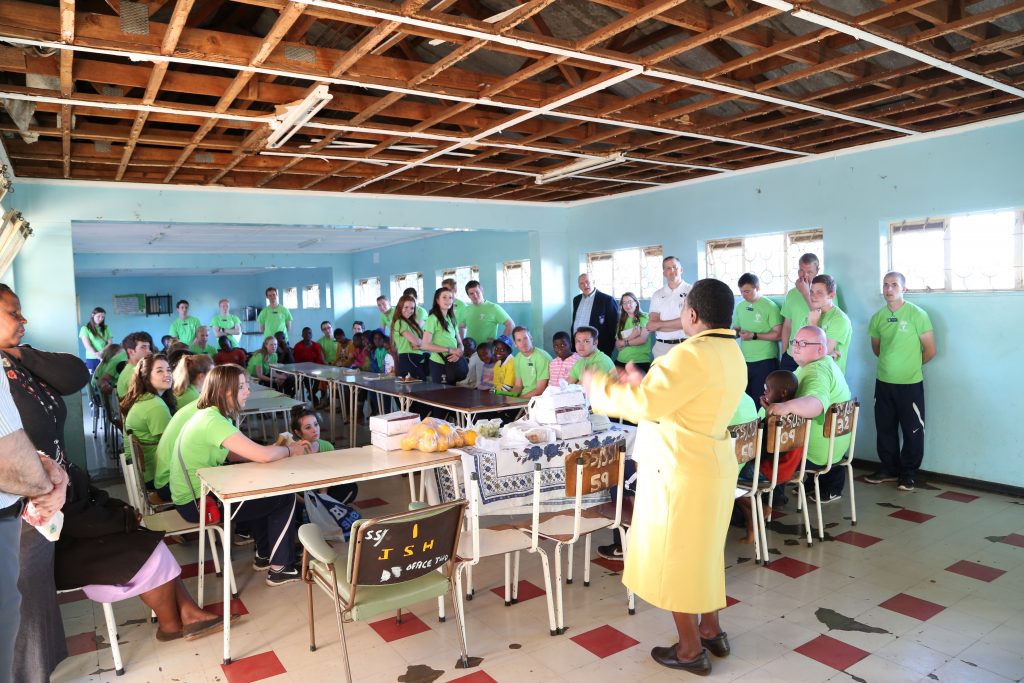 Young Ambassadors listen to the director of the John Smales Children's Home tell how the orphanage began. 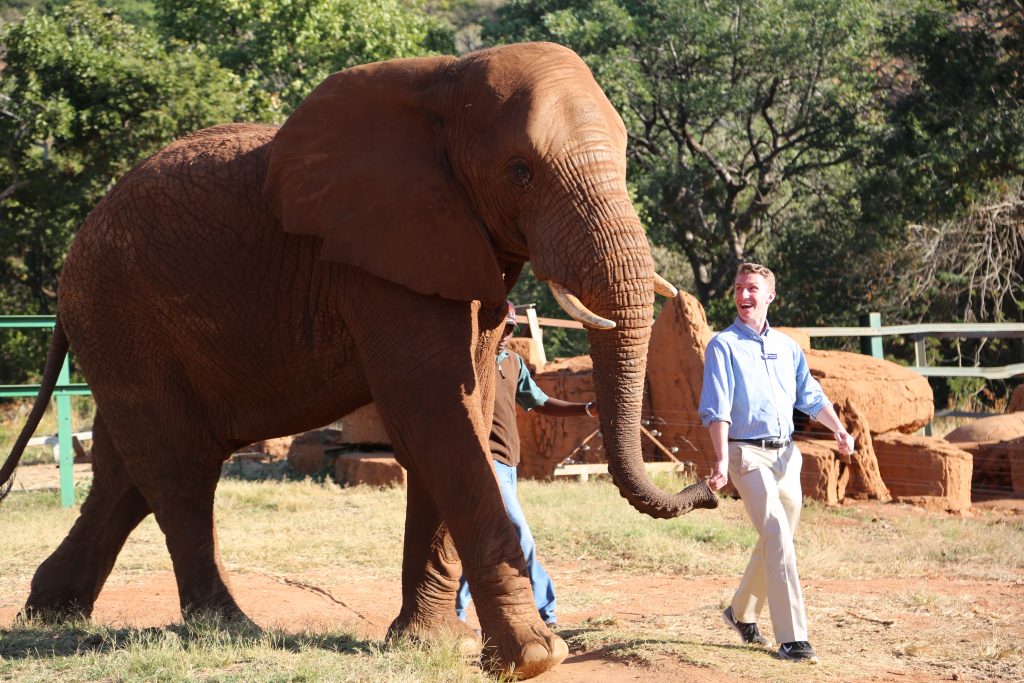 Young Ambassador, Preston Taylor, guides an elephant on a walk at The Elephant Sanctuary near Johannesburg, South Africa. 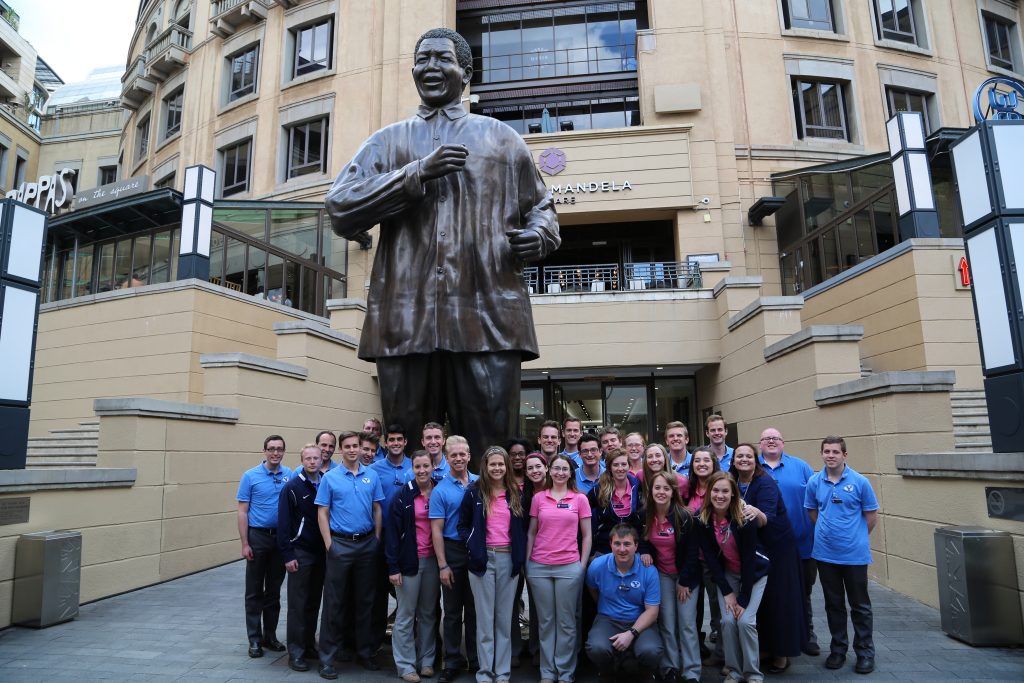 The group takes one last photo at Nelson Mandela Square just before they return to the USA.