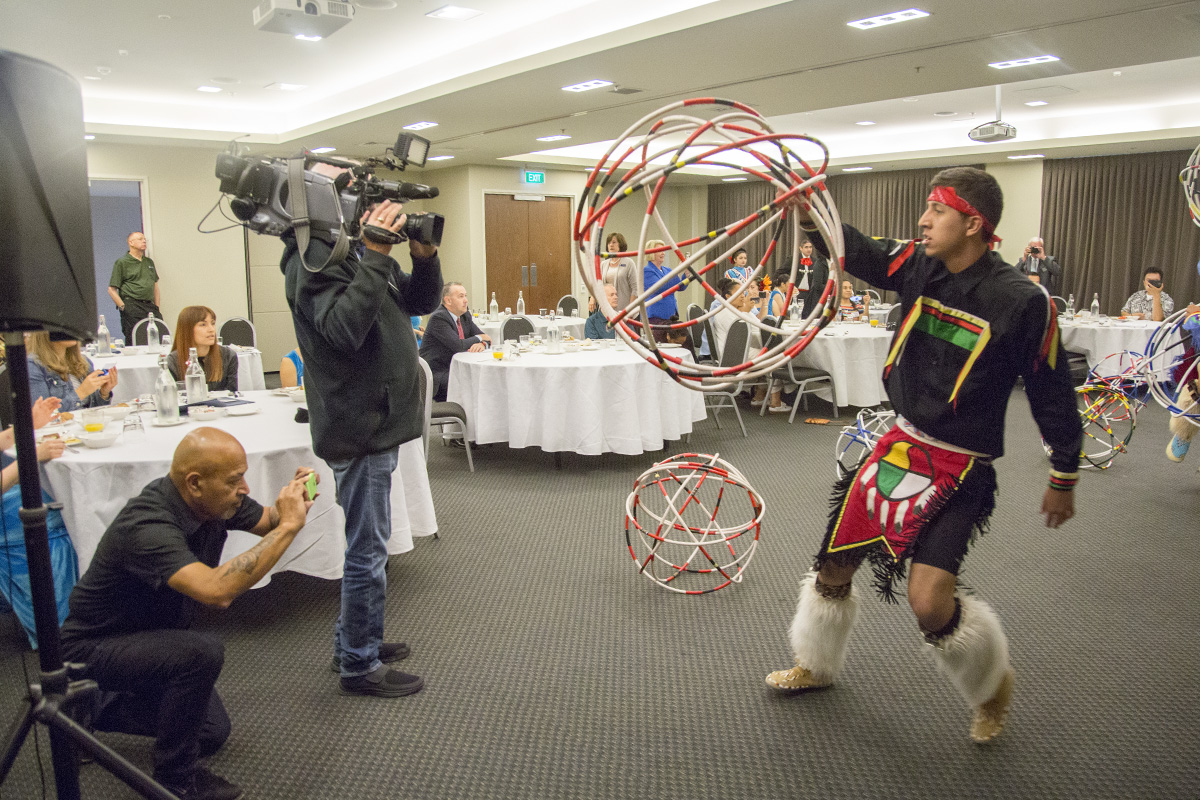 During their first week on tour, Living Legends visited several Auckland suburbs, as well as Waitomo and Hamilton, New Zealand. Following are a few key events: <ul> <li>3 performances--2 in Auckland & 1 in Hamilton; 2 devotionals; and exchanges with a university, an intermediate school, and a youth protection unit.  Also a short performance at the Ronald McDonald House near the Starship Hospital.</li> <li>Pre-performance VIP receptions; a major media event for TV, radio, and print media; and live TV and radio interviews.</li> <li>Visited the Whakatakapokai Care & Protection Residence including an exchange of speeches in Maori and Samoan as well as songs between BYU and the residents.</li> <li>Teresa McNamara, Catholic Diocese of Auckland, said: “It was an amazing show. Very hard to believe that those dancers are students who balance dance practice with their studies. The show was definitely of a standard you would expect from professional dancers. I loved the way that they came out to mix and mingle with the crowd after the show—just awesome.”  (from Mormon Newsroom of the Pacific).</li> <li>Visited the Waitomo glowworm caves, viewing the unique worms existing in the darkness of the caves, that glow to attract food for sustenance.  Also ascended Mount Eden in Auckland, saw the Auckland waterfront, and visited Bastion Point.</li> </ul> It was a busy and rewarding week.  Living Legends now moves south for activities in Rotorua, Taupo, Palmerston North, Wellington, and Porirua, New Zealand, before continuing to Tonga and Samoa. 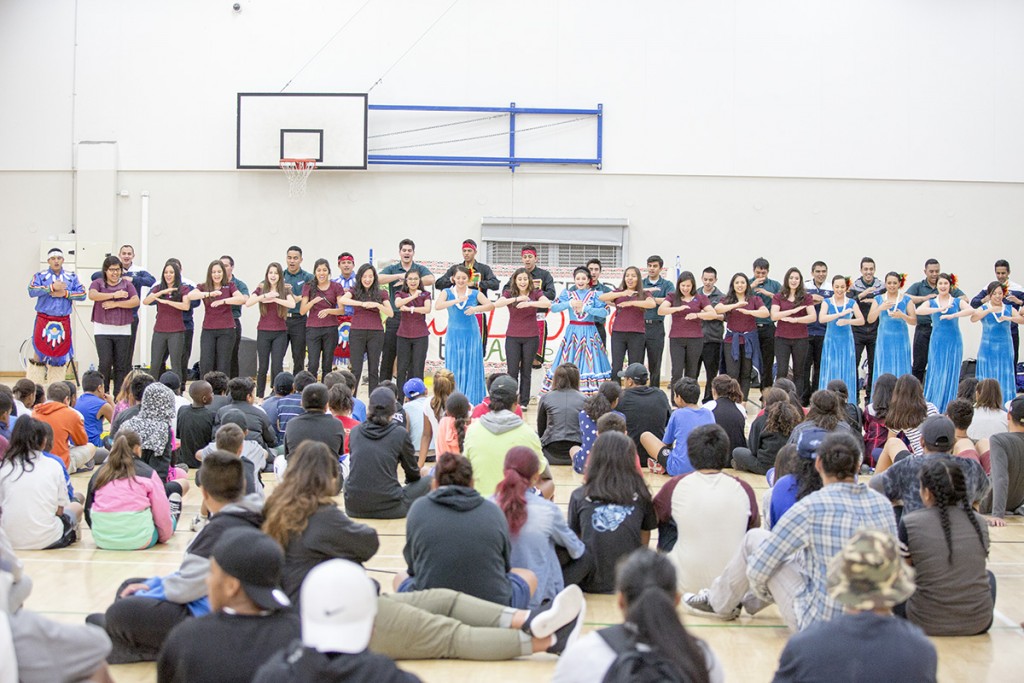 A visit to the Henderson Intermediate School gave Living Legends members the opportunity to share their song of gratitude, "Ko Tenei te Wa," sung in Maori, which was very well received. 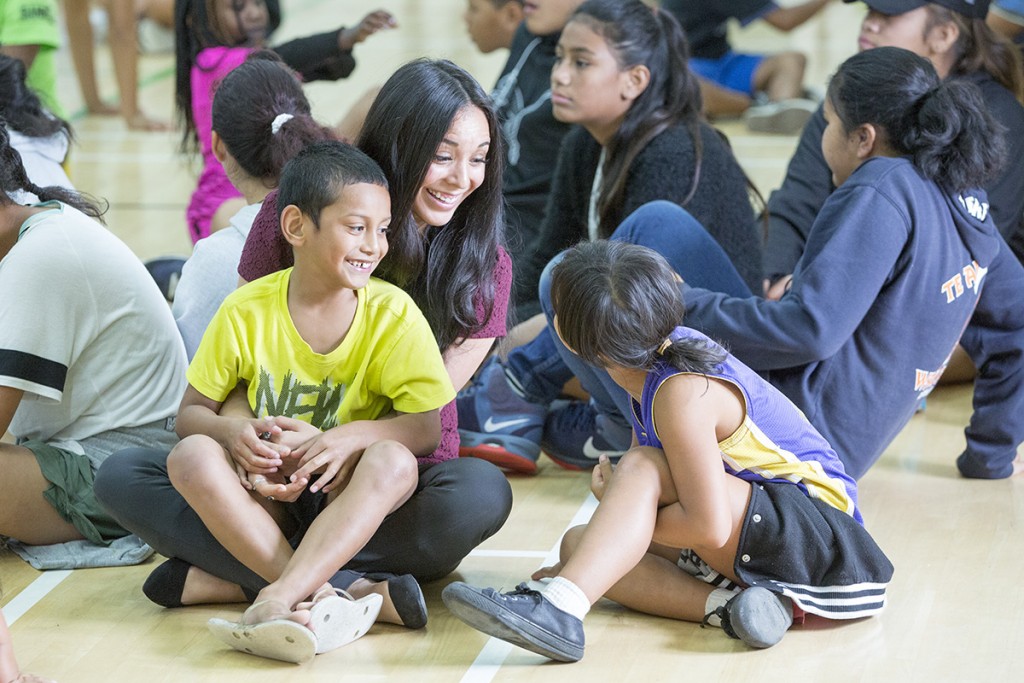 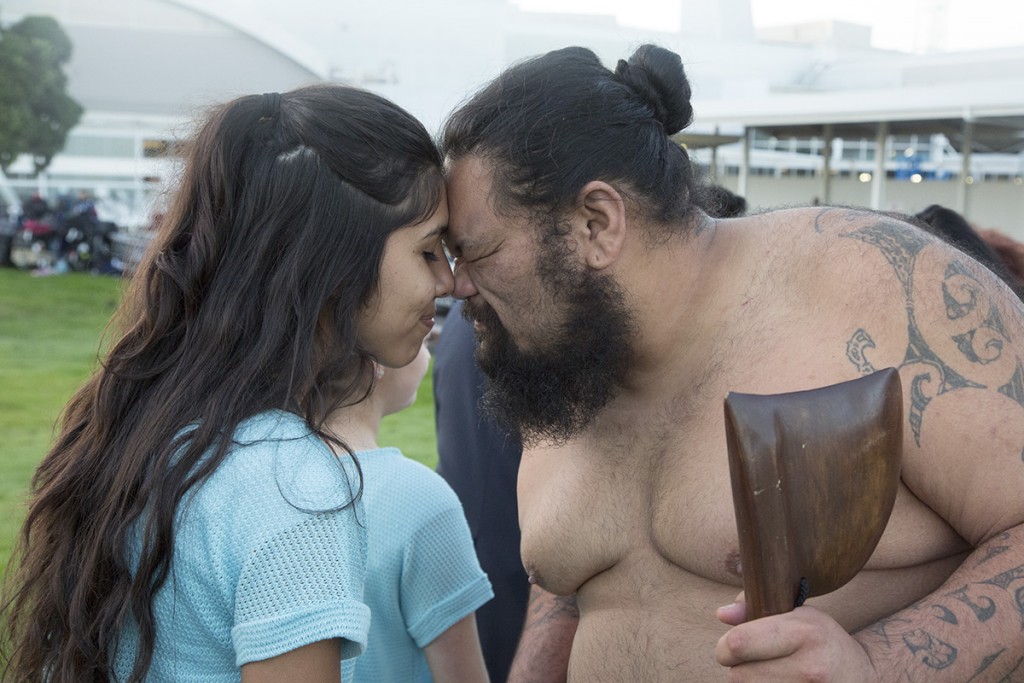 Greeted upon arrival by students from the Kelston College, Living Legends members were ceremonially welcomed, and then exchanged the hongi in friendship (the pressing of one's nose and forehead to that of another). 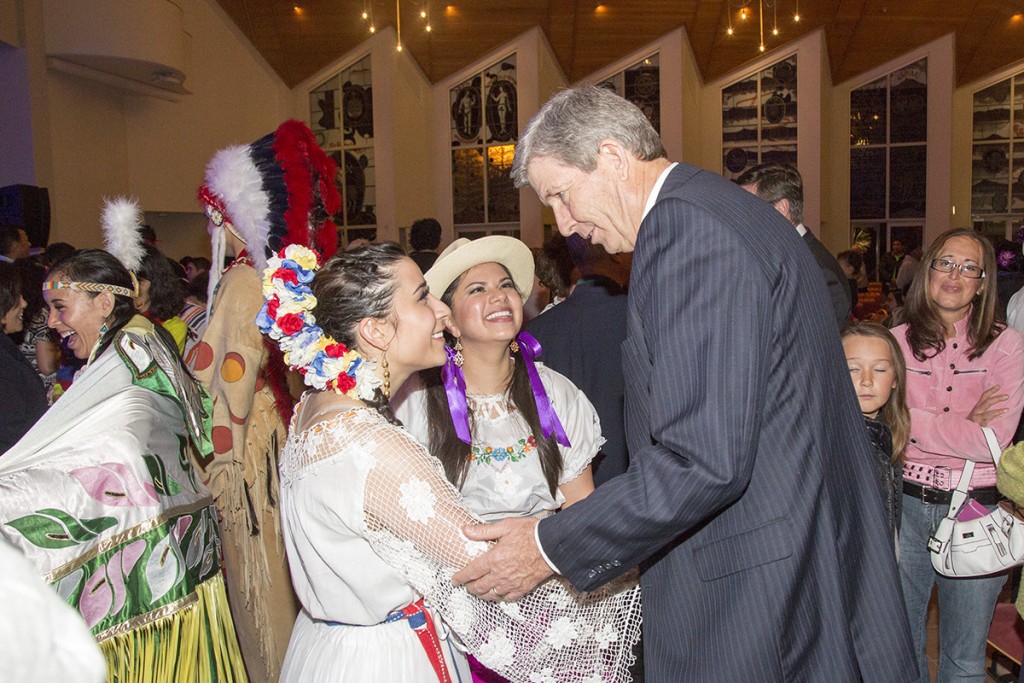 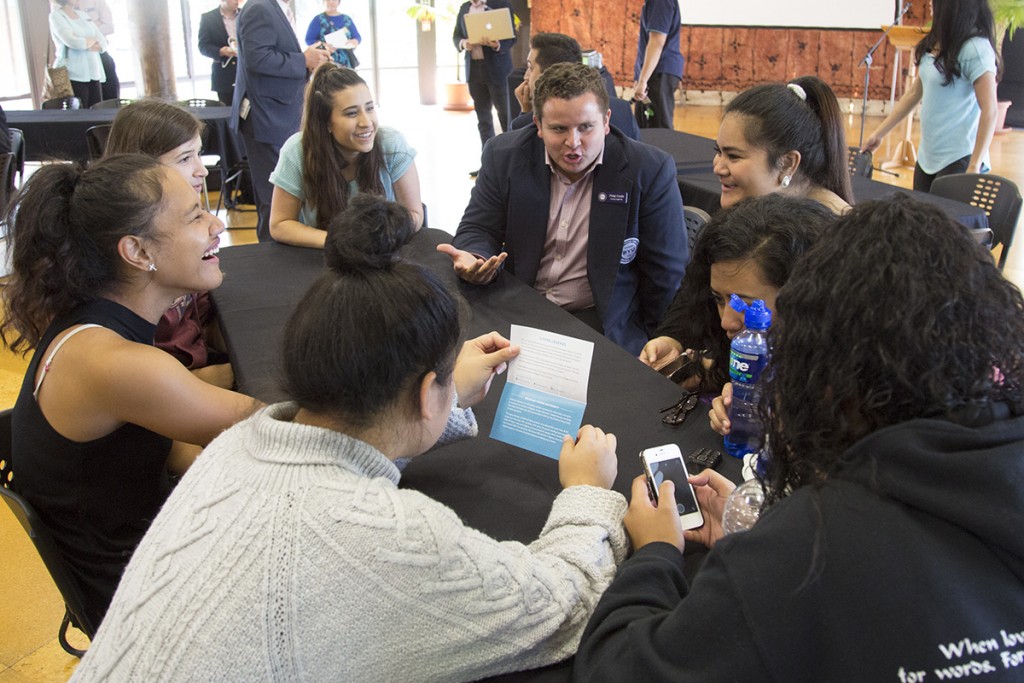 On their first day in Auckland, New Zealand, Living Legends visited the Fale Pasifika at the University of Auckland, where they performed and spent time meeting students. 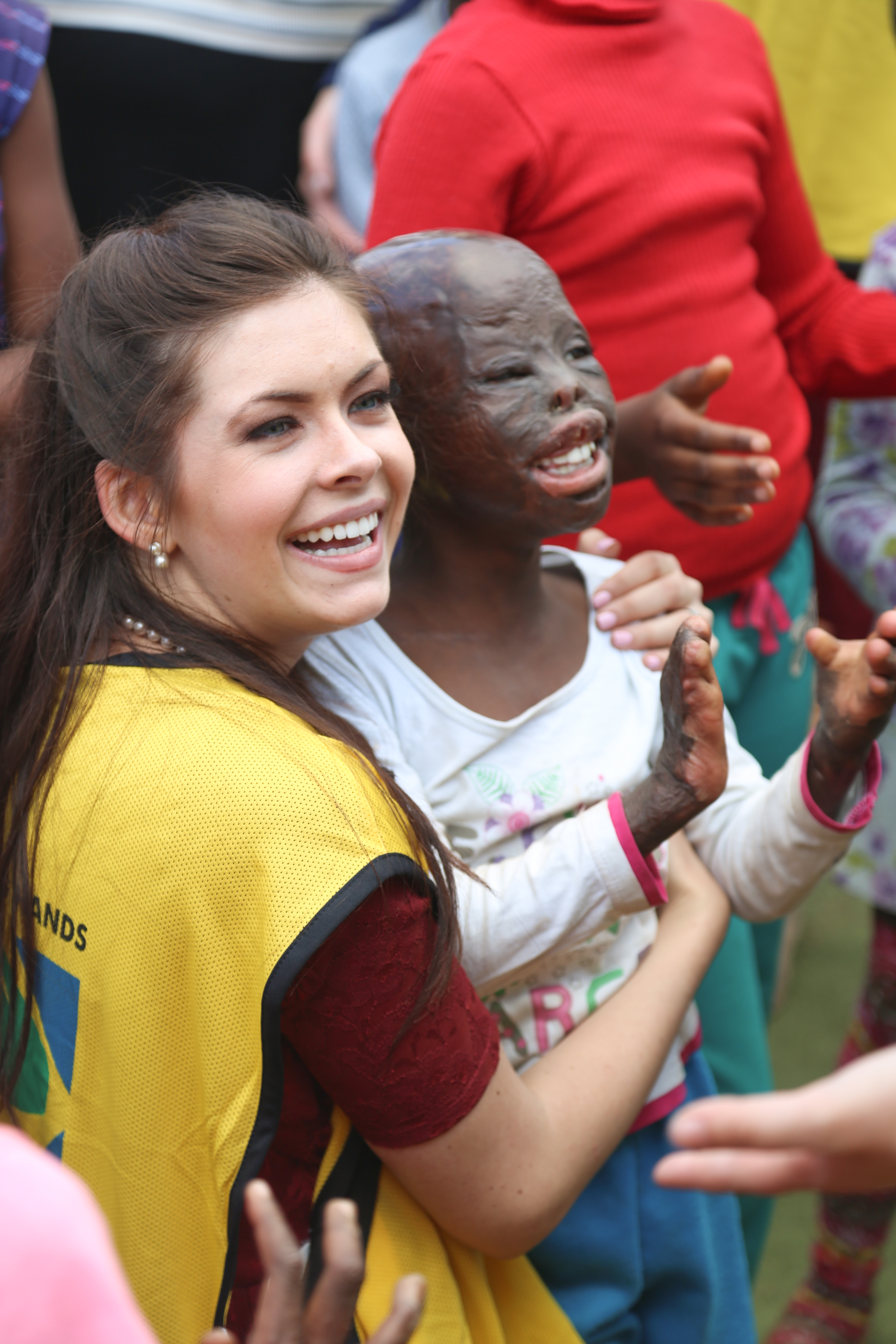 Young Ambassadors arrived in Durban last week, where they had two concerts. They have also visited Bloemfontein and Johannesburg, South Africa where another four performances were given. In addition, they held VIP receptions and held devotionals for the local LDS Church members in each city. Following are a few key events: <ul> <li>In Durban, Young Ambassadors visited the University of KawZulu-Natal where they participated in an exchange with the KwaZulu-Natal Jazz program. Young Ambassadors performers were able to attend a dance class and learn dances from the cultures of Africa.</li> <li>Young Ambassadors had a VIP reception with community leaders, government leaders from Lesotho, and non-government organizations.</li> <li>They were also invited for two radio interviews, one for UKHOZI FM, with over 8-million listeners and MOTHEO FM, with over 175,000 listeners.</li> <li>In Bloemfontein, Young Ambassadors members visited Lebone Village Orphanage, where they sang, played, and read books that the performers had brought from the USA to donate.</li> <li>The group also sang and spent time with the elderly at the Frail Care Home, where they had the opportunity to meet more people of South Africa.</li> <li>Another VIP reception was held in Bloemfontein with nearly 40 religious and community leaders in attendance.</li> <li>In Johannesburg, Young Ambassadors did a special performance for the South Eastern Area Presidency of the LDS Church and their staff. They also did a workshop with Protea School students, who are challenged with learning disabilities. Young Ambassadors purchased musical instruments for the students and taught them how to play.</li> <li>With the local YSA group of Johannesburg, Young Ambassadors delivered clothing and toys to the Children of Fire organization, a place where children who have severe burns can heal physically and mentally. The group sang, danced, and played with the children.</li> <li>They also spent time with the patients of the Avalon Association.</li> </ul> Young Ambassadors had an extremely busy week, but they embraced each opportunity to teach, learn, and serve while making new friends everywhere they went. 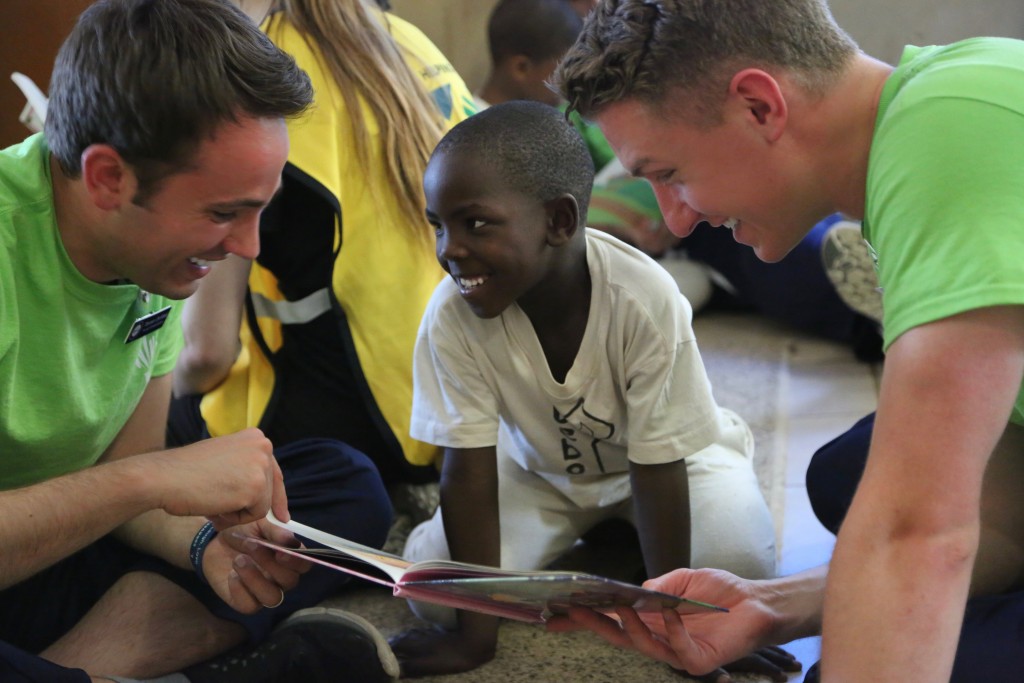 Tanner DeWaal and Preston Taylor read a book to their new friend at the Lebone Village. 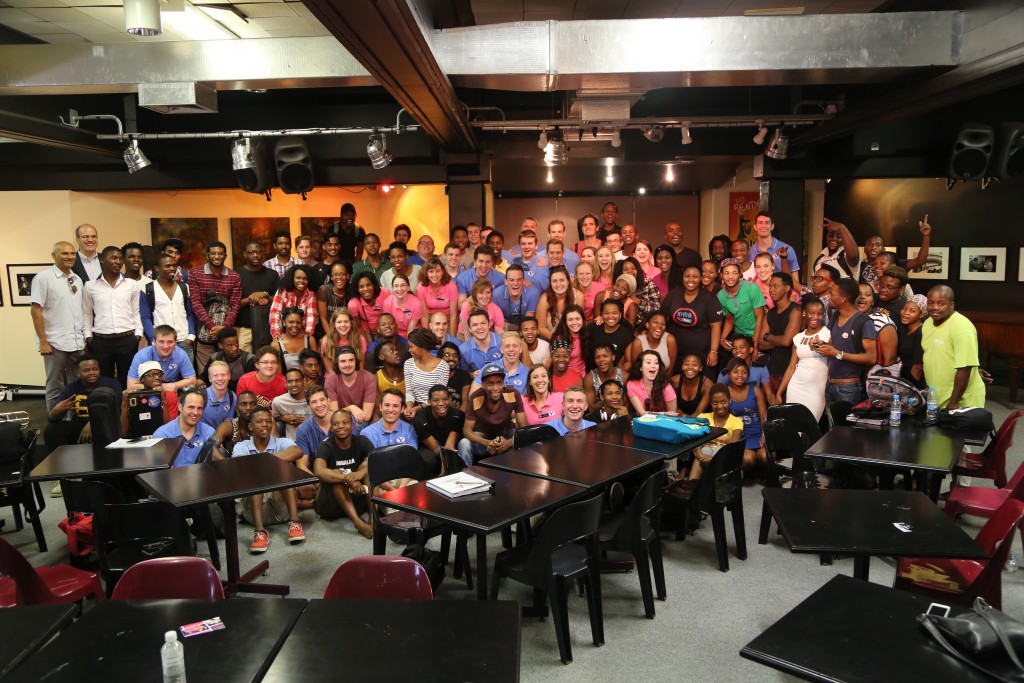 The Young Ambassadors and students from the University of KwaZulu-Natal pose for a photo after their exchange. 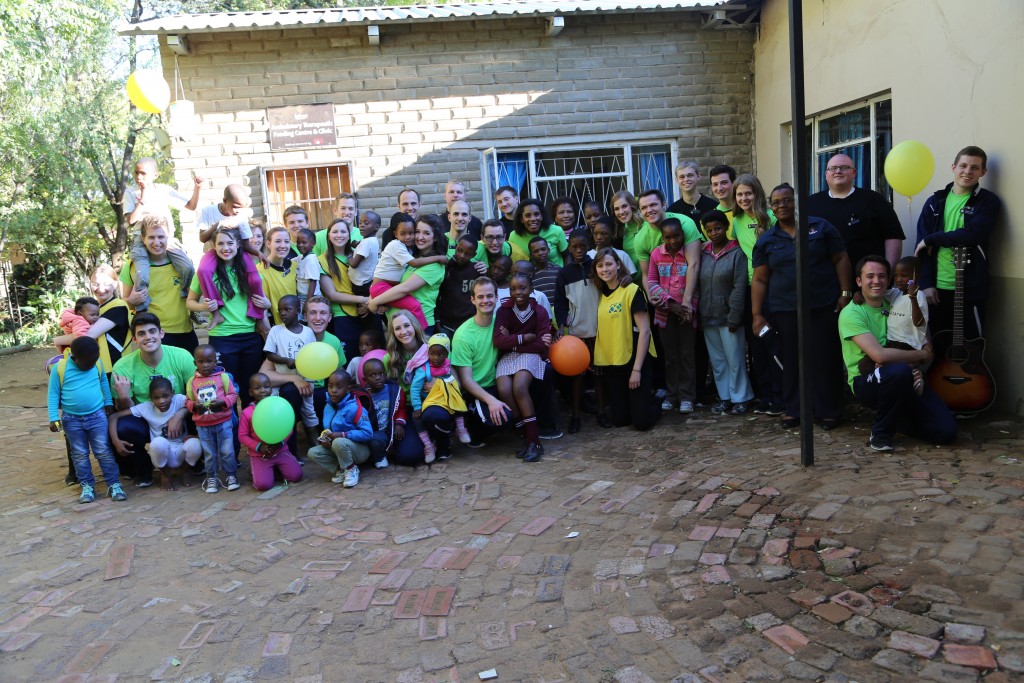 The Young Ambassadors take a quick group photo with the children of the Lebone Village. 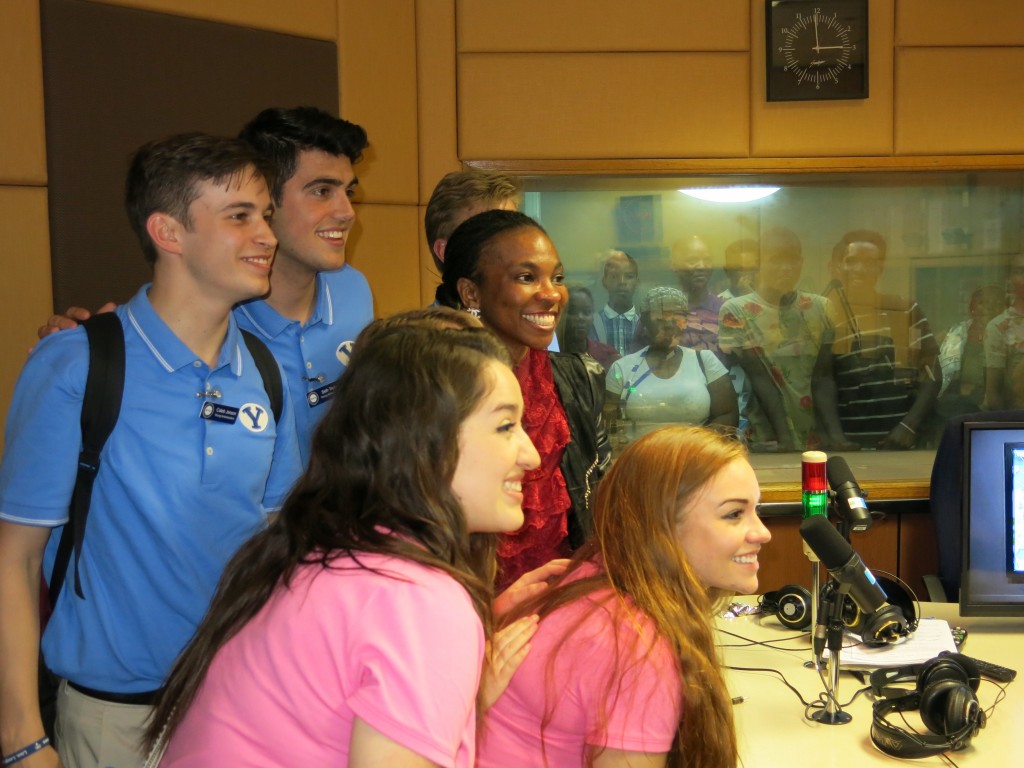 A small group of Young Ambassadors pose for a photo, while being interviewed by UKHOZI Radio in Durban. 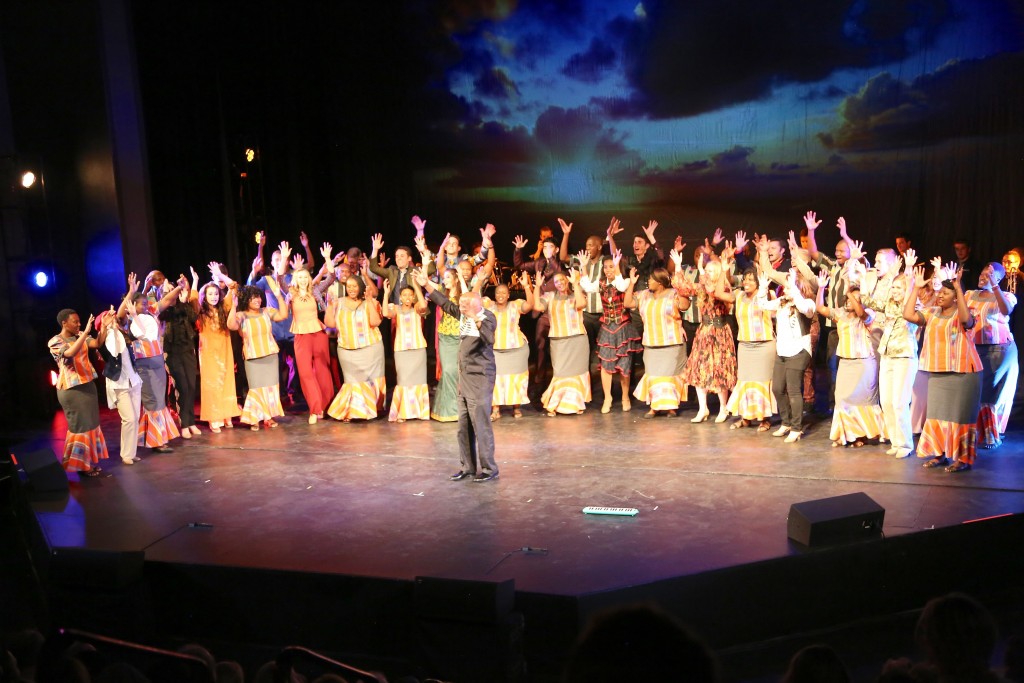 Young Ambassadors sing at the end of their show with the SABC Choir. 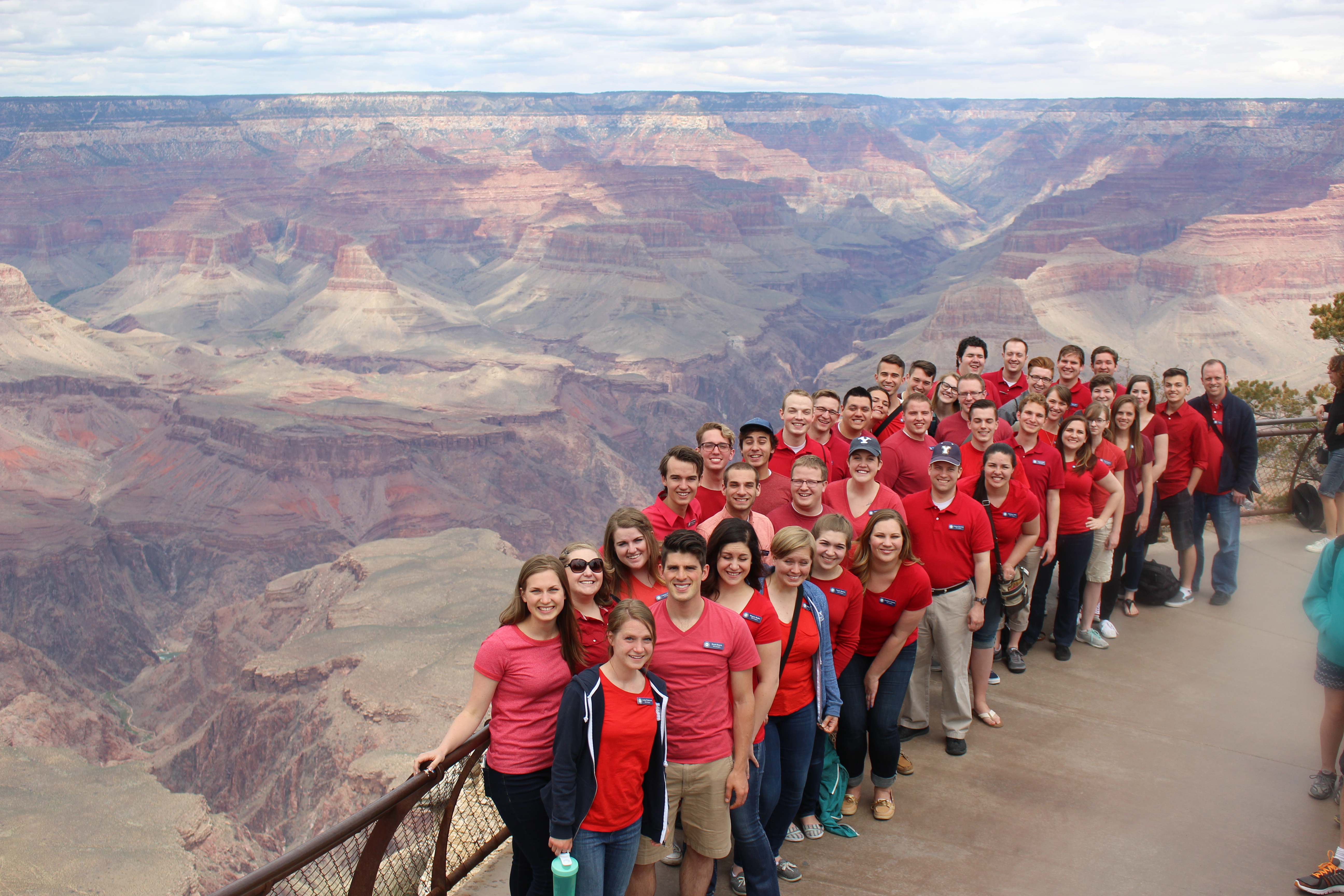 BYU Singers is the premier choral group at Brigham Young University. Conducted by Dr. Andrew Crane, the group is currently on a 12-day tour in Arizona that will include 10 concerts and one music devotional. Here are a few highlights from the road: <ul> <li>In the group’s first week of tour, they traveled more than 1,100 miles by bus.</li> <li>The locations for the first six concerts include three have been high school auditoriums, one college auditorium, one Catholic Cathedral, and one LDS Church (devotional).</li> <li>Two workshops have been held with two institutions of higher education: Eastern Arizona College (Thatcher, AZ) and the University of Arizona (Tucson, AZ).</li> <li>Providing service opportunities is another important element of a performance tour. This week, the group sang for dozens of families at a homeless shelter in Tucson, AZ. After the informal concert, the students played games with the children and made snow cones for family members.</li> </ul> The group will conclude their tour in Flagstaff on May 7th and return home to Provo on May 8th. 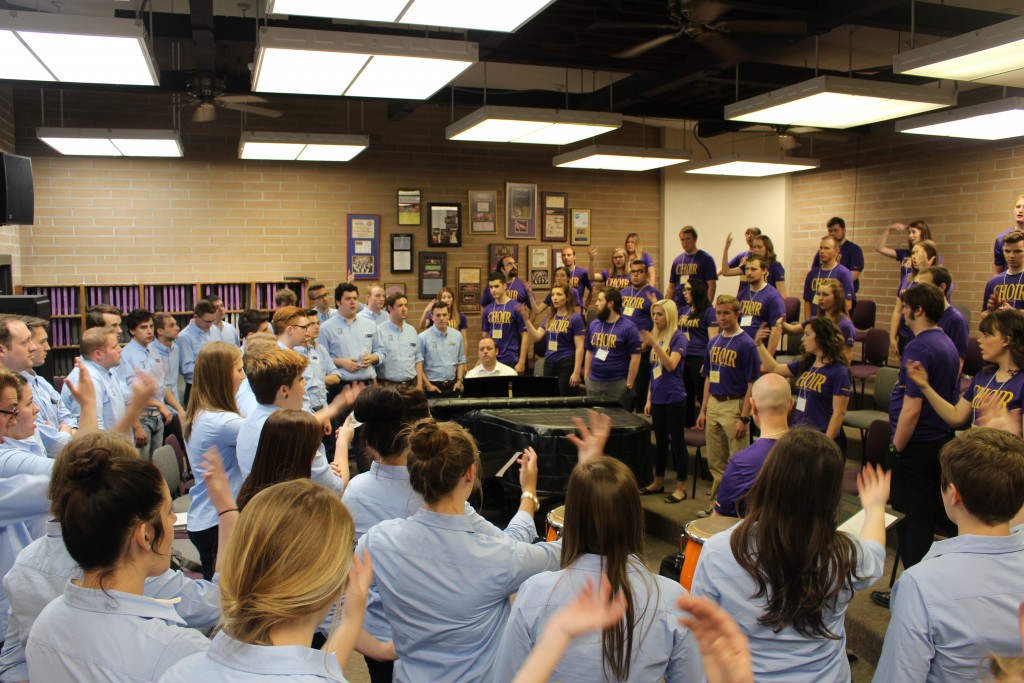 Music workshops and exchanges are an important element of the tour. These workshops provide opportunities for academic collaboration, building key relationships, and interactions between students and faculty. Pictured here are students from BYU and Eastern Arizona College in Thatcher, AZ. 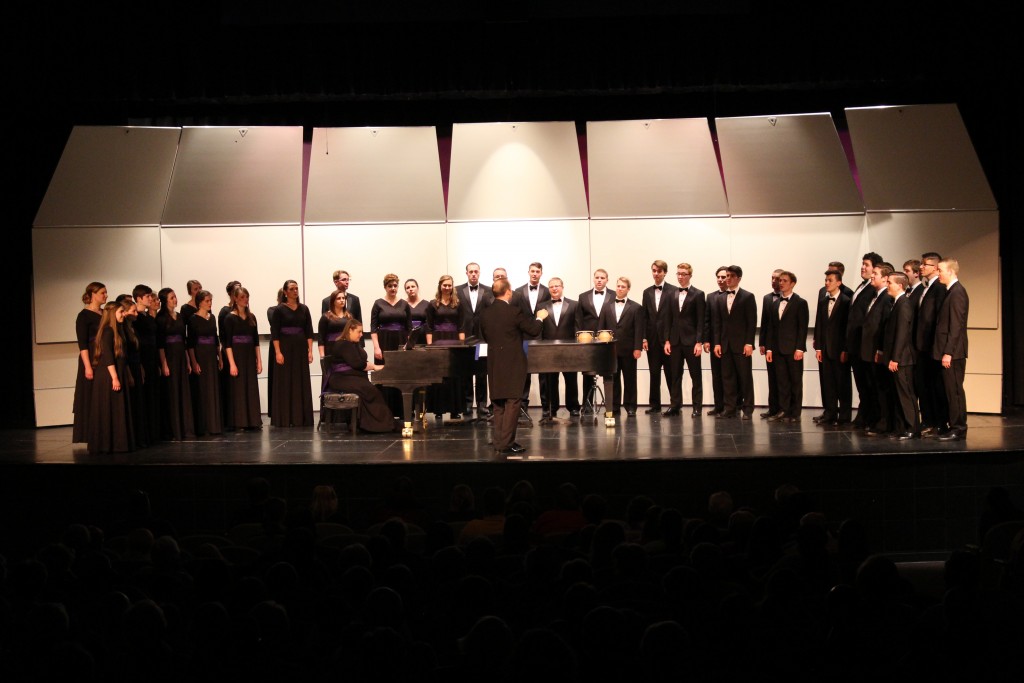 BYU Singers has traveled throughout the United States and to 27 countries. This is the first performance tour under the direction of new conductor Dr. Andrew Crane, pictured here with the group in Snowflake, AZ. 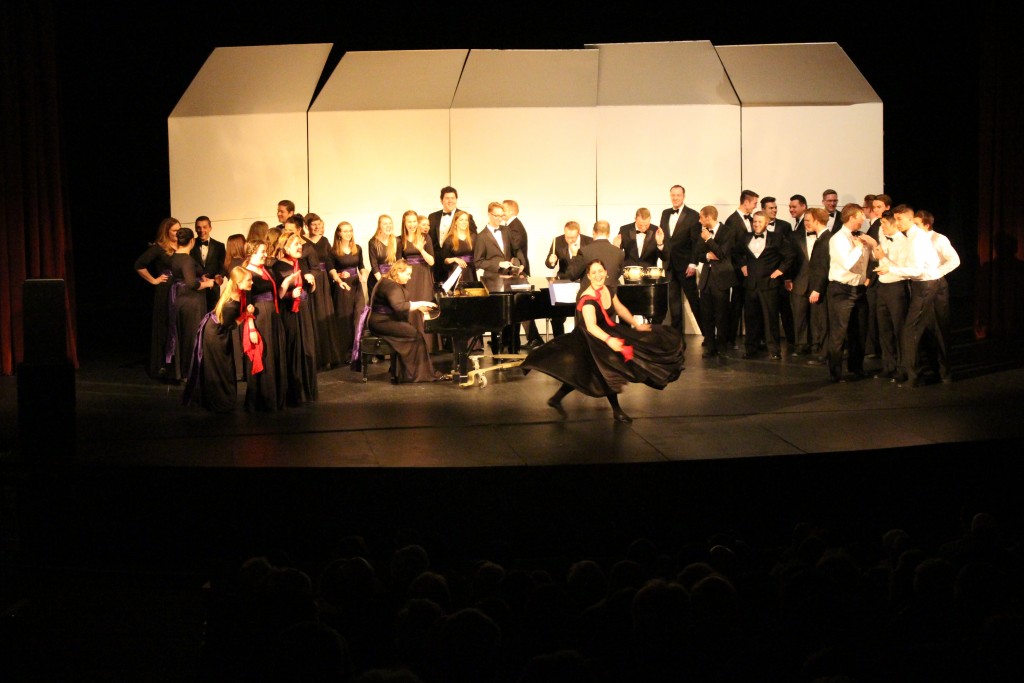 The group performs pieces from nearly every musical genre as well as many original works written or arranged for the choir. In Prescott, AZ, the group delighted the crowd with selections from "West Side Story."