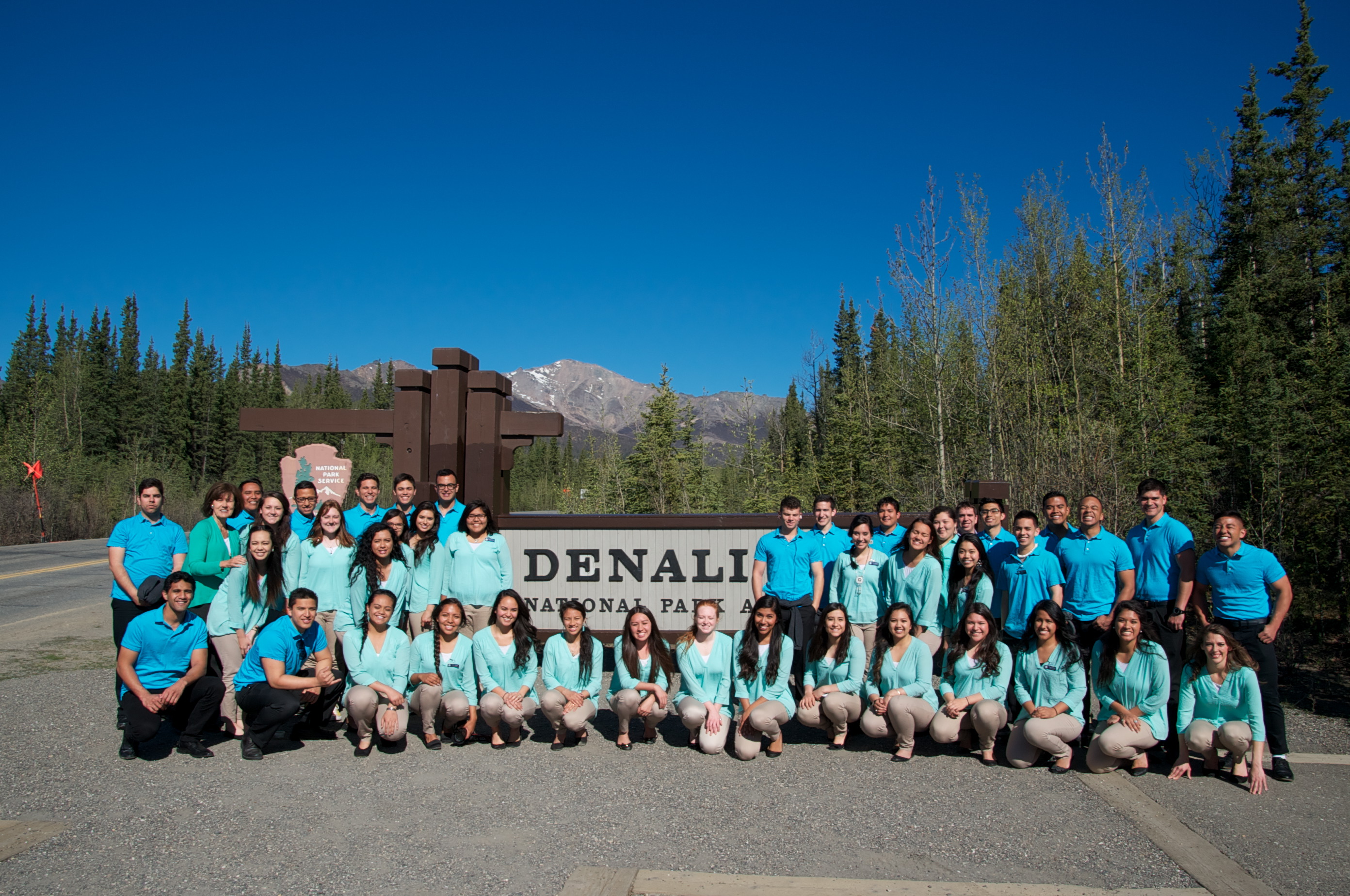 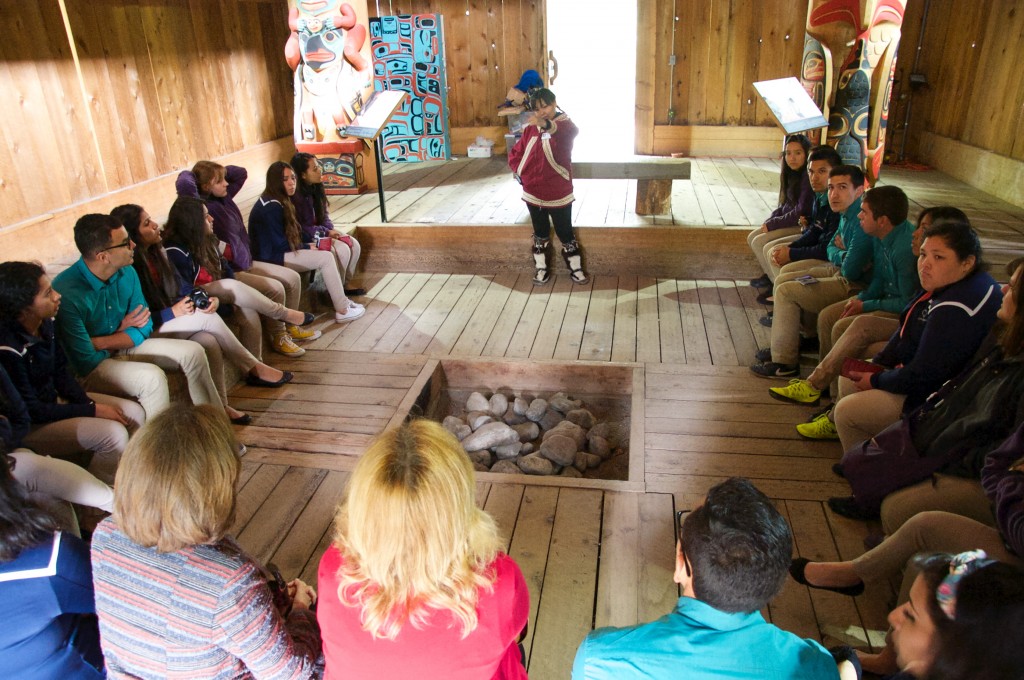 A guide from the Alaska Native Heritage Center in Anchorage addresses members of Living Legends. The Heritage Center is a renowned cultural center and museum where visitors come to expand their understanding of Alaska’s indigenous people. 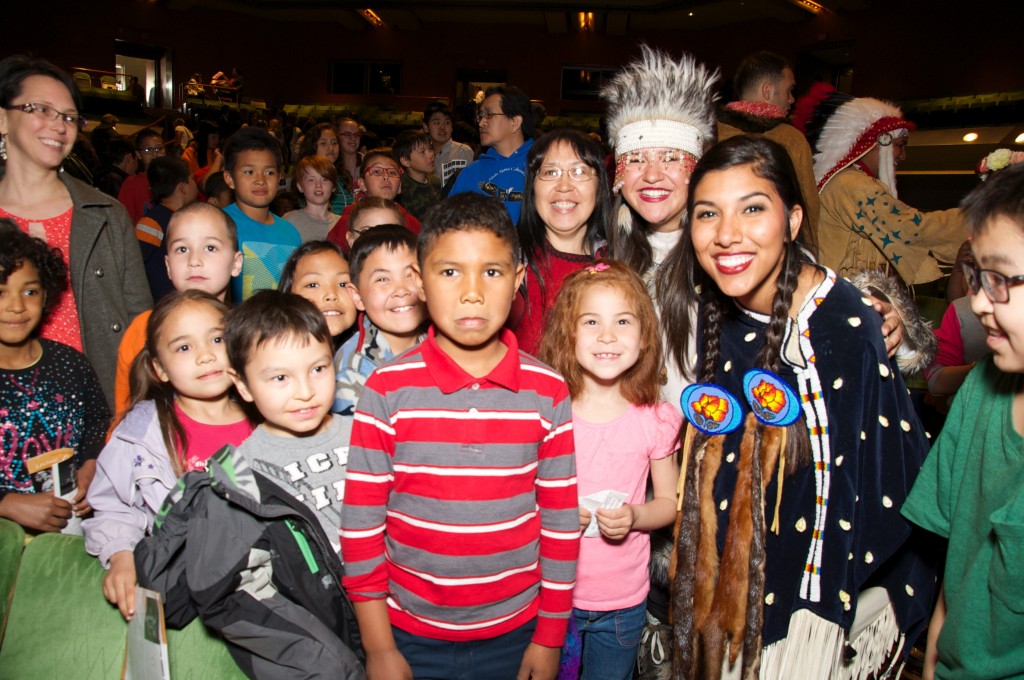 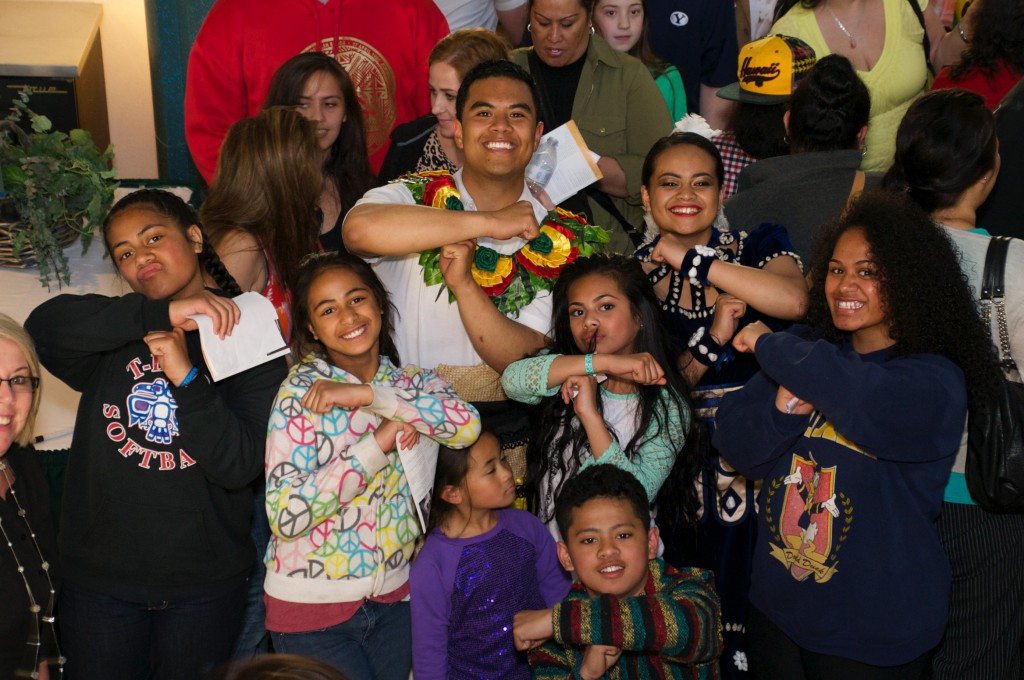 Mikey Ikahihifo and Sia Fifita from the Polynesian section of Living Legends pose with local Polynesian elementary students after the matinee performance in Anchorage. Feedback from the matinee included a Title I school principal that said this was the best performance his students had seen. He said the performance broadened the picture of possibilities for the students’ lives. 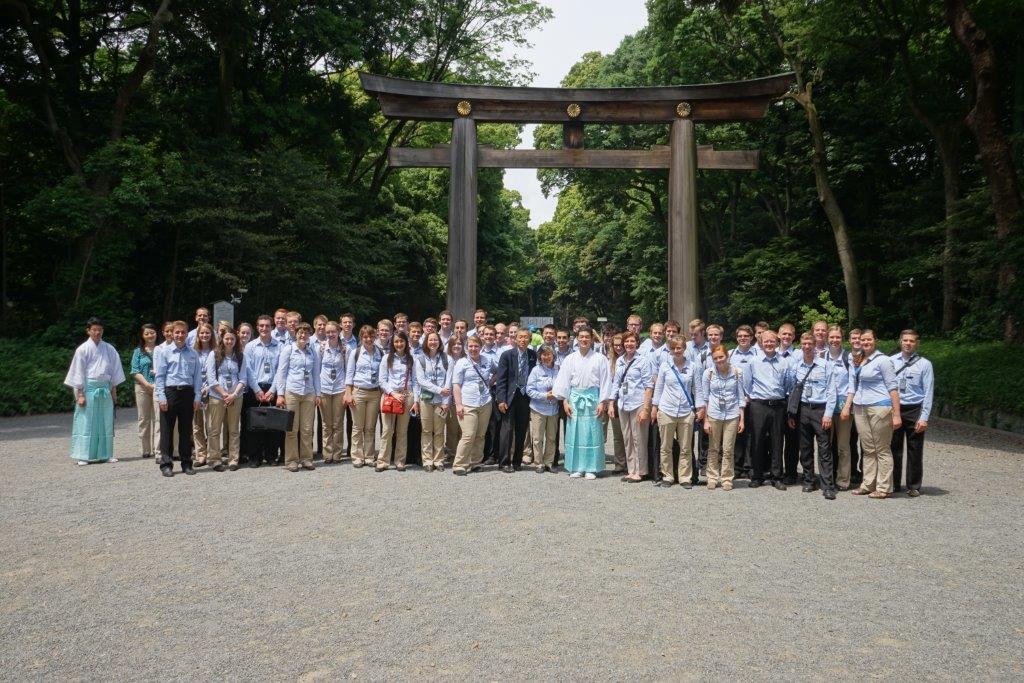 The Wind Symphony completed their three-week tour to Asia in the charming and welcoming country of Japan.  During their eight day stay they visited six different cities and had the opportunity to perform for thousands.  The students quickly learned that Japan offered different challenges and opportunities from Mongolia and South Korea.  The group relied primarily on the Japan rail system to move about the country, causing the students to learn the importance of sticking together and punctuality.  But just as they did in every concert, the members of Wind Symphony performed extremely well, and became proficient train travelers. The group first visited a school in Fukuoka, where they experienced the disciplined and friendly atmosphere of the Japanese education system.  Our students were able to share the different sounds of the band’s instrumentation with hundreds of engaged Japanese children.  One of the pieces most enjoyed by the young students was an oboe tribute to a favorite local cuisine, called <em>Squid Party</em>.  Their first day in Fukuoka also included a visit to the Fukuoka LDS Temple and a fun evening with some local young single adults.  The next day they performed a matinee concert for the public in a lovely concert hall in the town of Chikushino. Home base for the next few days became the capital city of Tokyo.  The Wind Symphony performed for a large and appreciative audience in the Nakano Sun Plaza Hall.  They also took time out to visit a school in the more remote mountainous town of Yuzawa, once again charming young students, but also a large contingent of interested townspeople. <h6>The final two performances of the tour were in Nagoya and Osaka, where appreciative audiences made their approval known as they demanded multiple encores.</h6> The final two performances of the tour were in Nagoya and Osaka, where appreciative audiences made their approval known as they demanded multiple encores.  As the tour wound down the students began to reflect on the memories they had created together and with their new friends in this country and others.  There were few dry eyes as they packed up their instruments for the last time.  The group spent their final day in Japan experiencing the historic city of Kyoto; a fitting end to their time in a country so rich in history and culture. 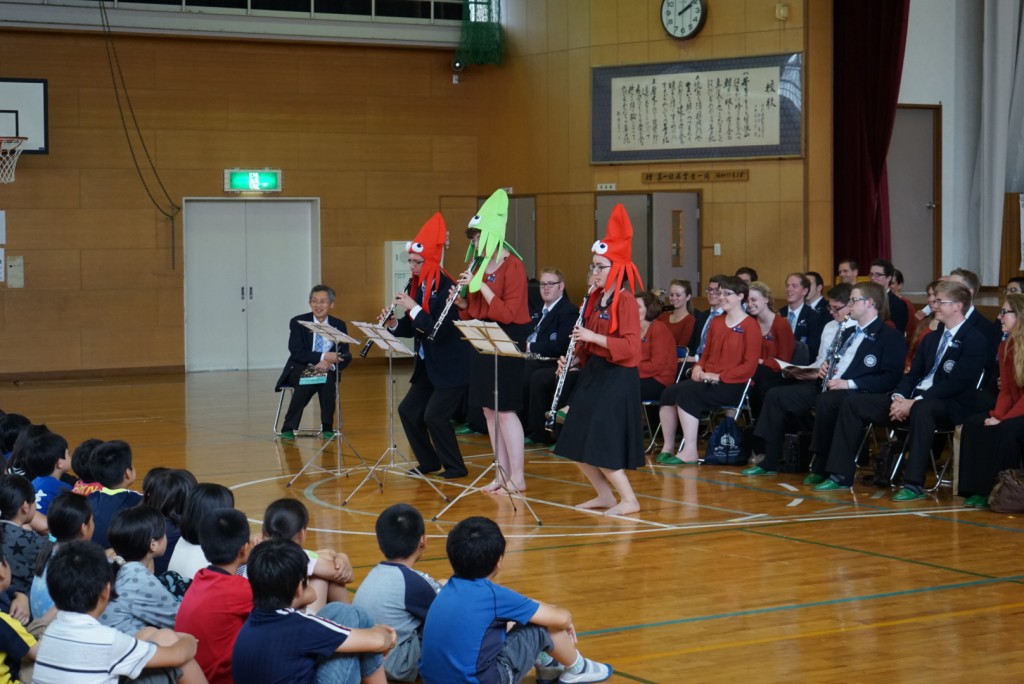 The oboe section performs for school children in Fukuoka. 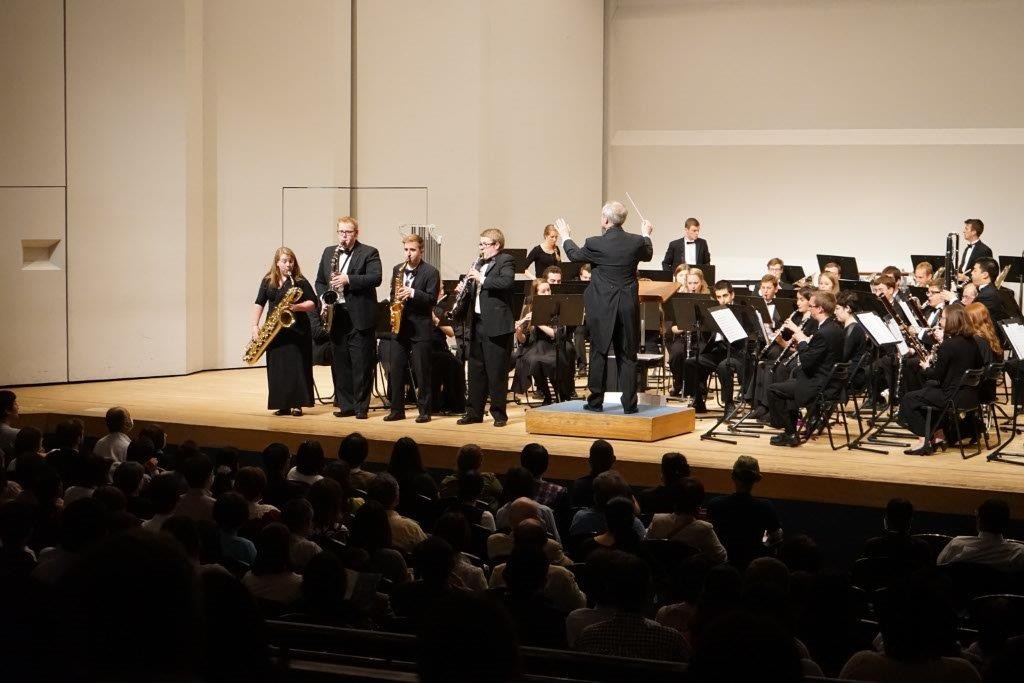 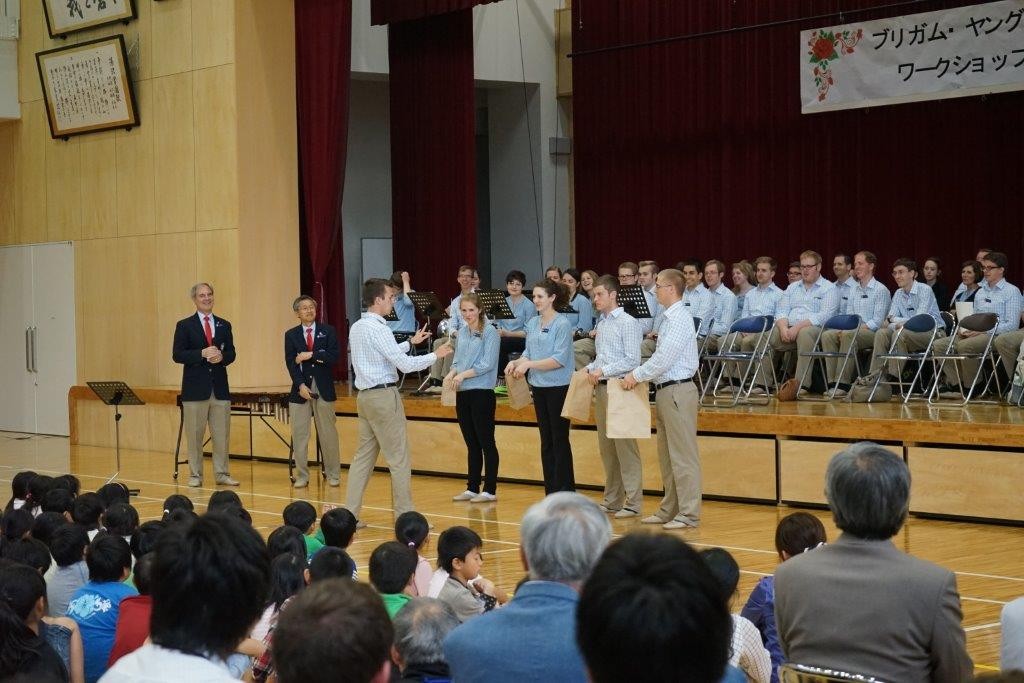 The percussion section entertains at a school in Yuzawa. 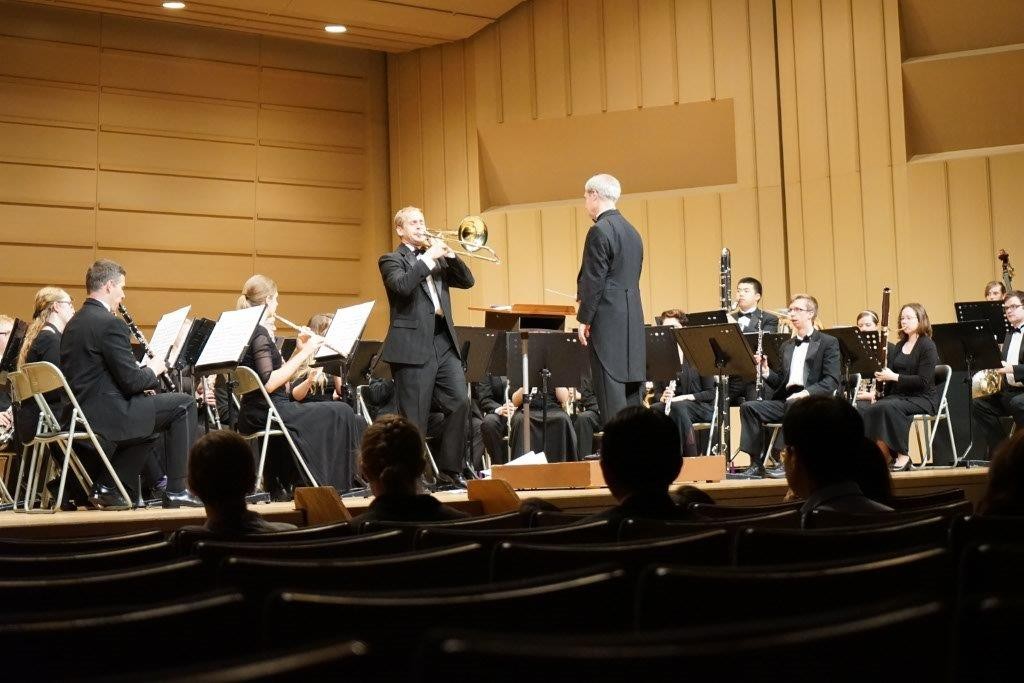