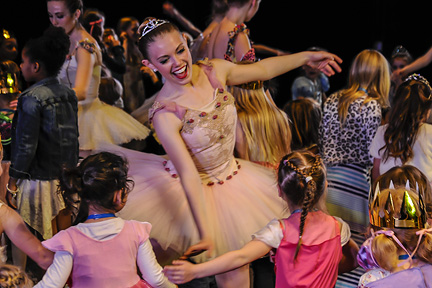 </a> Theatre Ballet is wrapping up its weeklong tour to Nevada and California this Saturday, February 27. <br> So far, the group has traveled to Reno, NV; San Jose, CA; Merced, CA; Paradise, CA; Lakeport, CA; Oakland, CA; and will conclude the tour in Modesto, CA. <br> Technical Director Michael Handley had this to say about Theatre Ballet's tour so far: "I never would have thought that little children would sit in such rapt attention for a 90 minute performance. These children remain fully engaged for the entire time. Last evening a 3-year old girl danced in the aisle next to me the whole second act. When a dancer's leg went up, so did hers. When a ballerina raised her arm, hers went up with it. When the audience applauded, she took her bow as though everyone was clapping for her." <br> A unique element of Theatre Ballet performances includes a "Prince & Princess Party" either before the show or at intermission. Of this part of the show Handley said, "It seems as though hundreds of children flock to the stage to dance out their fantasy with the beautiful ballerinas." Theatre Ballet may be concluding its tour, but the impact the group made on audiences, communities, and even members of the tour will not be soon forgotten. "This show has captured my heart and showed me yet another way Brigham Young University and its students are impacting the world," said Handley. 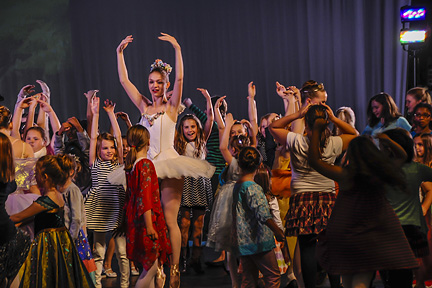 "It seems as though hundreds of children flock to the stage to dance out their fantasy with the beautiful ballerinas." - Michael Handley, Technical Director 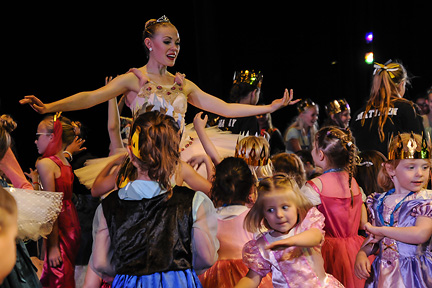 A Theatre Ballet dancer shows young audience members how to act like princes and princesses. 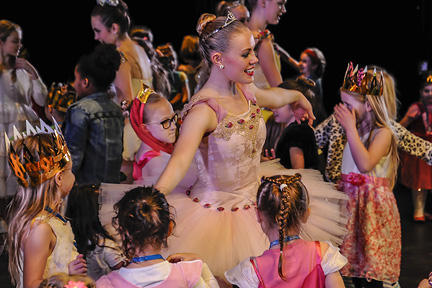 Want to follow Theatre Ballet on tour? "Like" their <a href="https://www.facebook.com/BYU-Theatre-Ballet-192411116254/?fref=ts">Facebook page</a>! <br> Missed a performance? View their upcoming performance schedule <a href="https://pam.byu.edu/group/theatre-ballet/?P=performance-schedule">here.</a>